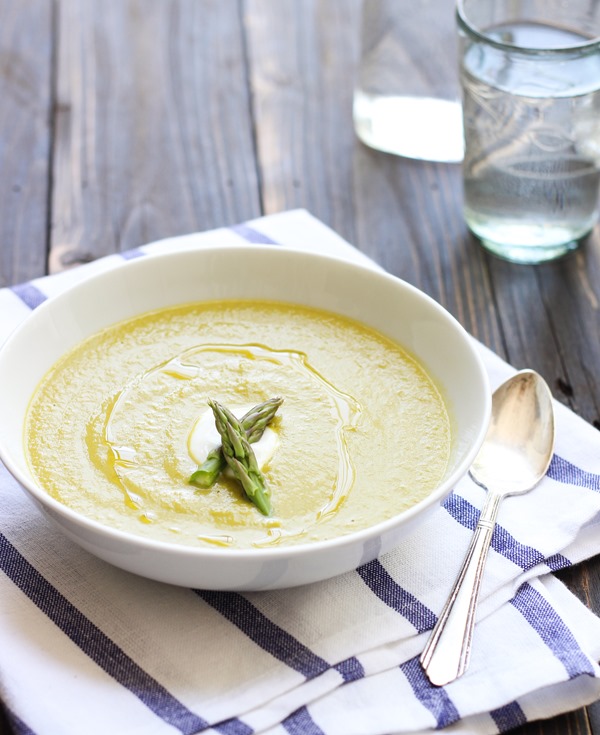 I know what you’re thinking…what the heck is chilled soup?

I thought the same thing at first when I saw it on the menu at Lalime’s, a well-known French restaurant in Berkeley. We were given a gift certificate as a wedding gift and I could hardly wait to make reservations. It was highly recommended to us by Brandon’s boss who is also a foodie so I knew it had to be good.

As it turns out, all of the food was mind blowing, including the strawberry shortcake that we devoured like a pack of wild animals. I could barely walk by the time we were finished but it was worth every second!

This soup was one of the appetizers we ordered and it was surprisingly good. I wouldn’t have thought in a million years that I would enjoy cold soup but I did. In fact, I liked it so much that I made Brandon ask the waitress for the ingredients so that I could recreate it. She said it was made from a base of mirepoux (a combination of onion, celery, and carrot), fresh asparagus, and olive oil. That’s it! 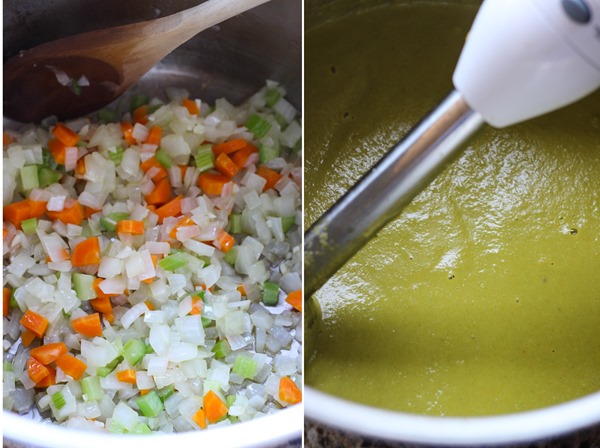 This was shocking to me because the soup had such a creamy texture that I was sure she was going to say there was cream in it.

I didn’t know what to expect when I made it at home because I thought for sure that they put something else in there to make it taste so good but lo and behold, the end result was just as creamy and flavorful. Leave it to the French to make something so simple taste incredible! 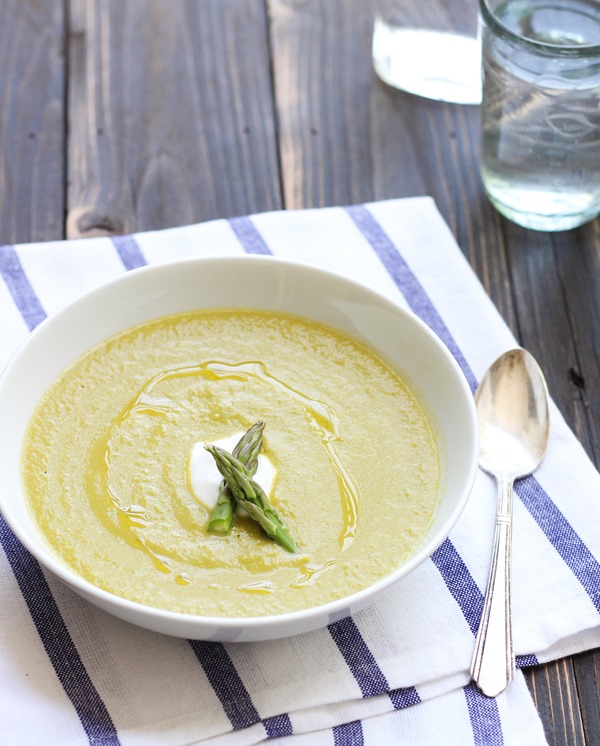 It’s a perfect solution for the hot weather we’ve been having around here too. Light, flavorful, cool and refreshing.

Lalime’s served theirs with crème fraîche but I lightened it up with small dollop of plain Greek yogurt instead. If you’re vegan, cashew cheese might be a good substitution although I have yet to try my hand at that one so I can’t say for sure.

Anyway, if you’re brave enough to give chilled soup I try then I hope you enjoy it as much as we did! 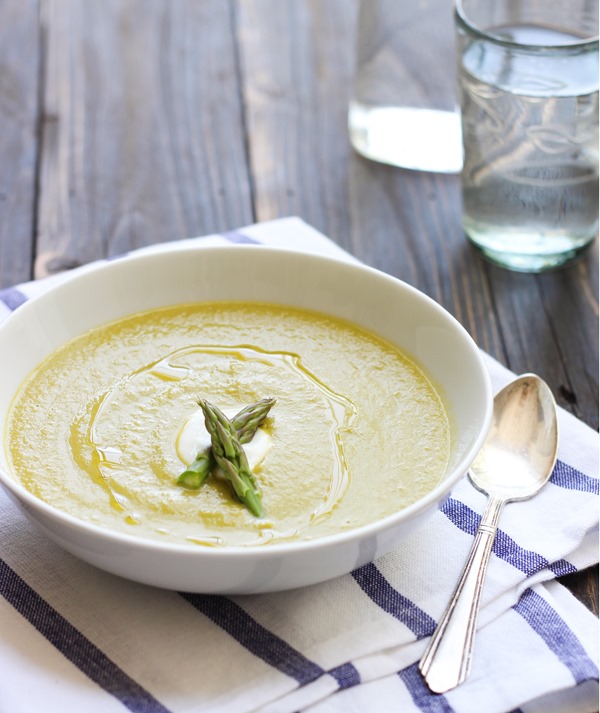 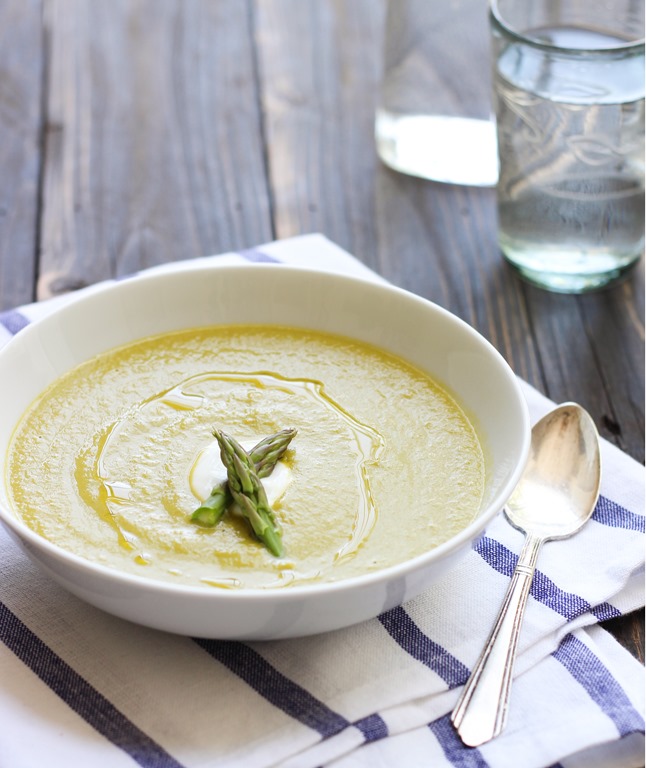 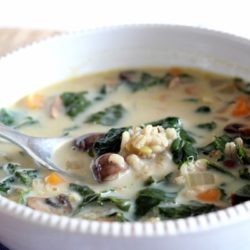 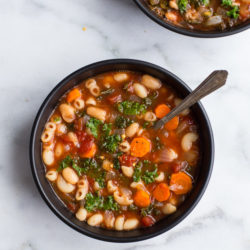 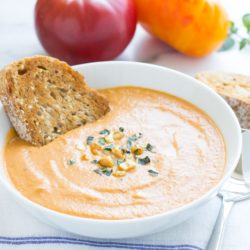