Vegan Eggnog Cinnamon Rolls- these soft and fluffy cinnamon rolls are the perfect thing to wake up to on Christmas morning. They can be prepped the night before and cooked the morning of! 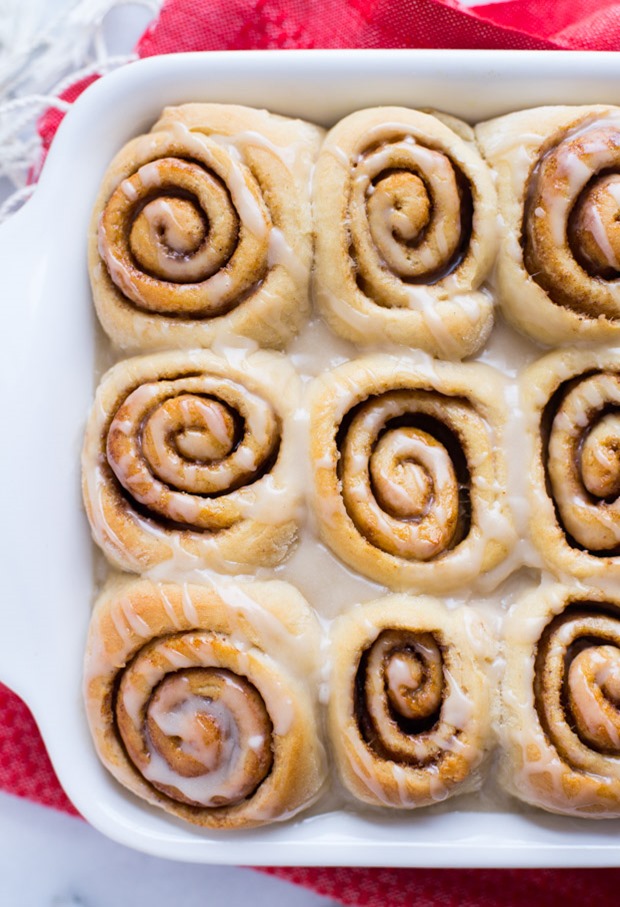 Whenever I think of breakfast during the holidays, my mind immediately goes to cinnamon rolls. There’s nothing better than waking up to the smell of them baking and then sitting down to enjoy one fresh out of the oven topped with gooey melted icing.

My favorite part is the center. That soft, doughy texture filled with cinnamon sugar…UGH. It’s so good, it hurts. 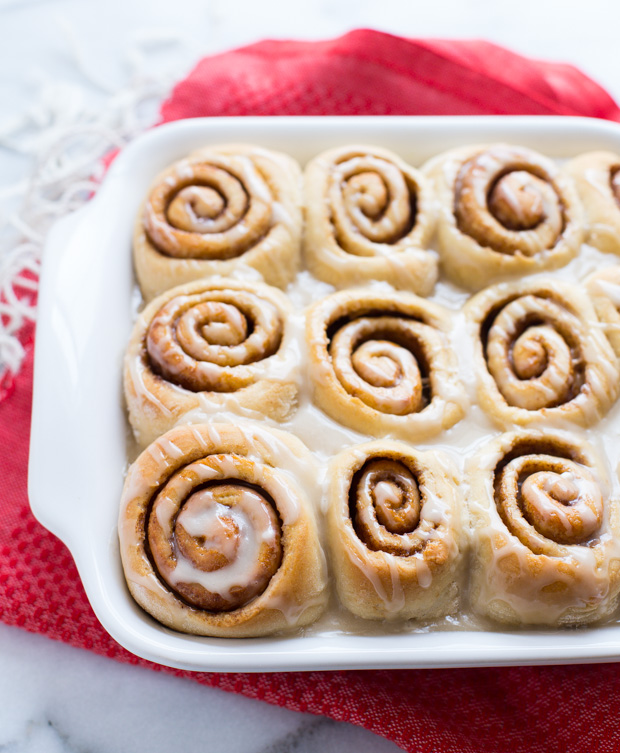 I would eat them every week if I could but I know they’re usually not the healthiest of breakfasts so I try to save them for special occasions, like the holidays.

Another not-so-healthy thing I like to have this time of year? Eggnog. I love the flavor but it’s usually so rich that I can’t drink more than just a few sips. I want to taste it but I don’t want to feel it, if you know what I mean.

Then recently I discovered Silk’s Almond Nog and it was like all of my dreams came true. It tastes amazing, just like real eggnog, but without all of the heavy dairy and saturated fat. #winning 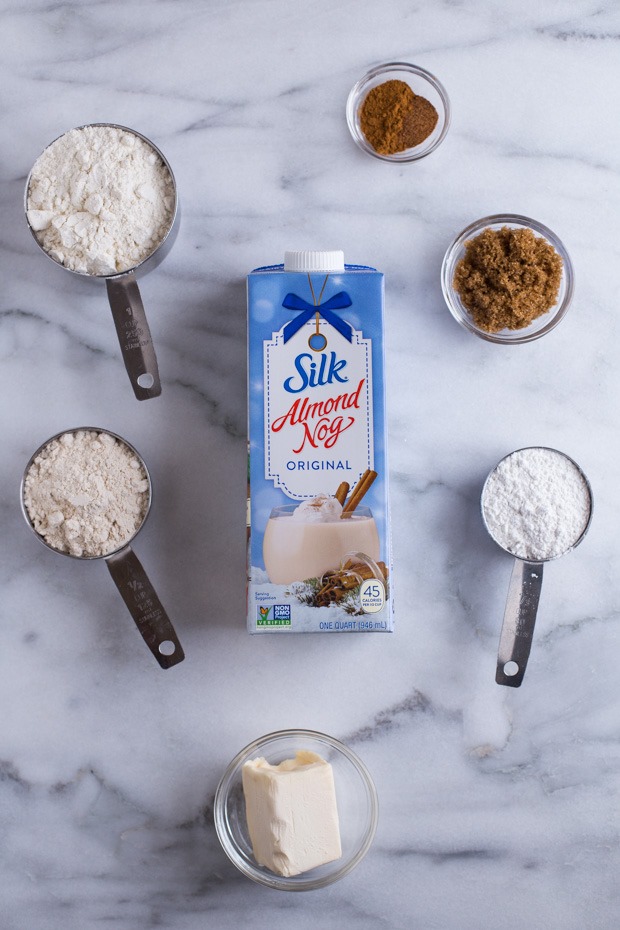 It took me all of three seconds before I decided that I had to put the almond nog in a batch of homemade vegan cinnamon rolls.

Let me just say, it was the best idea EVER. Combining the flavors of cinnamon sugar and eggnog in a soft doughy bun is almost orgasmic. Maybe I should have titled them “Better Than Sex Cinnamon Rolls”? 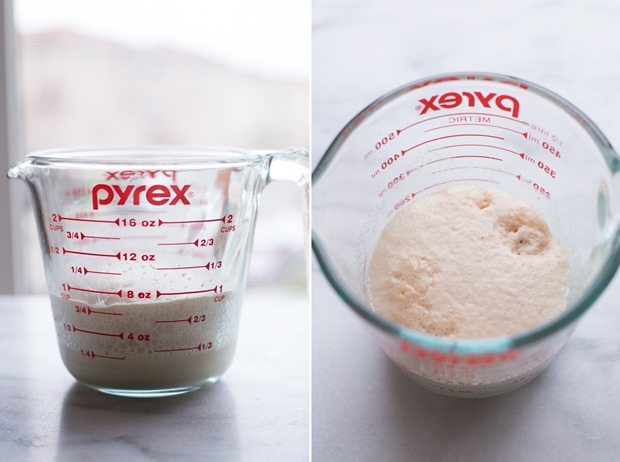 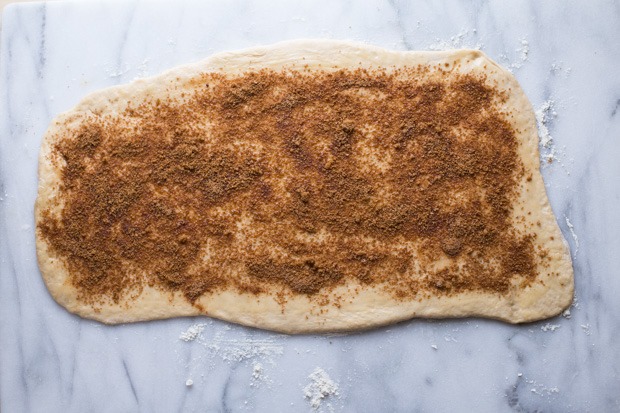 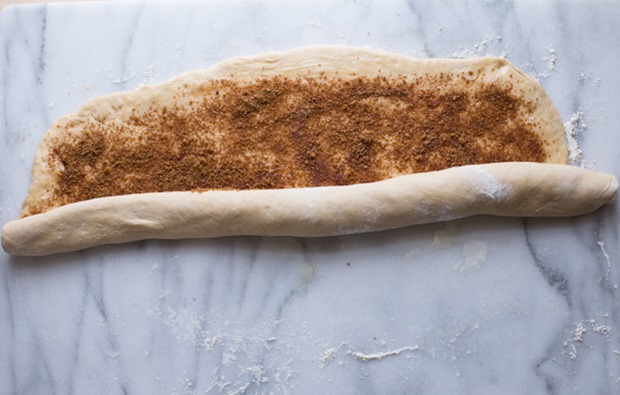 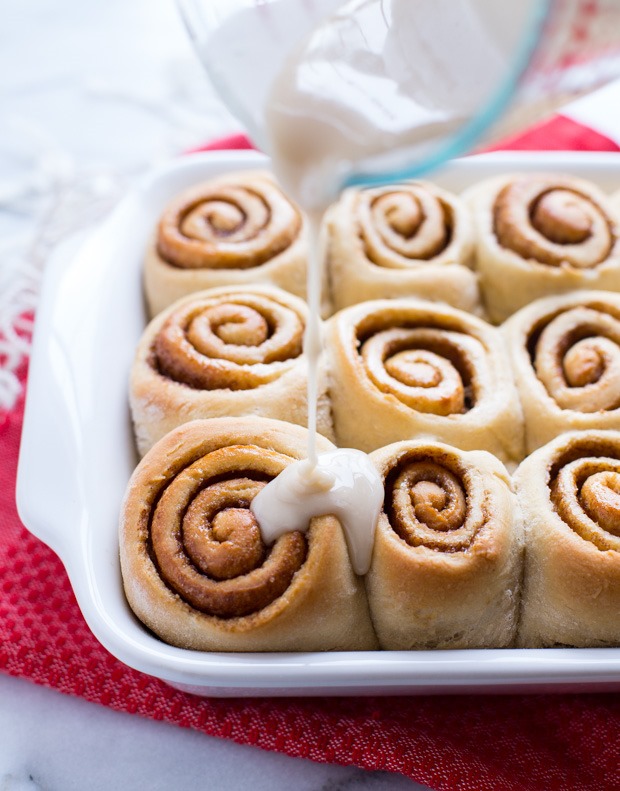 Also, I haven’t tested these with gluten-free flours so I can’t say if that will work or not. Maybe one day I’ll be brave enough to give that a try!

In the meantime, I’ll be making these again on Christmas morning. I hope you love them as much we do! For more delicious dairy-free recipes, be sure check out Silk’s holiday webpage! 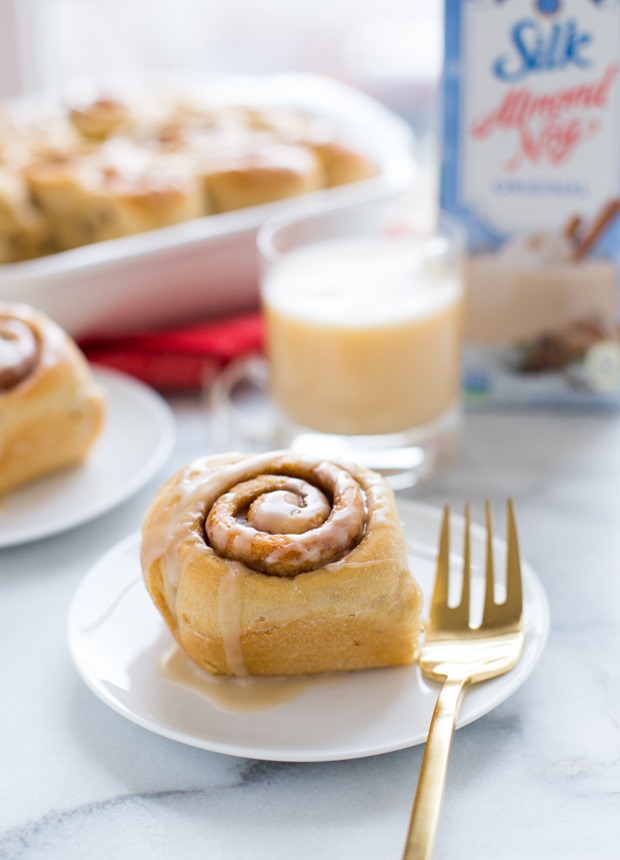 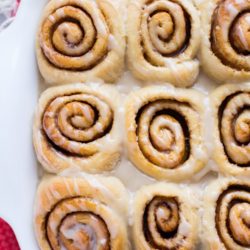 In a measuring cup, add 1/2 cup warm water (see notes), 1 tablespoon sugar and packet of yeast. Stir to combine then aet aside for 10 minutes, until yeast begins to foam.

Spread out a large sheet of parchment paper and lightly sprinkle with flour. In a large bowl, sift together the flour and salt then set aside.

In a saucepan, combine the vegan butter, almond nog and sugar. Cook over low heat, until the margarine has melted. Remove from heat and set aside.

Add the melted butter and almond nog (make this mixture is lukewarm, not hot) to the bowl with the flour, then add the the yeast. Stir until a dough forms. If it is too sticky to handle, try adding a few tablespoons of flour.

Transfer the dough to the parchment paper and use your hands to knead for about one minute as you shape it into a ball. If the dough is too sticky, sprinkle in more flour until you can knead it without it sticking to your hands. If you need to, lightly oil your hands to help keep the dough from sticking to them.

Lightly grease a bowl with oil, place the ball of dough inside, cover and then place it in a warm place (such as the oven) to rise for about an hour, until the dough has doubled in size.

Once the dough has risen, place it back onto the lightly floured hard surface. Use a rolling pin to roll it out into a large rectangle, about 16″ long. Combine the sugar, cinnamon and nutmeg in a small bowl and stir together. Brush the top of the dough with the melted butter then sprinkle the cinnamon sugar on top.

Roll up the dough from the longer side then lightly pinch it to seal the seam. With the seam down, cut the dough into 12 separate rolls using a serrated knife. Place the rolls into a lightly greased 9 x 13” baking dish with the cut side facing down and cover. Set aside in a warm place to rise for an additional 30 minutes.

Preheat the oven to 350°F and then bake rolls in the oven for 10-15 minutes, until they are light golden brown on the edges. Remove from the oven and set aside while you prepare the glaze.

In a small bowl, stir together the ingredients for the icing until a smooth glaze has formed. Add more sugar if a thicker texture is desired. Drizzle icing on top of cinnamon buns then serve immediately. Store leftovers in an airtight container in the refrigerator for up to 3 days.

If you’d like to prepare the cinnamon rolls in advance, make them up until the second rise then cover and store in the refrigerator overnight. The next morning, remove them from the fridge and let them sit in a warm place for 30 minutes. Preheat the oven and cook as directed then top with icing and enjoy!

This is a sponsored conversation written by me on behalf of Silk. As always, all opinions and text are entirely my own. Thank you for supporting the brands that help make this site possible! 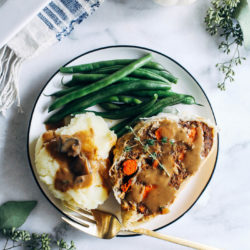 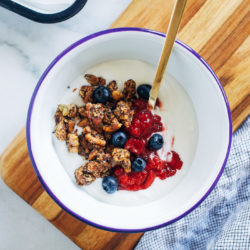 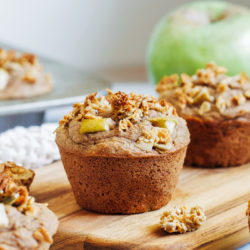