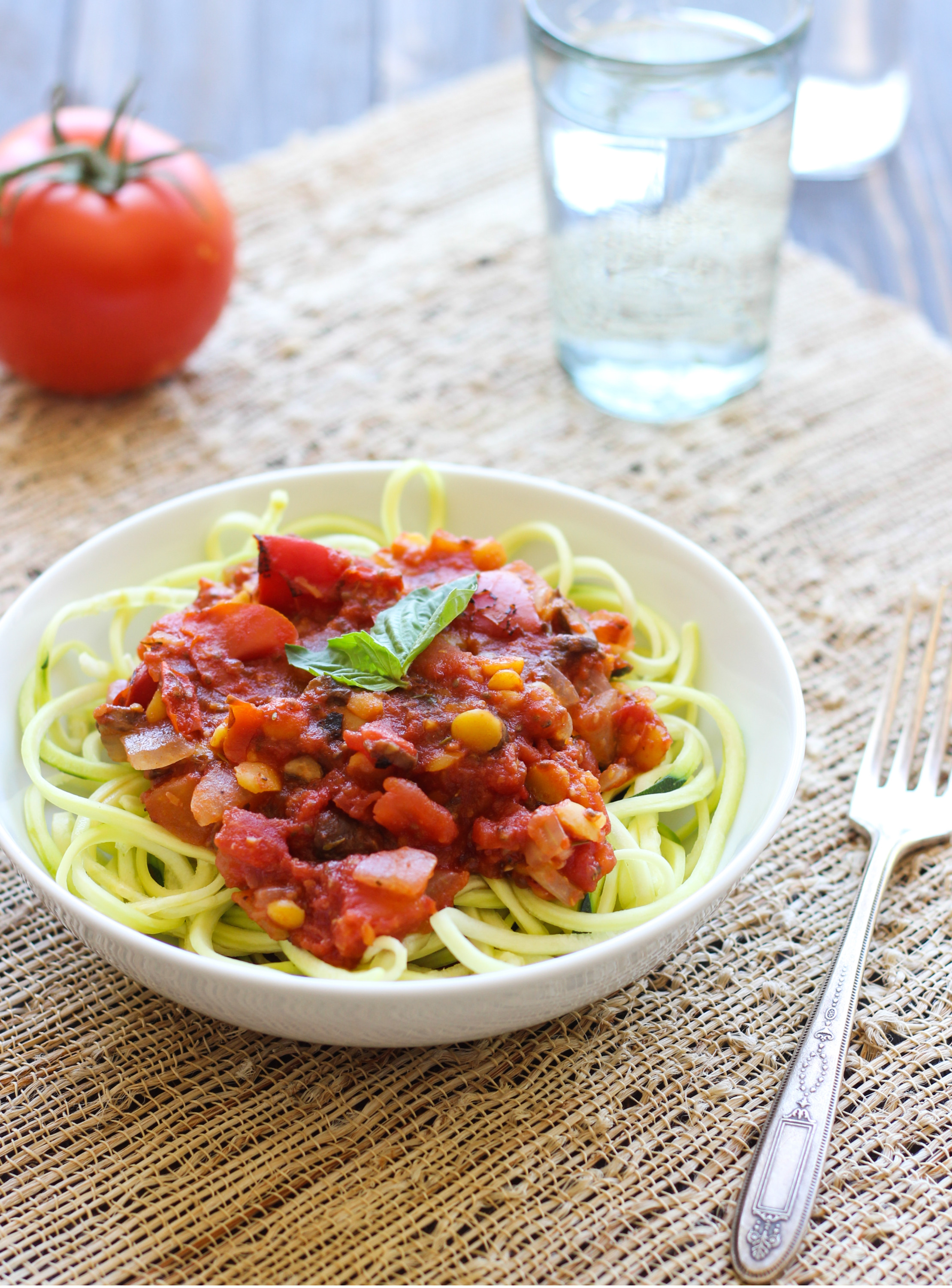 Hey guys! I hope you all had a nice weekend.

Mine was awesome; we took a trip to the farmers market, walked Coco on some new trails, had brunch at a local French cafe, and then laid by the pool for a few hours before heading home to a bottle of wine. It was everything I needed and more.

Anyway, let’s talk about that bowl of deliciousness staring us in the face, shall we?

Today I’m sharing a recipe from one of my favorite blogger’s best-selling book, The Oh She Glows Cookbook. 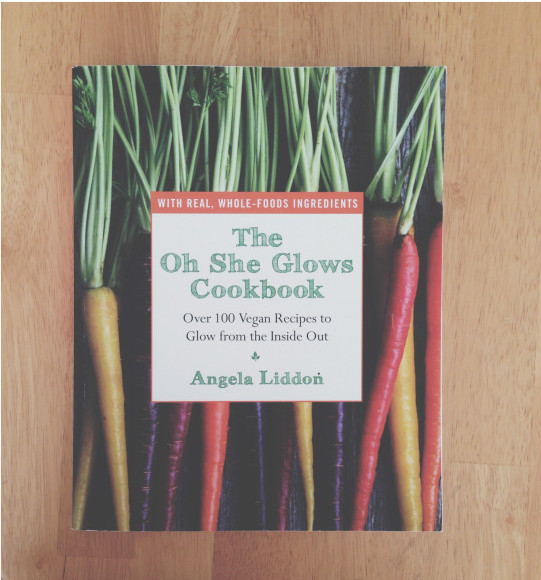 I’ve been following Angela’s blog since 2009 and she’s been a huge inspiration to me ever since. Naturally I was stoked when I heard she would be publishing her own book and immediately preordered a copy which I received back in March.

After all of the wedding madness passed, I finally had a chance to sit down with the book and I was blown away by what a beautiful job she did. Just like her blog, the photography is stunning and every single recipe is meticulously constructed. I have no doubt that it will be one that I refer to for years to come. 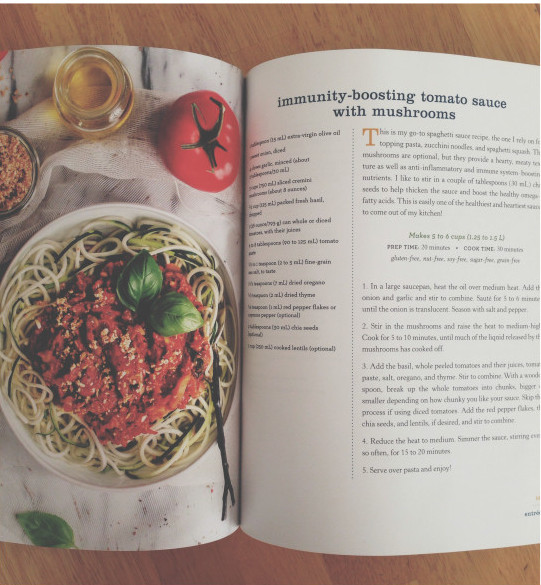 Deciding on what to make first was a challenge but my curiosity for spiralized zucchini noodles ultimately narrowed it down.

Angela actually has a post on how to use a julienne peeler to spiralize vegetables so if you have one of those handy then you’re good to go. Since I’m apparently way behind the trend of veggie noodles, I didn’t have anything so I had to make a quick trip to Sur la Table and ended-up with a Spirelli Spiral Slicer. 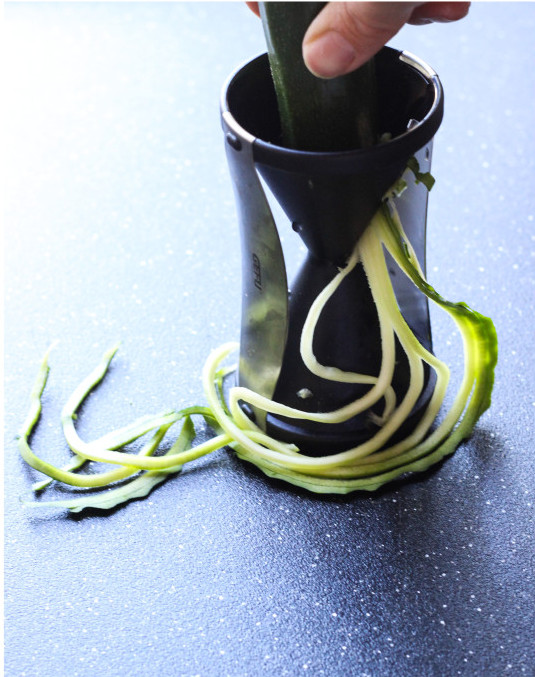 If you haven’t gotten around to spiralizing yet, you should give it a try! It’s obviously healthier than traditional pasta but also, since I didn’t bother cooking the noodles, it even took less time to prepare.

The immunity-boosting tomato sauce also comes together relatively fast and I love that Angela thought to add chia seeds to the mix. It might sound weird at first but with all of the other textures in there, you barely notice them. Plus they help create a thicker sauce which I personally love. Thick with lots of chunky vegetables is where it’s at, baby!

The recipe also suggests adding lentils but I decided to try out yellow peas instead and they worked great. 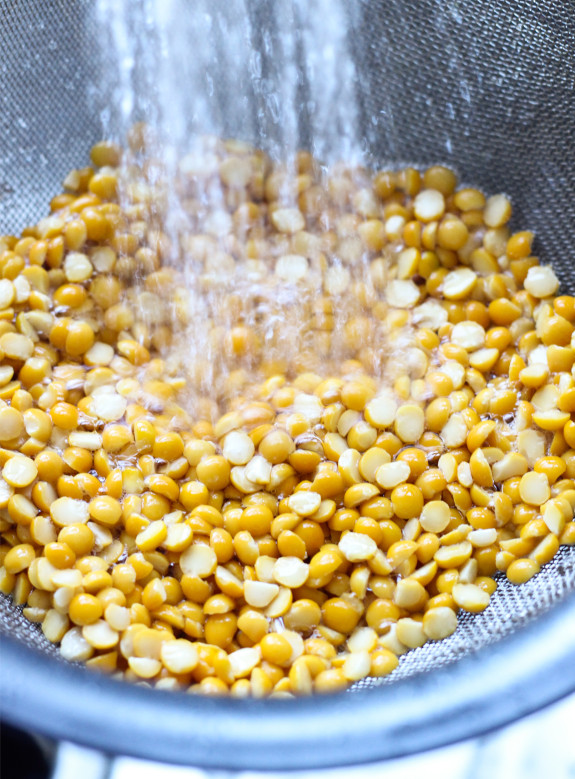 Nutrition-wise, split peas are considered to be on-par with lentils but I just thought it would be fun to try something different.

The end-result was a hearty sauce that made for a delicious and satisfying meal. I could feel my immune system thanking me for it too. ;)

Hopefully you get a chance to try some and to check out Angela’s book! 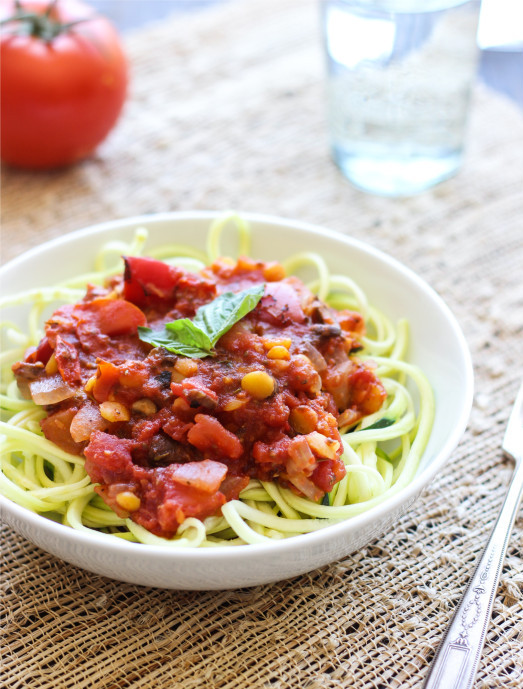 1 (28 ounce) can diced tomatoes, including juices

I used 6 zucchinis to make enough pasta for the sauce.

Recipe from The Oh She Glows Cookbook 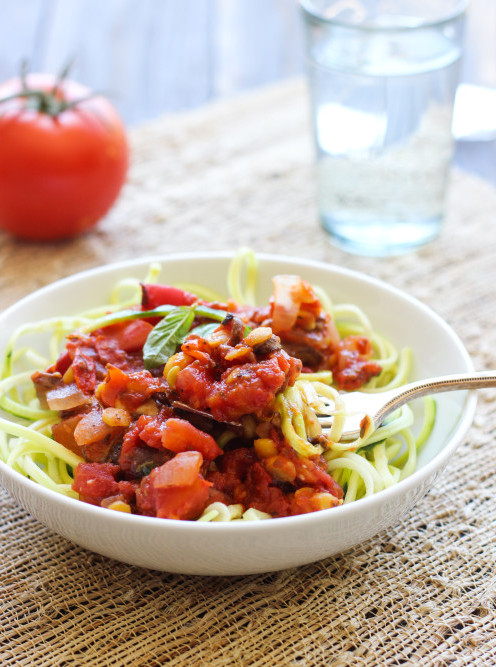 I was not compensated or given free products for this post. I’m just simply a fan of the product. As always, all opinions are entirely my own. 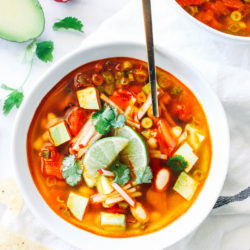 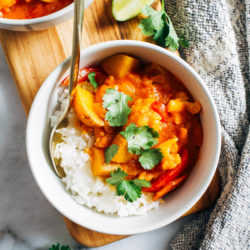 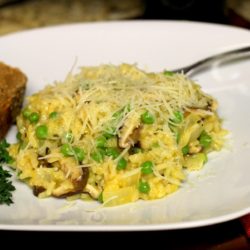