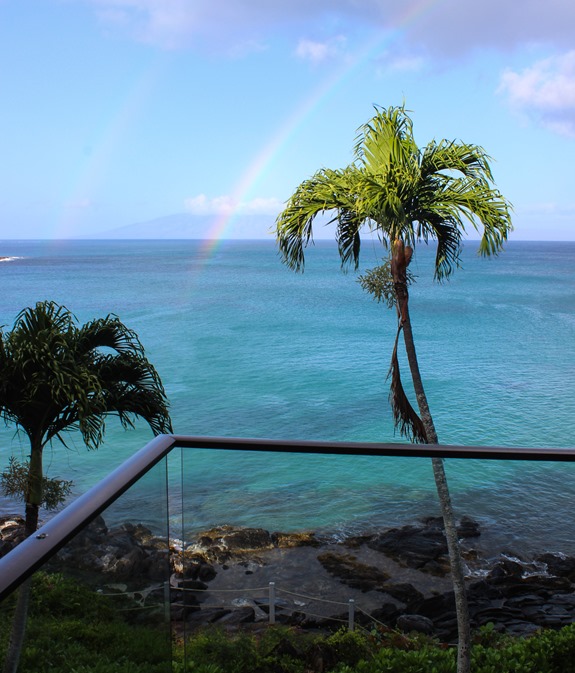 Maui was such an incredible place with so much to do and see! After a five hour flight from San Jose we arrived in Kahului which is located in what’s considered to be the central part of the island. This area is known for strong winds, acres upon acres of sugar cane, and a beautiful back drop of the western mountains. 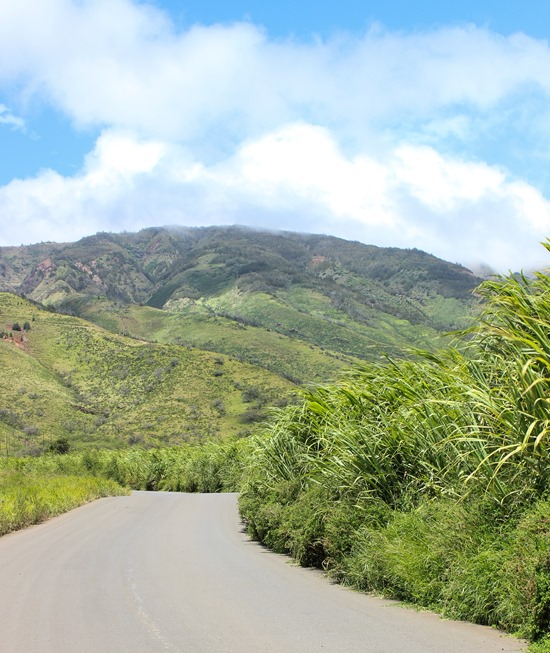 Our first stop on the drive to Napili was at a small hut selling fresh coconuts. They gave us the option of a coconut with more flesh or one with more water and we went for water which left us feeling nice and hydrated after a long plane ride. 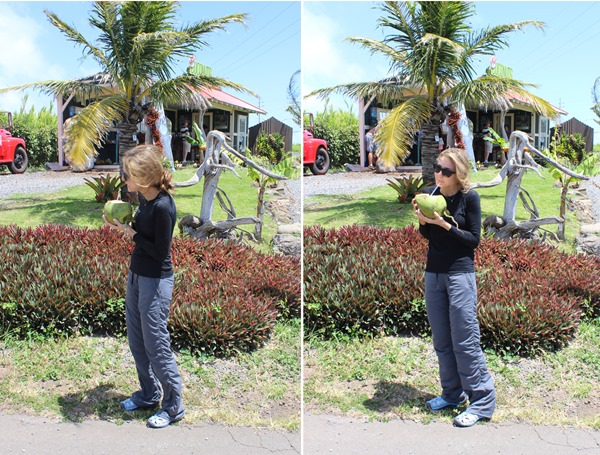 And that picture should tell you how windy it was. Just look at my pants! It was so strong, it almost blew me and my coconut away. 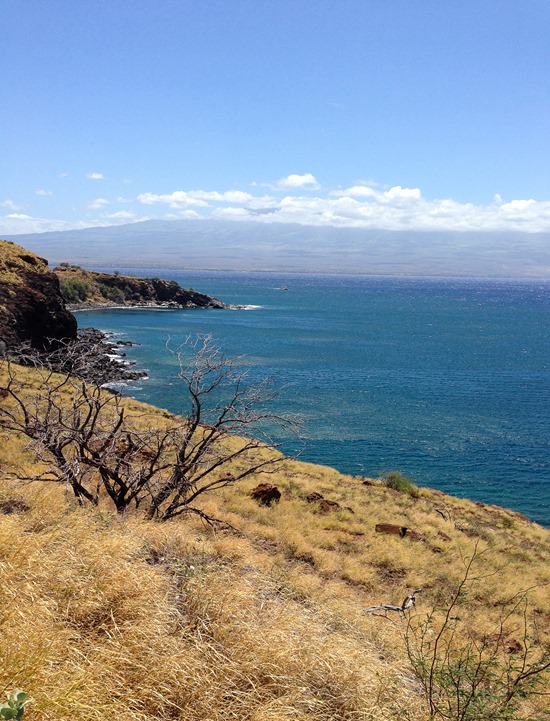 Our first view of the coast was beautiful but also a little deceiving because it changes drastically as you start to head west. On the way to the hotel, we stopped at a place called Choice Health Bar {I did my research ahead of time, of course} for a healthy bite to eat. 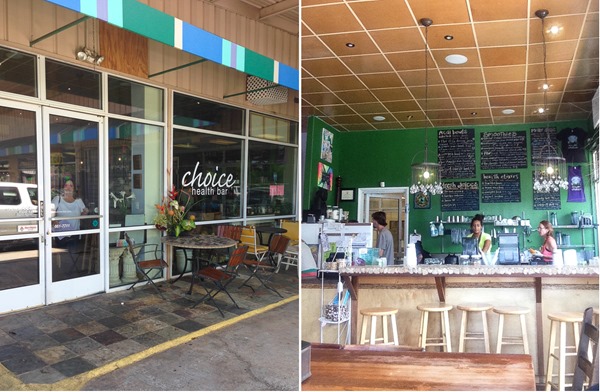 The food there was awesome! I especially loved the vegan sushi topped with avocado and mango. It was like a work of art! I had to give my wasabi to Brandon though. My wimpy taste buds can’t handle that much heat. 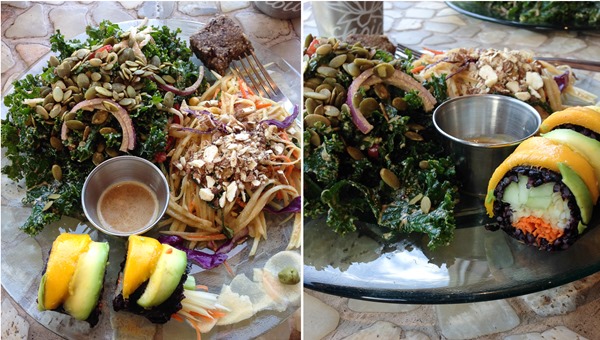 The hotel we stayed at, Napili Kai Beach Resort, is nestled on Napili Bay in northern Lahaina. 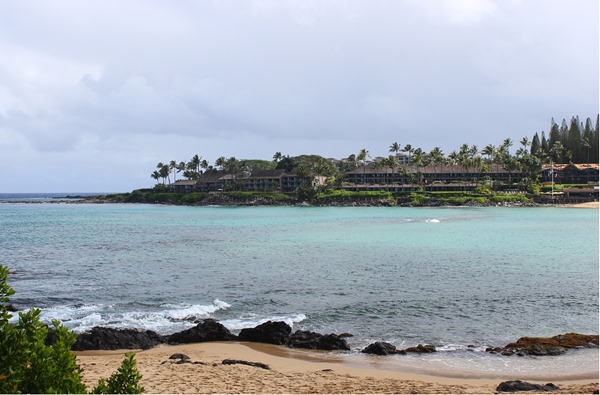 The weather in this part of Lahaina is a little different than the downtown area, which is typically warm and sunny with very little wind. But the benefit is that the occasional clouds and light rain showers make the surroundings feel lush, giving it more of an authentic Hawaiian feel.

And there are musical Myna birds to wake you up every morning! I don’t think everyone is as excited about that part but we really enjoyed listening to them. 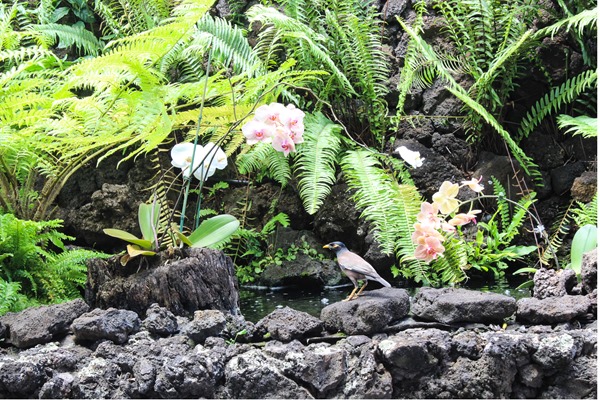 Napili Kai is actually an independently owned resort that’s been in business for over fifty years. Some of their rooms don’t even have air conditioning {you don’t really need it} but ours did. 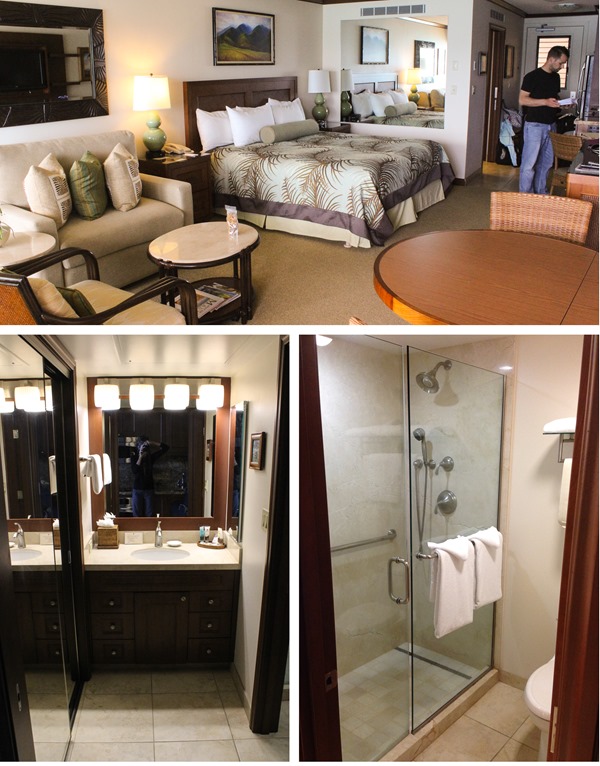 It was an ocean front studio that had been recently remodeled and it had everything we needed and more, including an incredible view. 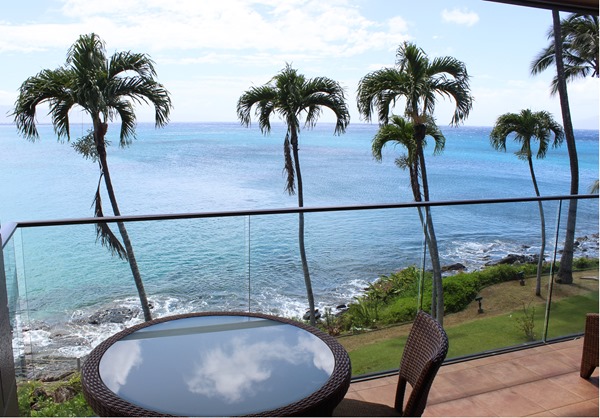 It was so relaxing to sit on the patio and listen to the ocean. What I wouldn’t give to wake up to that every day! 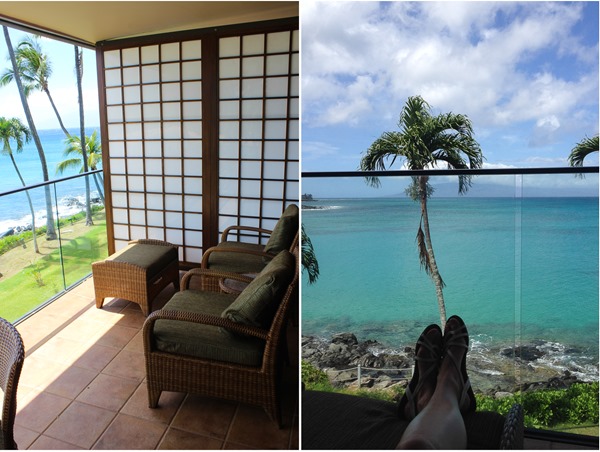 The room was also only a few steps away from the beach, where they provide complimentary chairs, towels, water, and snorkeling gear. 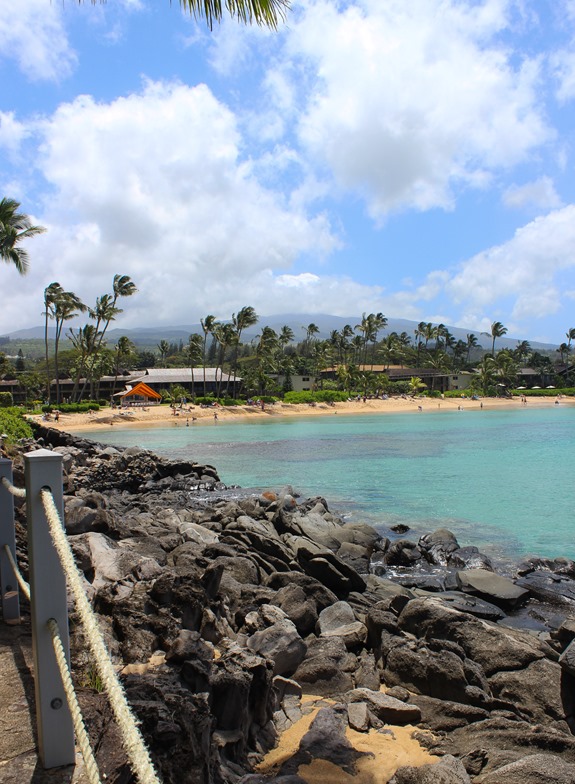 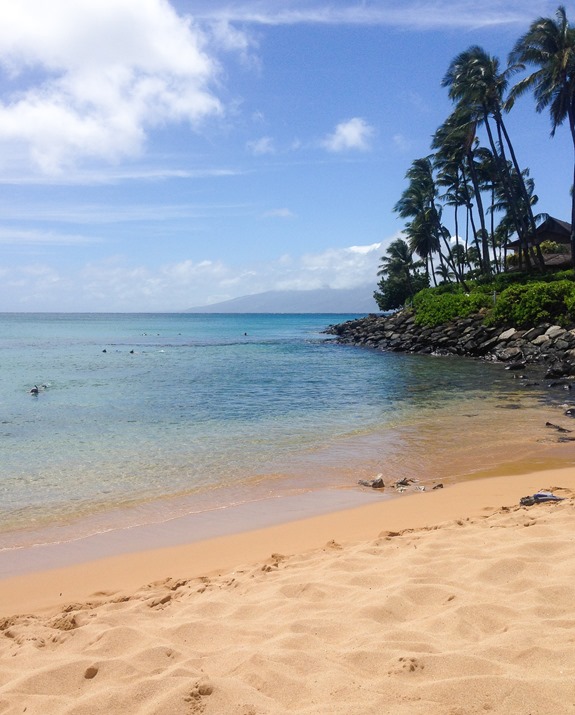 We rented a few stand-up paddleboards but unfortunately the wind made it really challenging. If you stopped paddling for even a minute, you immediately started drifting toward the middle of the ocean into a dangerous {Hawaiian translation: gnarly} current.

At one point, I got so frustrated that I sat down and started whining to Brandon about the wind. Then all of a sudden this little guy popped his head up! 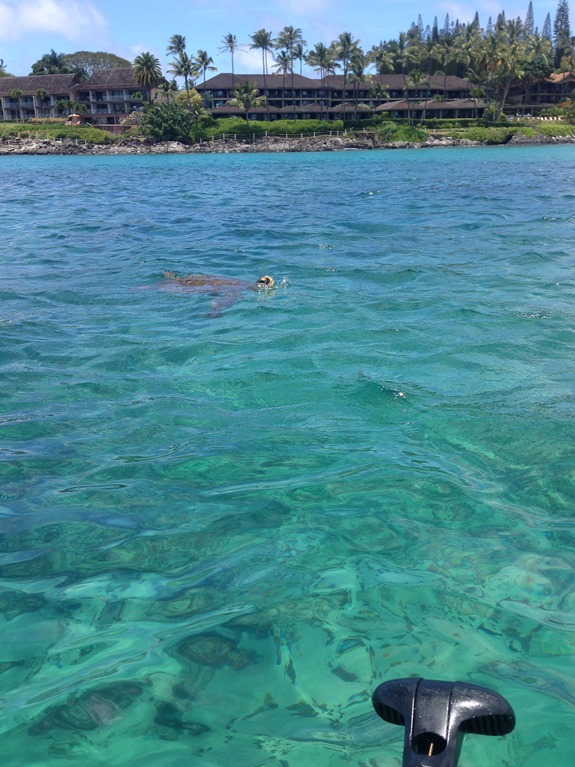 I’m pretty sure that he said something like, “quitcherbitchin”.

Even though the strong wind wasn’t ideal, we tried our best to make the most of it for a few hours. We also snorkeled {this is a great spot for it!}, hung out on the beach and watched a little terror named Killian destroy everyone’s sand castle. 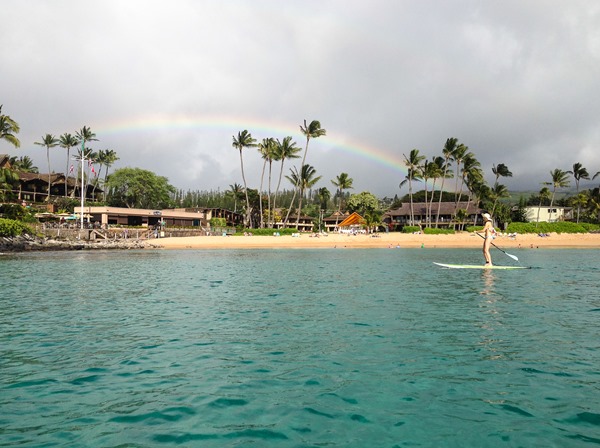 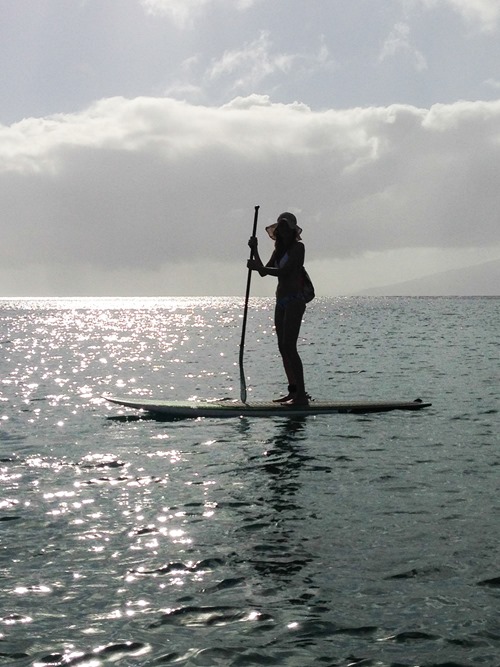 For dinner we ate at Napili Kai’s on site restaurant, Sea House. It’s fairly casual so we didn’t even bother getting out of our swimsuits. A little towel action was all it took and we were on the patio, enjoying dinner and taking in a beautiful sunset. 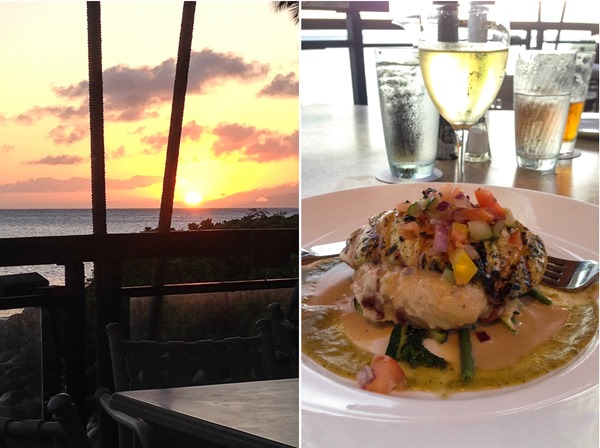 I tried the Monchong which is a native Hawaiian fish that’s similar to Mahi Mahi. I don’t usually cook fish at home because Brandon won’t eat it, but it was hard to pass up while we were there. It was so fresh!

Overall the best part about staying at Napili Kai was Mama Cat. 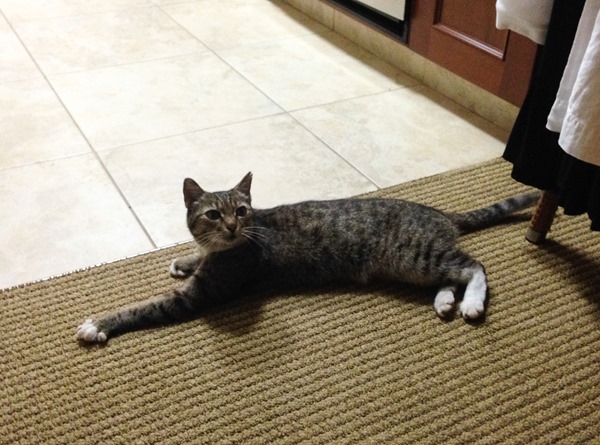 She’s the resident cat and likes to beg everyone for leftovers as they come back to their rooms in the evening. We let her in our room to hang out for a while but once she realized we didn’t have any goods, she was on to the next one. Typical cat for ya!

I have more details of the trip to share with you so stay tuned! 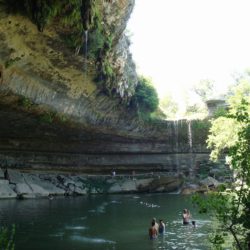 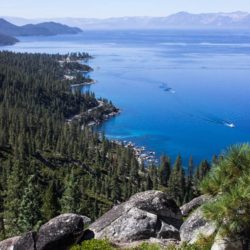 Where to Eat, Stay & Play in Lake Tahoe 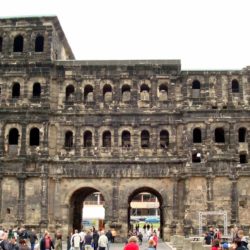