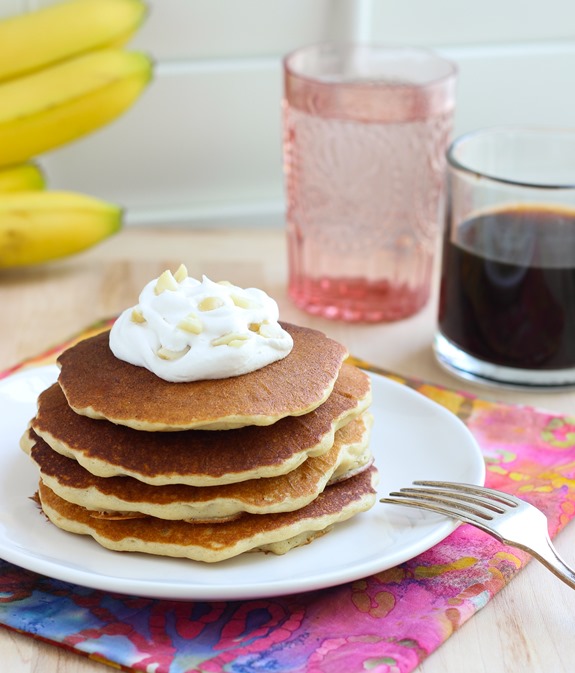 We’re going back to Hawaii today! The land of waterfalls, pineapple trees and pristine beaches. I figured after a long, sunshine-filled weekend, it would be good to start the week off dreaming of Maui.

Speaking of which, how was your weekend? Did you celebrate Memorial Day?

We didn’t do much because I had to work, but I am so very thankful for all of the men and women out there, as well as their families, who have sacrificed so much for our freedom. Thank you from the bottom of my heart! I wish I could serve you all a big stack of fluffy pancakes. 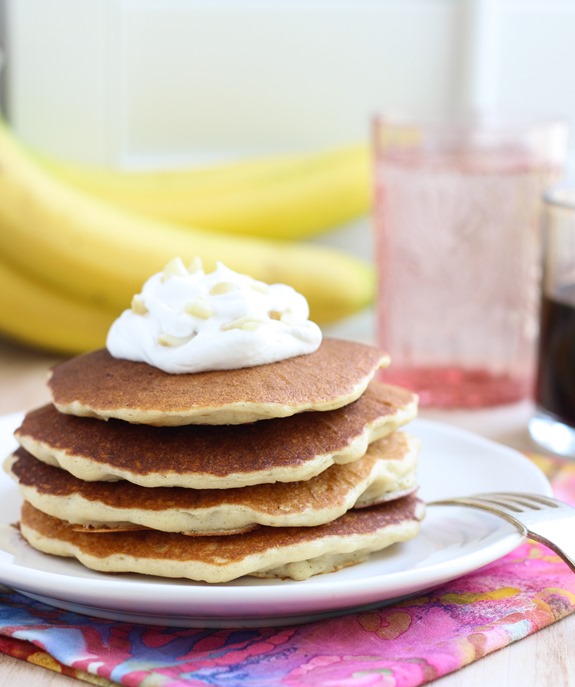 But not just any pancakes. I’m talking about the most amazing pancakes I’ve ever eaten. Just thinking about them makes me swoon.

Some of you might’ve seen said pancakes on my Instagram while we were away on our honeymoon. It was the second day of the trip and we were staying on Napili Bay, one of the most beautiful beaches on the island. 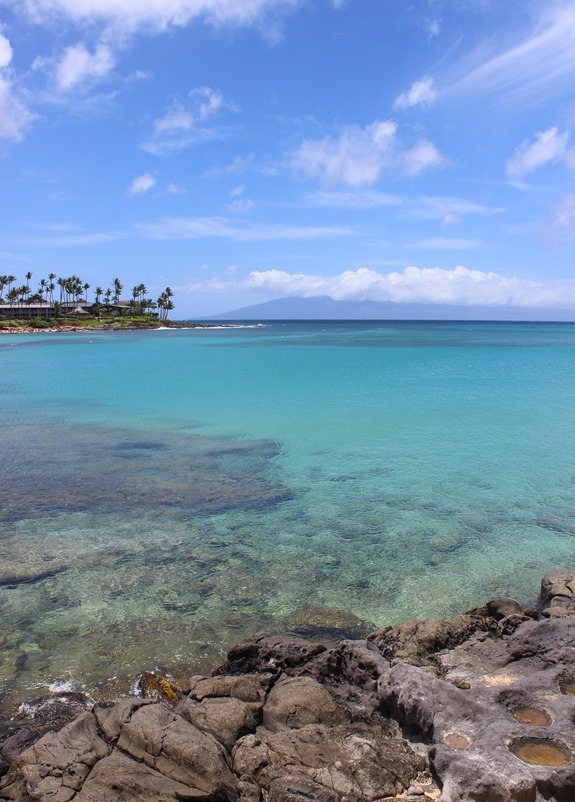 Right on the edge of Napili Bay is a restaurant that’s famous for it’s outstanding breakfast and breathtaking views. It might not look like much from the outside, but the daily line out the door is proof that it’s well worth the wait. 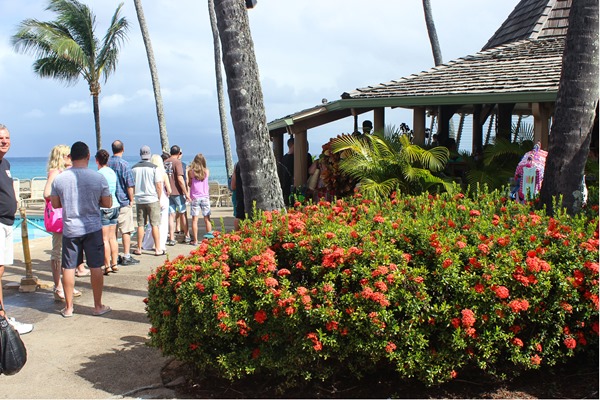 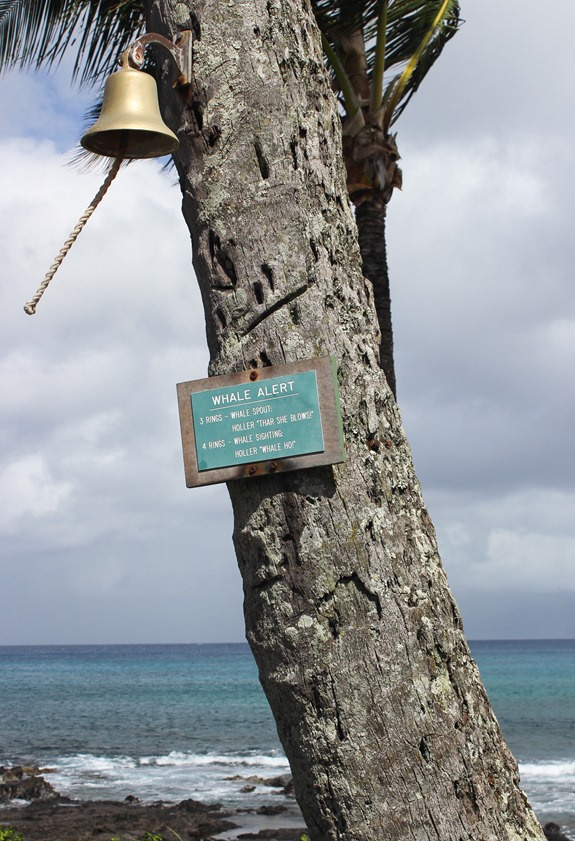 We were there a little late in the season to see any but I can imagine it’s an awesome sight.

We actually found out about Gazebo from a jeweler at Na Hoku in California, where we bought Brandon’s wedding ring. She was originally from Lahaina and gave us a list of things to do and see while were on the island and as it turned out, our hotel was only a two minute walk from the restaurant.

To avoid the line, we placied a to-go order and brought it back to our room, where the view was just as good. We sat on the patio and stuffed ourselves to oblivion, enjoying one stack of banana macadamia nut and one white chocolate, both with coconut syrup.

The coconut syrup was so good but I completely forgot to buy some before we left! #fail

On a mission to satisfy my craving, I researched a few different brands online but they were all filled with partially hydrogenated oils and high fructose syrup. Then I decided to try making it at home but all of the recipes I found used a ton of sugar or corn syrup. I mean, where’s healthy coconut syrup when you need it?

Okay, I know, healthy syrup is an oxymoron.  But I tried to make it as healthy as I could by using coconut milk, agave nectar and only one tablespoon of organic sugar, which you could even leave out if you wanted to. 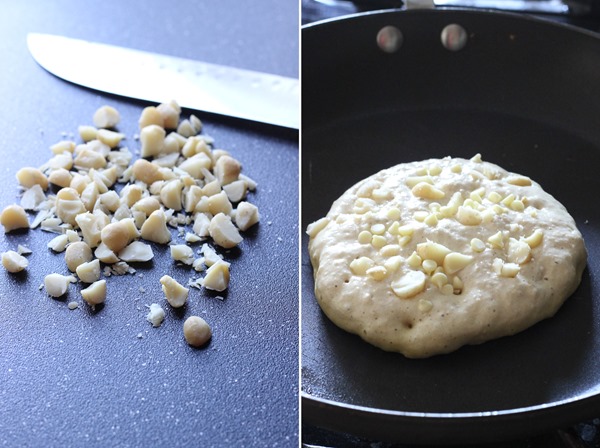 I’ve been working on developing a gluten-free and vegan pancake recipe but after three batches and 4 hours of my Saturday morning in the kitchen, I threw in the towel and used the Quinoa Greek Yogurt Pancake recipe instead. It’s a work in progress.

But these pancakes worked beautifully. They are light and fluffy and the coconut syrup goes perfectly with the macadamia nuts and bits of banana or white chocolate. Just one bite and I can already feel the cool Hawaiian breeze…. 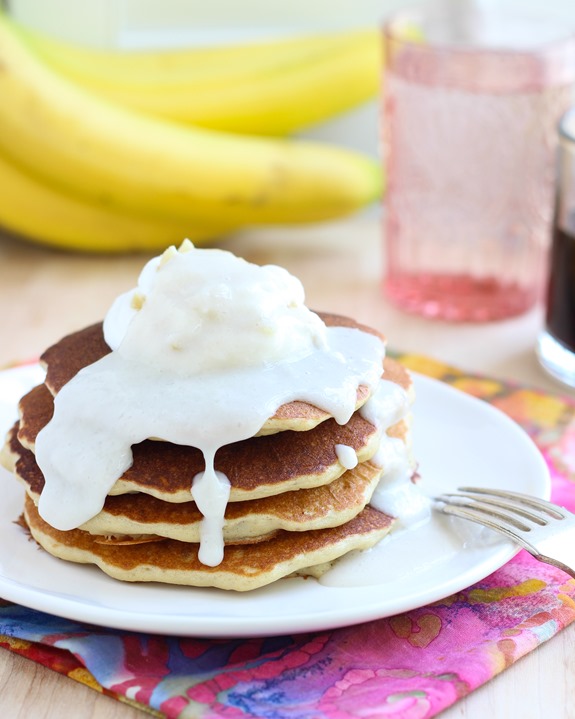 1 tablespoon arrowroot powder (use less for a thinner syrup, if desired) 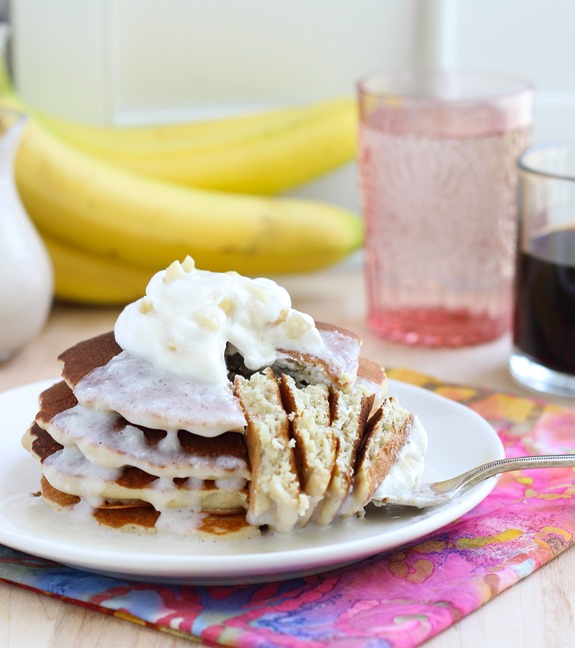 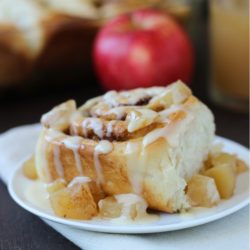 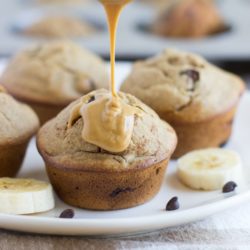 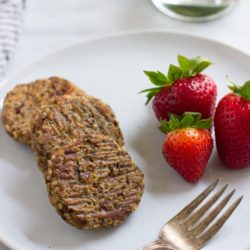