After posting the pictures from Brandon’s trip to Seville, it dawned on me that he has actually been to quite a few impressive locations worth sharing so I raided his travel folder to put something together for another Travel Tuesday post.

When Brandon went to Galway, I was especially jealous because a) it’s Ireland! and b) it was sweltering hot without a beach or pool without empty beer cans floating in it in sight back in College Station.

Ireland, however, was quite nipple-y at the time so I tried to imagine a brisk Irish breeze to cool me britches with while he was away.

According to Brandon, Galway’s an incredibly beautiful place with very friendly people and cute furry goats. While he was there, he stayed at a quaint little B&B where they served fresh, homemade breakfast every morning. 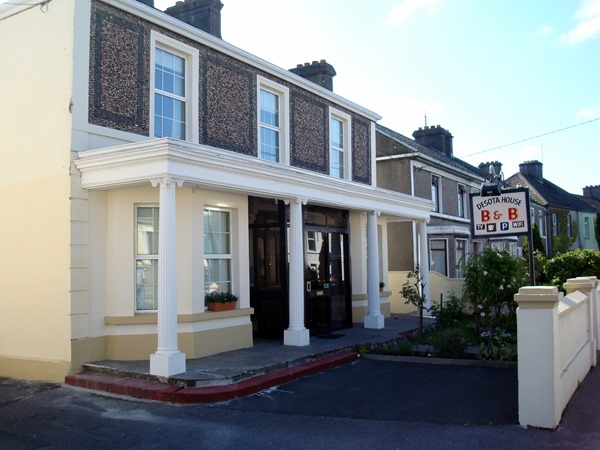 He took a ton of great pictures of Galway, the city he stayed in, but I’m going to dedicate this post to the Cliffs of Moher because they are downright breathtaking.

Can you spot the little dots along the top of the cliff? Those are people! 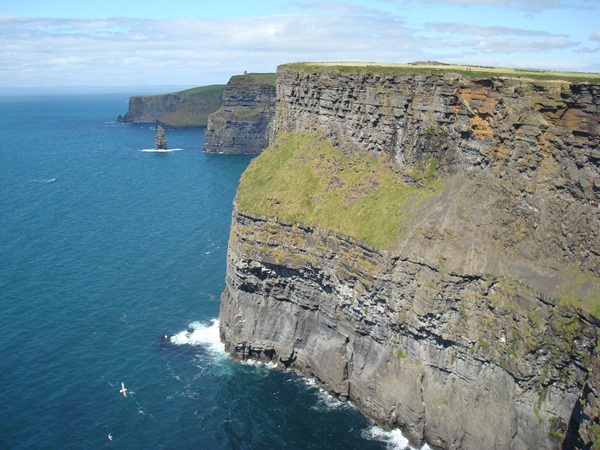 I hope I get to go back with Brandon one day so I can yell at him for standing too close to the edge and scaring the bajeezus out of me. 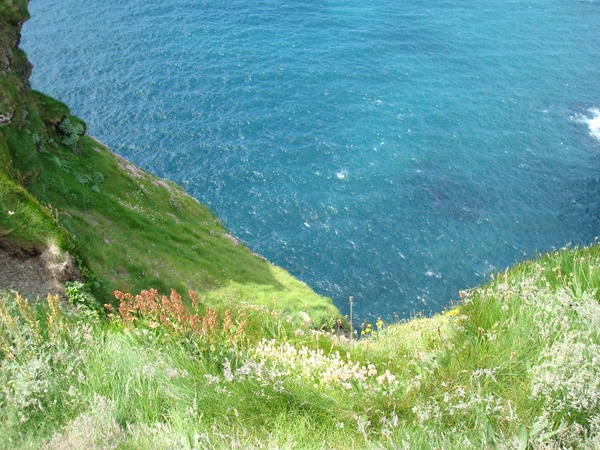 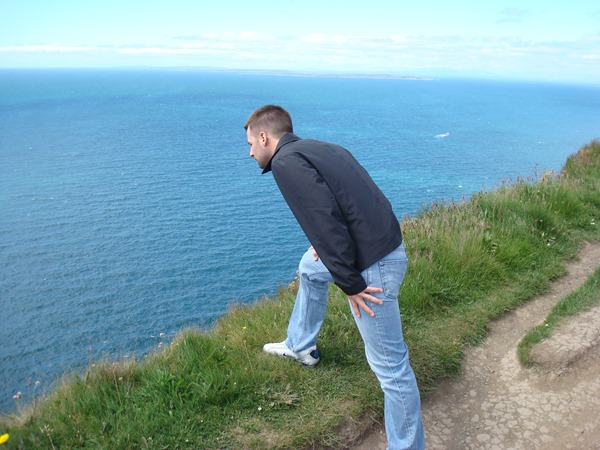 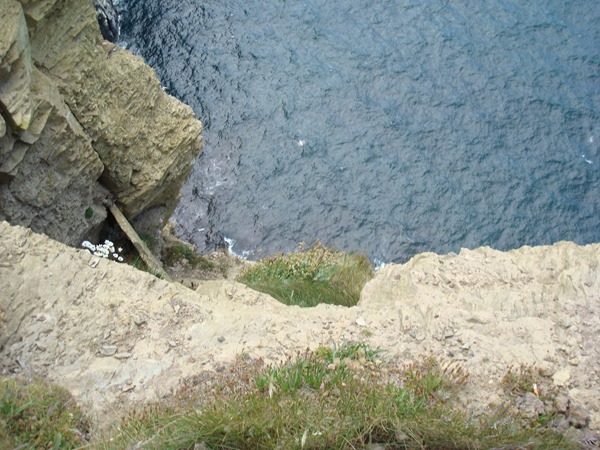 Actually, he and his coworker thought it was a good idea to go past barricades that were put up in front of a trail that leads alongside the cliffs. 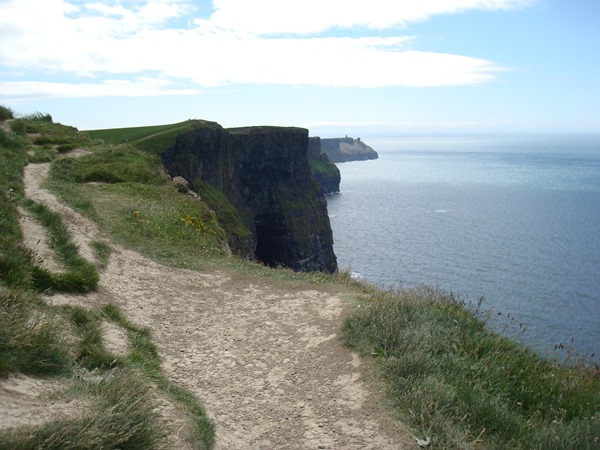 Apparently there were a few tragic deaths from people falling 1,000 feet off the side of the cliff so they closed off the trails all together. 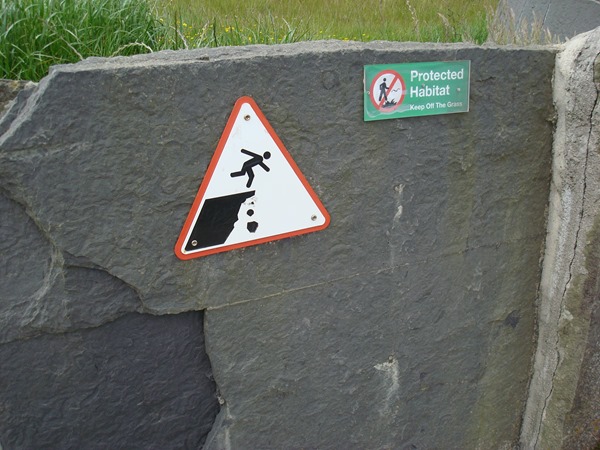 I’m glad they both came back alive but I probably wouldn’t let him do it again if I were there.

As dangerous as it was, he did manage to take some pretty incredible pictures. 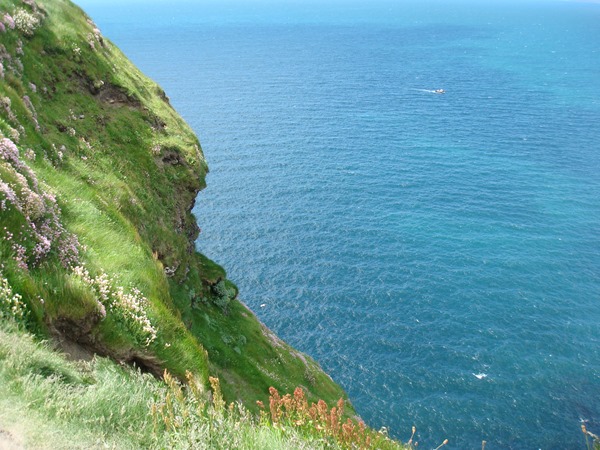 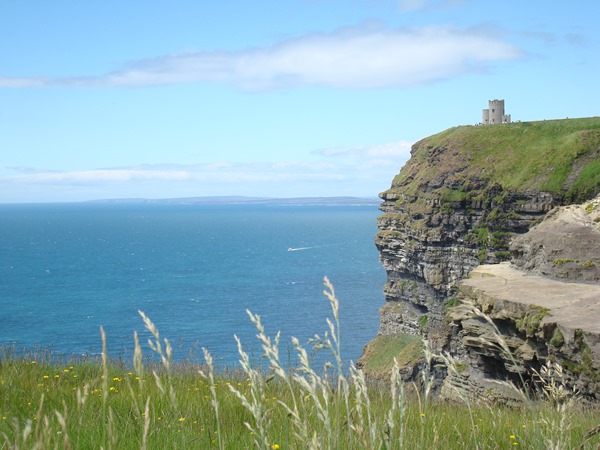 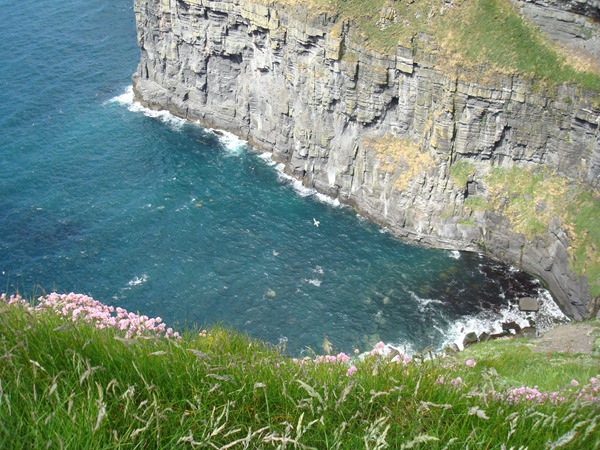 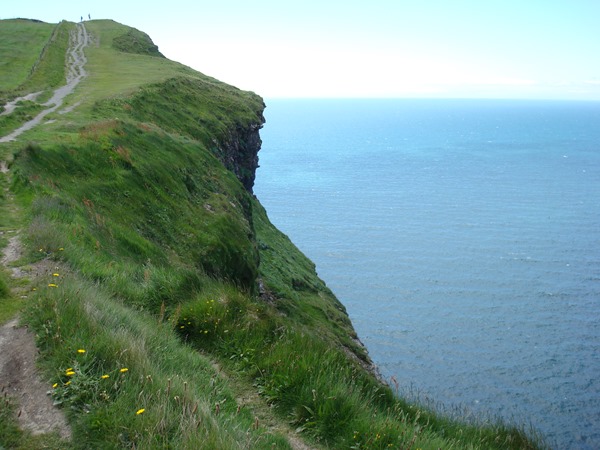 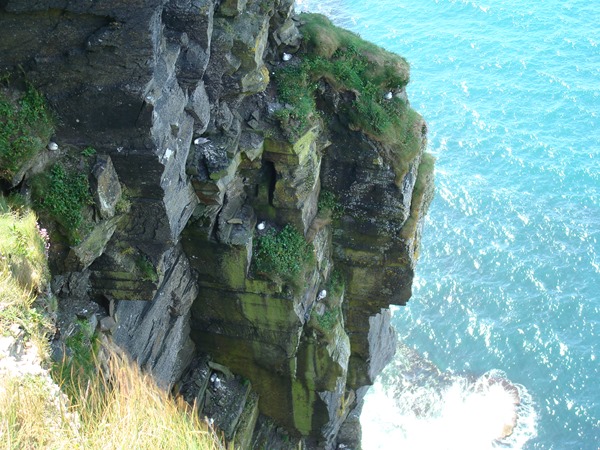 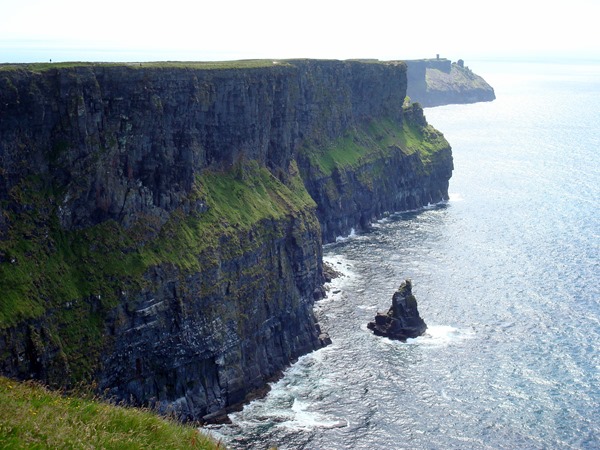 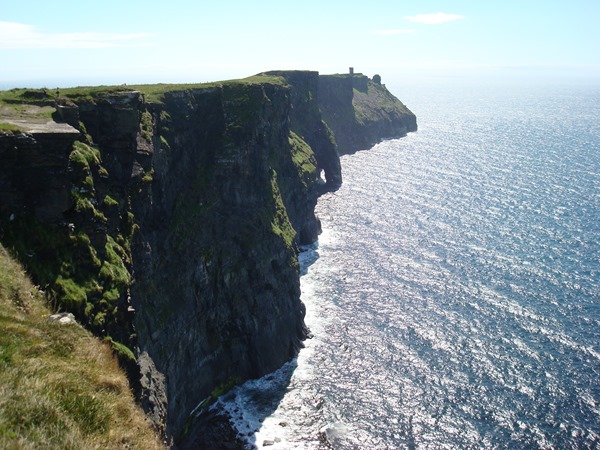 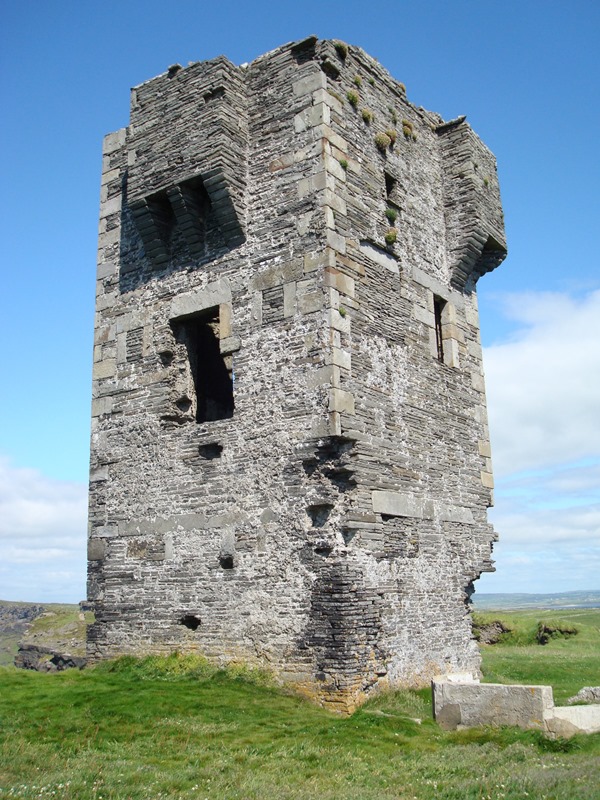 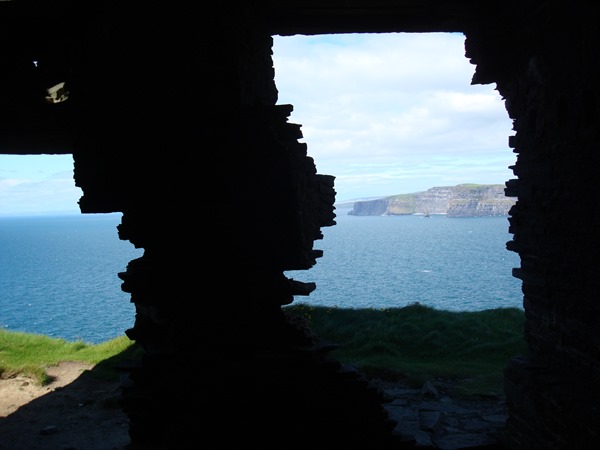 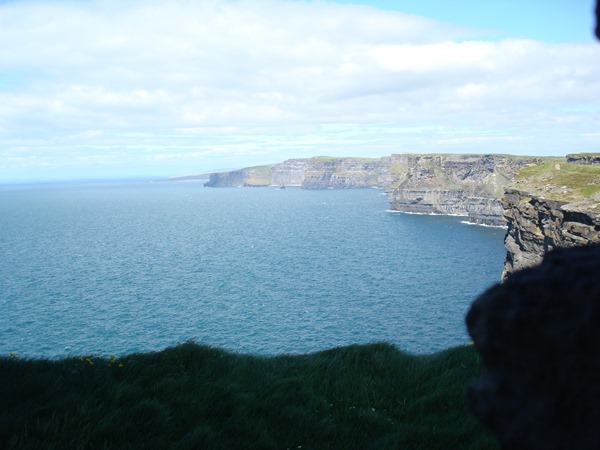 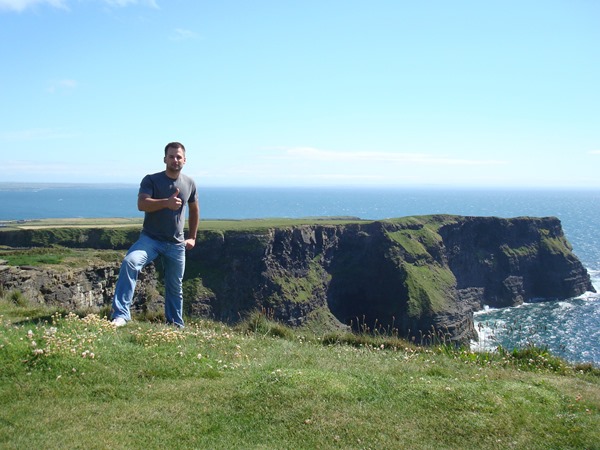 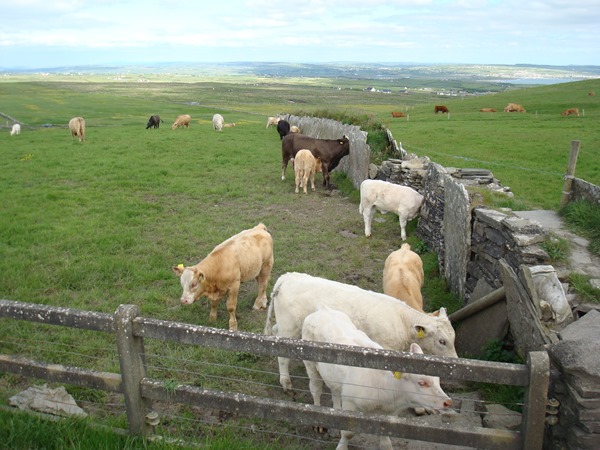 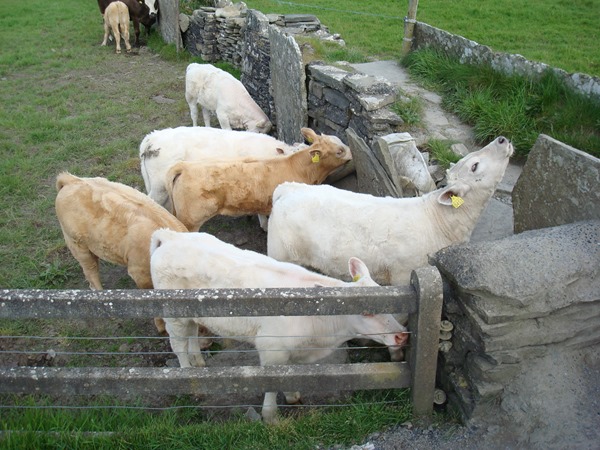 That’s all I have of the Cliffs but I’ll be sure to post the rest of the pictures taken by my fantabulous photographer soon.

By the way, thank you for all of your sweet comments on my whiny post yesterday. It is my choice to work a second job and I shouldn’t complain but it was nice to read your wishes for some R&R. I need to learn to either say no to working or just take a week off from blogging when I do work on the weekend because doing both might leave me looking like a burnt piece of toast.

Have you ever been to Ireland?

Are you afraid of cliffs/heights? 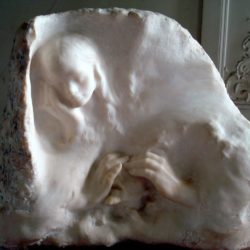 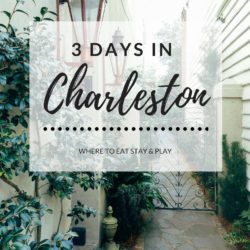