One Pot Lemon Pasta with Greens and Sun-Dried Tomatoes

One Pot Lemon Pasta with Greens and Sun-Dried Tomatoes is a quick and healthy meal that everyone will love! Vegan and can easily be made gluten-free too. 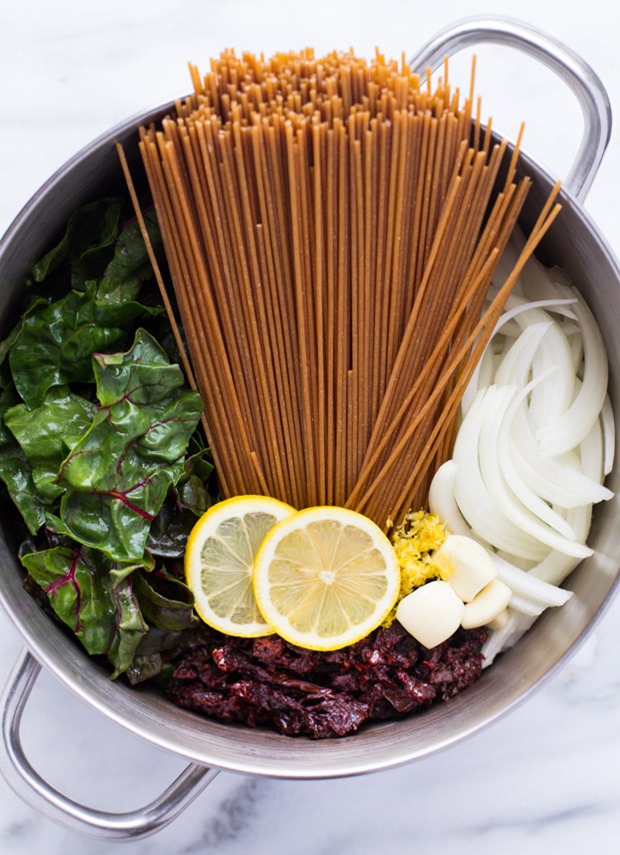 It’s time for another one pot meal! I know you guys love these as much as I do so I’ve been trying to brainstorm different ideas to make. Because there are so many better things we could be doing with our time than the dishes, am I right?

This One Pot Lemon Pasta was actually inspired by my Vegan Mediterranean Chickpea Burgers. They’re one of my favorite veggie burgers on here and they’re a great reminder of how well the flavor of fresh lemon pairs with leafy winter greens and tangy sun-dried tomatoes. 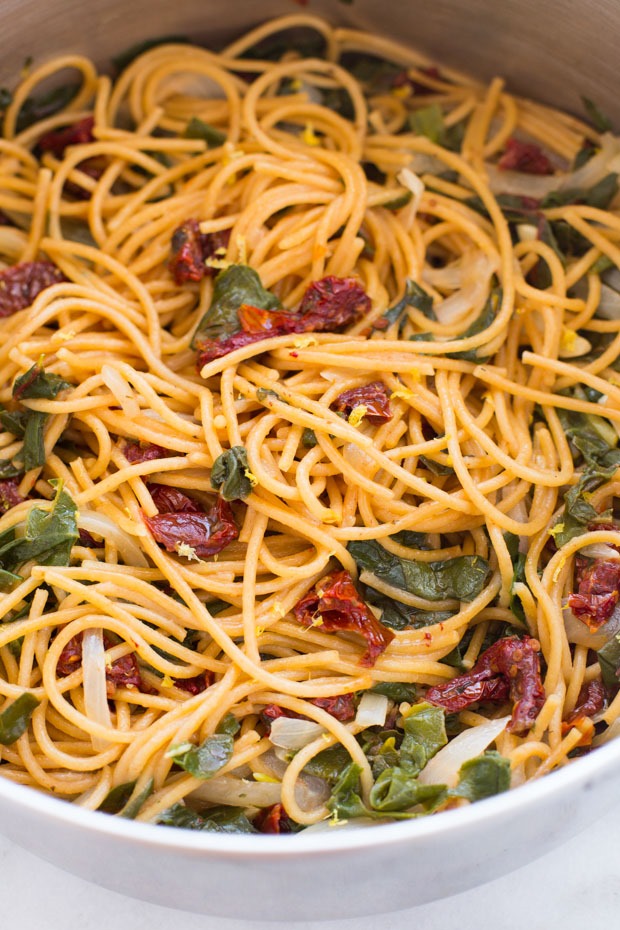 This one pot pasta is cooked a little differently than the version that Martha Stewart made famous. I tried preparing it her way the first time I made it by throwing everything in at once and boiling it all together, but it didn’t turn out that great. So I tried it again by cooking the pasta with just the onion and garlic, then waiting to add the sun-dried tomatoes and lemon until the end. The result was SO much better.

I left out the cheese because I wanted to see how it would turn out it vegan. Brandon and I both thought it was flavorful enough on it’s own, however I’m sure adding a little parmesan would only make it better. It doesn’t have to be dairy parmesan, though. You can make your own vegan parmesan by grinding a cup of pecans or cashews in a food processor with a little salt and a tablespoon of nutritional yeast. I was just too lazy to add another step. ;)

I used swiss chard for my greens but if you’re not down with chard, you can also use kale or spinach. However, if you use spinach be sure to add it at the end with the lemon and sundried tomatoes since it’s a little more delicate than the other greens. Also, I haven’t tried it with gluten-free pasta but I think that it would work the same. If you give it a go, please let me know how it turns out! 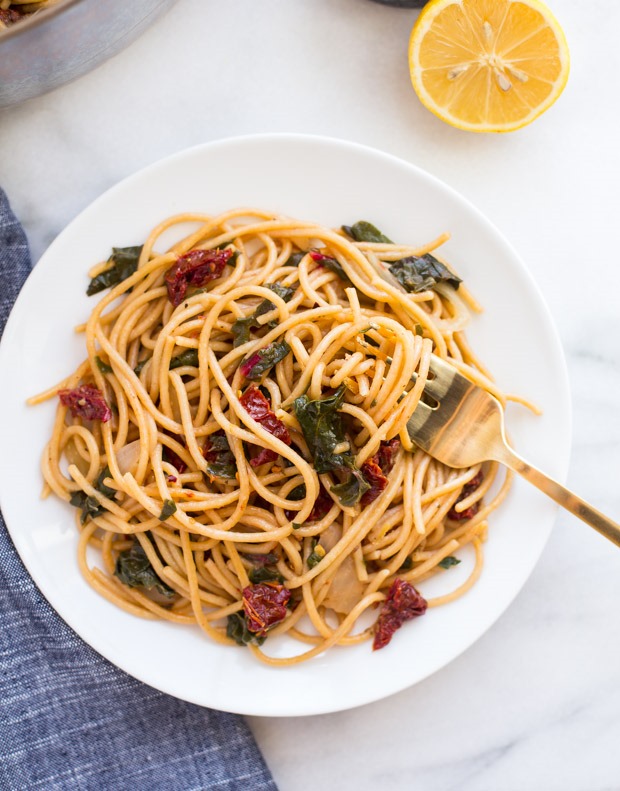 One Pot Lemon Pasta with Greens and Sundried Tomatoes 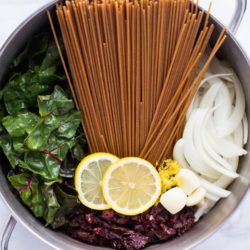 *I prefer to use 2 lemons because I like a strong lemon flavor but you may want to start with one and see how you like it before adding the second.

Nutrition Facts are for pasta as pictured, without parmesan (dairy or vegan) cheese. 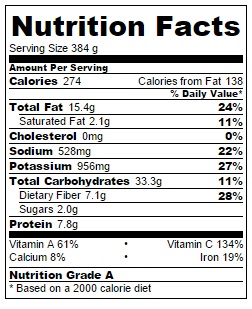 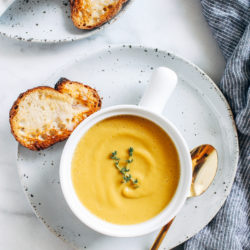 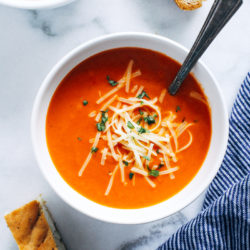 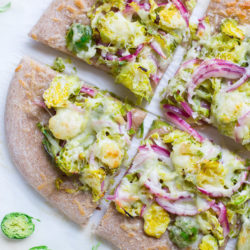