Hello, how was everyone’s weekend? Did you start decorating for Christmas yet?

We’re waiting until next weekend because we have some family coming to town but most of my neighborhood is adorned in lights already. It looks so pretty and has been the only real reminder that winter is nearing since the weather has been so warm and sunny.

We took advantage of the sunshine on Saturday and brought Coco with us to go hiking at Tilden Regional Park in Berkeley. Before we got started, we stopped off for lunch at a vegan spot in Berkeley named Herbivore. 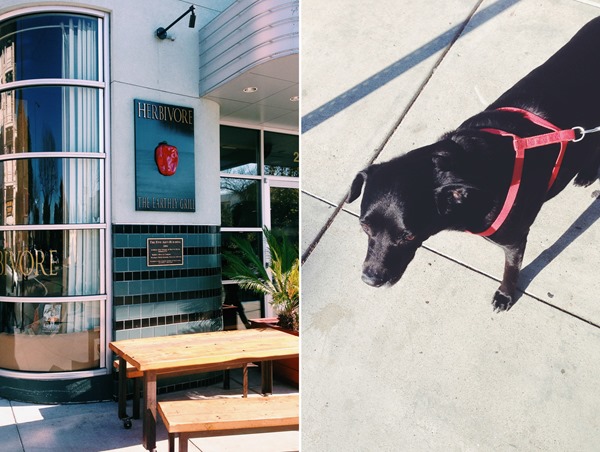 It wasn’t our first time at Herbivore; we actually ate there when we first came out to California on a house hunting trip. It was really good the last time and they have an enormous vegan menu so we went back to try something new.

I ordered the lentil loaf with beet sauce, mashed potatoes and sautéed kale along with a juice made from carrot, apple, and ginger. 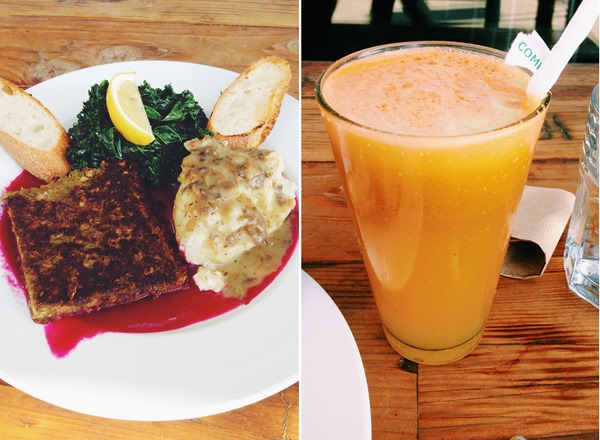 Brandon got the BBQ seitan sanwich along with a vanilla milkshake made from coconut ice cream. 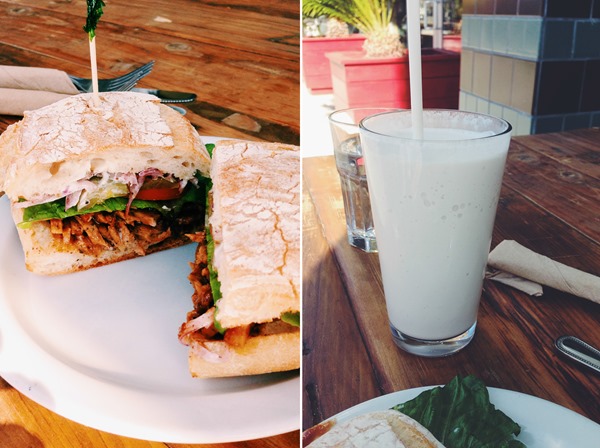 That milkshake was preeetttty awesome.

It was a little tricky finding the trailhead for the hike I had planned but we managed to figure it out after locating a park map. Turns out it was a few miles down from the Botanical Gardens which is a popular spot in the park. 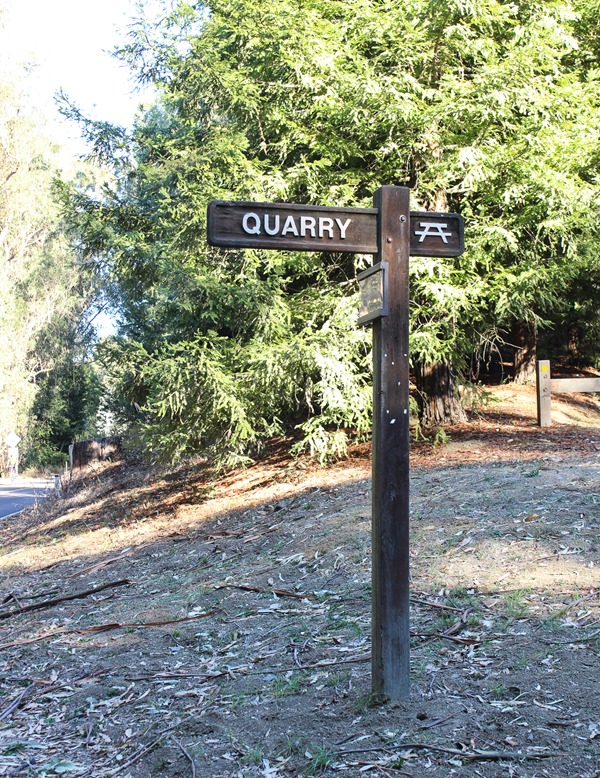 The hike starts on Quarry Trail and is wide open for the first mile or so. It would be a hot hike to do in the summer but we lucked out with beautiful {about 60°F} weather on Saturday.

There were lots of people out hiking with their dogs and Coco made friends with another older pup for a bit. 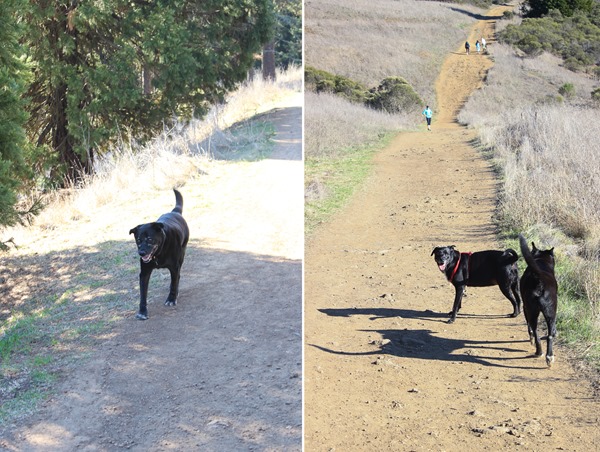 After about twenty minutes of hiking, we looked behind us and realized there was already a nice view in the northwest direction. 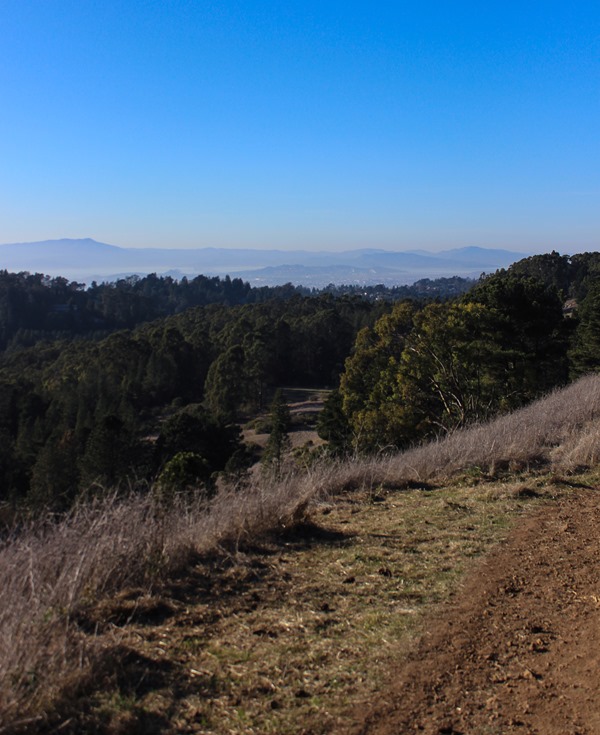 The hike continues with a few steep climbs as well as some shaded areas underneath eucalyptus groves. 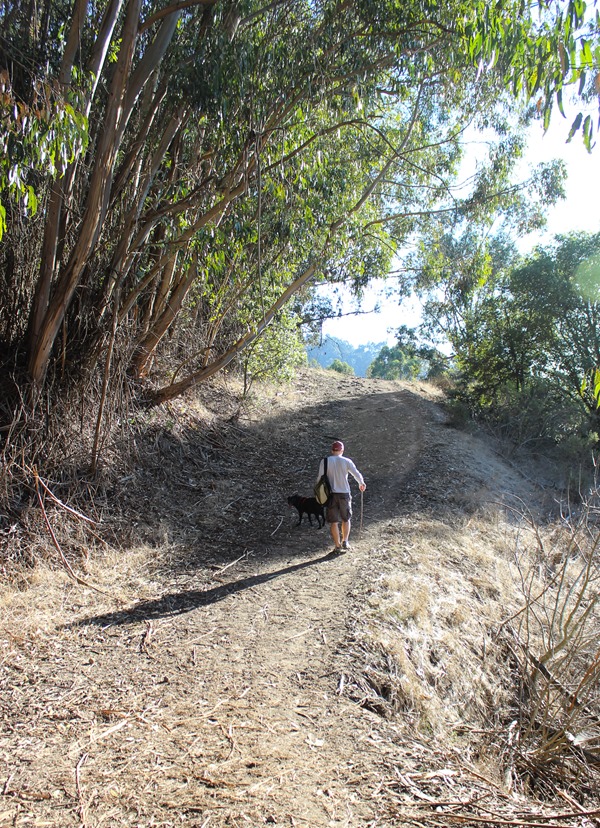 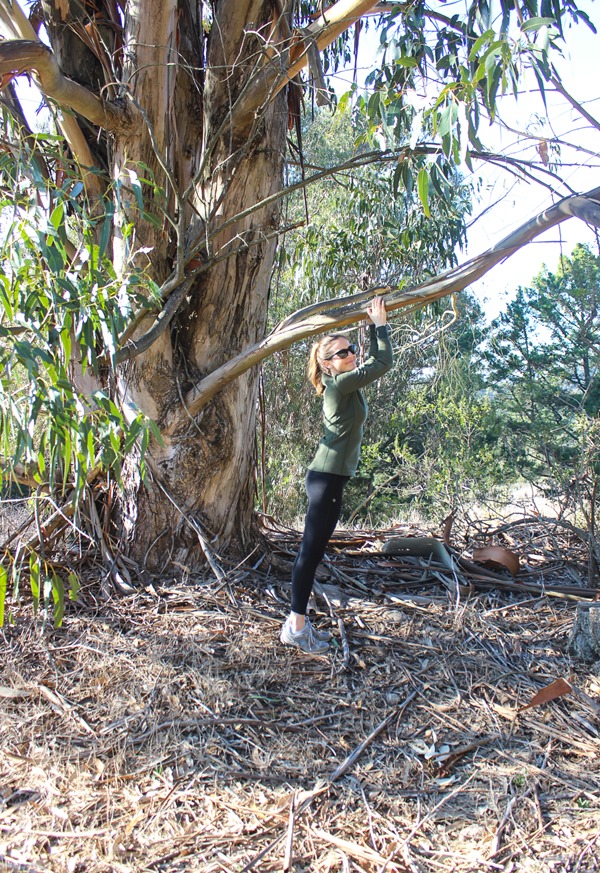 Quarry then becomes Big Springs Trail which took us up a loooong steep climb. 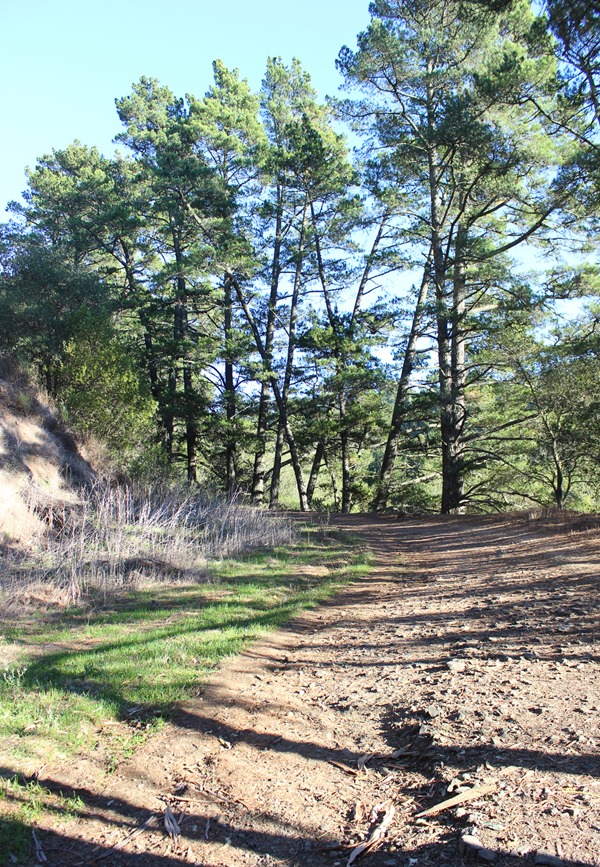 Finally, after almost a mile of climbing, we reached the Seaview Trail junction which has wide open views of San Francisco and the Golden Gate. 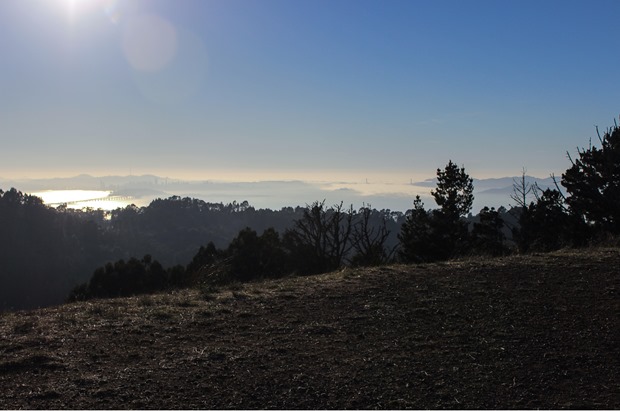 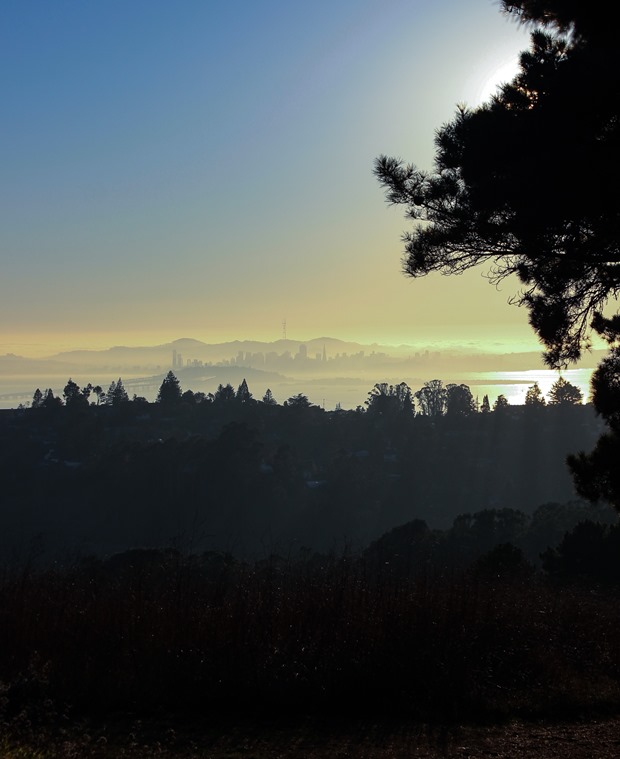 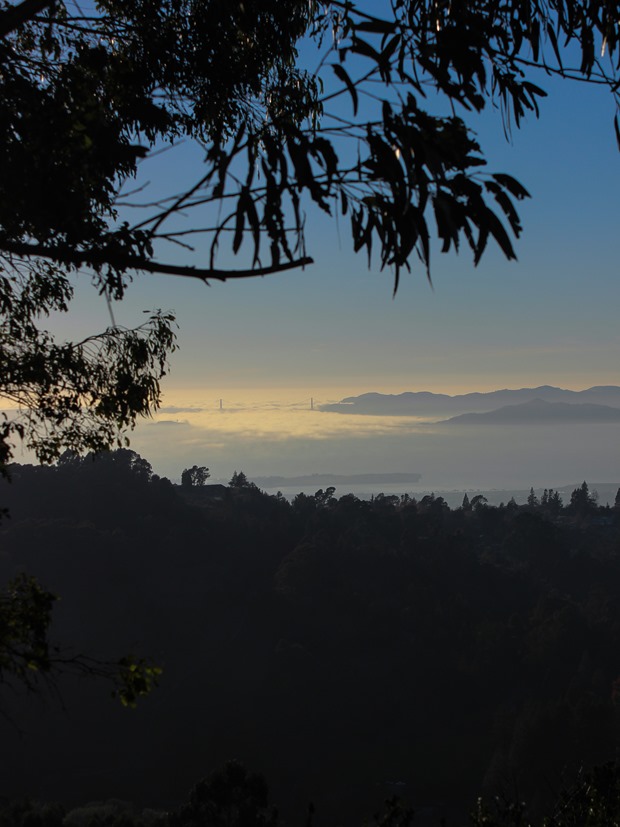 The view was actually really similar to our last hike along Panoramic Hill but this one had open views in every direction.

To the northeast we could see the San Pablo Dam Reservior. 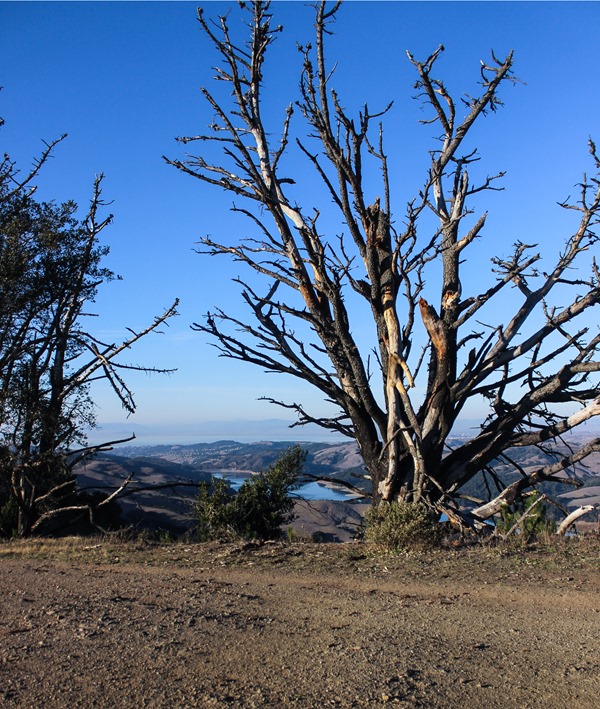 Then to the southeast was a perfect shot of Mount Diablo. 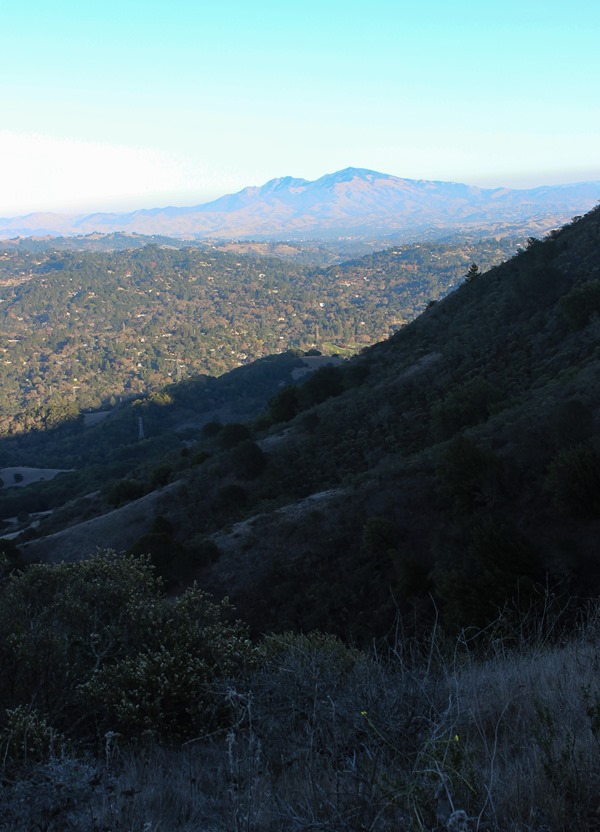 And finally, the Marin headlands to the northwest. 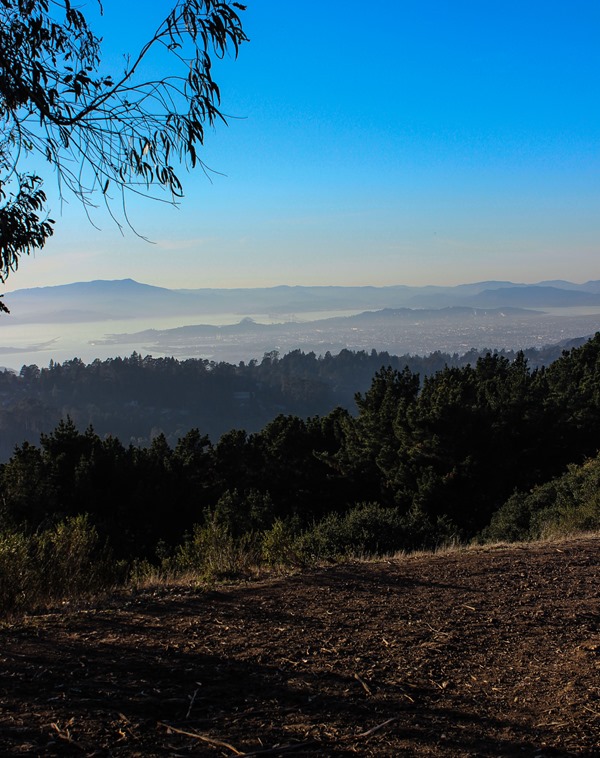 I don’t have the proper lens to shoot far distances in bright light so unfortunately, I just can’t do these hikes the justice they deserve.

You’ll have to trust me when I say that they are breathtaking to see in person. If you enjoy hiking and are ever in the Bay Area, I hope I can influence you to check out some of the ones we’ve done. This one was definitely one of the best so far.

After that, there is about one more mile which is mostly shaded with lots of greenery. 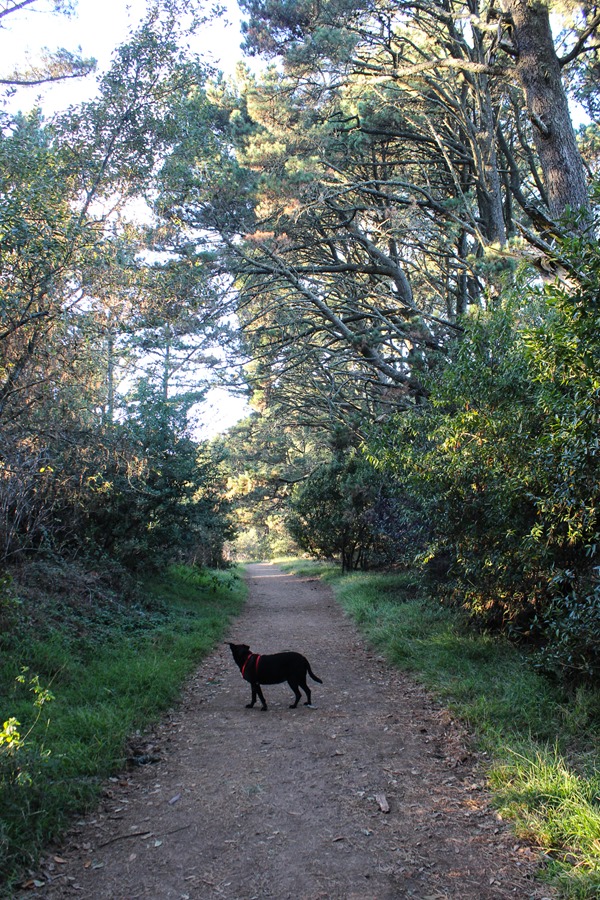 Looking around, it was hard to tell it was almost winter because of the flowers in bloom. 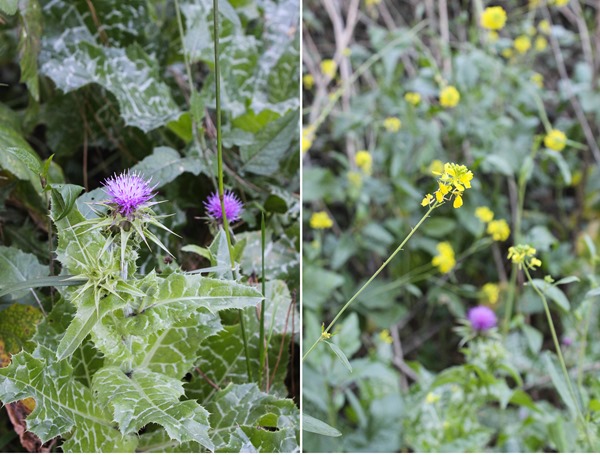 As the hike nears the end, you pass a few more eucalyptus groves and you are back to the parking area at the start.

The total loop is 3.5 miles so even though it’s steep at some points, it’s not too long and was the ideal length for a certain stinky someone. 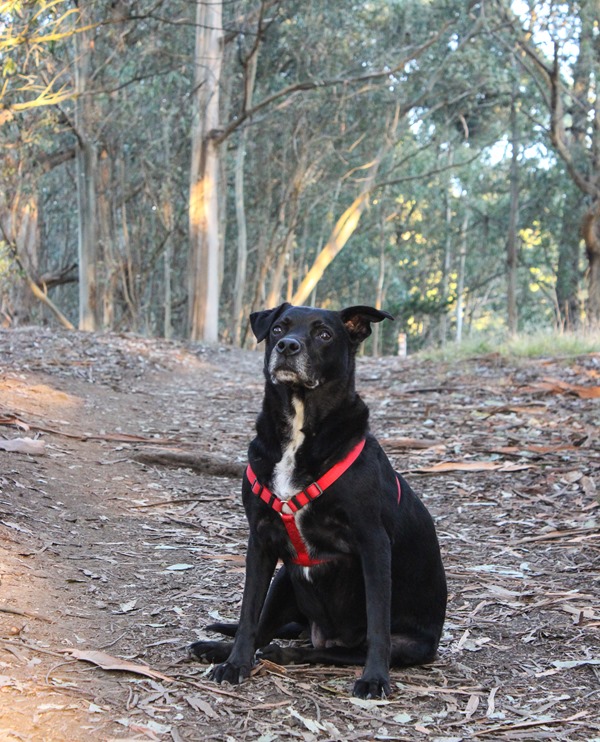 She had a lot of fun and did a great job keeping up with us the entire time. 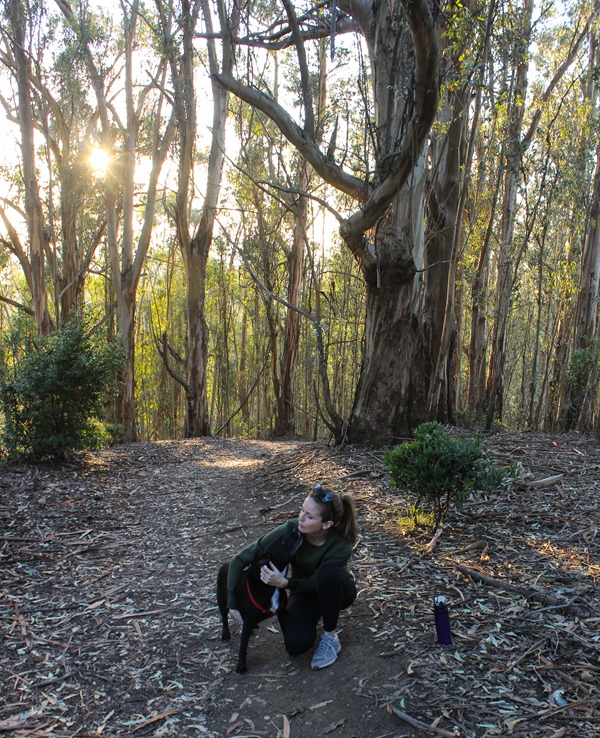 Overall, it was a really productive weekend for me. With the help of someone who knows code, I managed to do a few updates to my menu and recipe pages. They still need a little tweaking but I’m hoping it will be more visually appealing when I’m done. I originally wanted to redesign the whole site but time and money aren’t on my side at the moment so it will have to wait. Hopefully sooner than later.

I hope you all had a nice long weekend and were able to recharge your batteries! 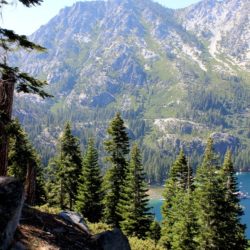 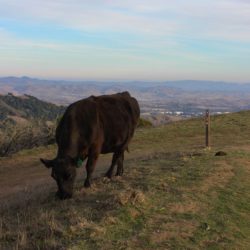 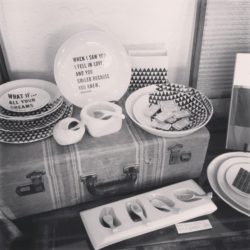