Vegan Bulgogi Lettuce Wraps- a vegan version of traditional Korean barbecue made with marinated mushrooms and tofu. You won’t miss the meat in these delicious wraps! 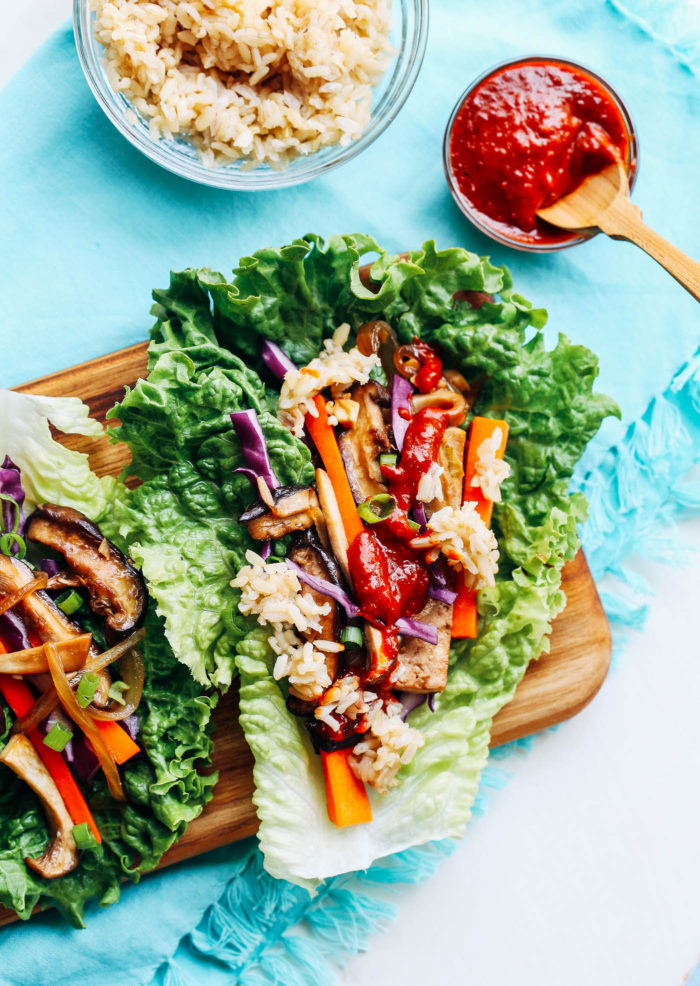 I’m so excited to share today’s recipe with you guys!

I’ve been wanting to dabble more in Asian cooking for a while now but with such little experience, I wasn’t quite sure where to start. Now that I’ve taken a authentic cooking class with a Korean chef, I feel much more confident in my abilities.

Well at least for kimchi and bulgogi, since that’s all we learned to make that day. ;) 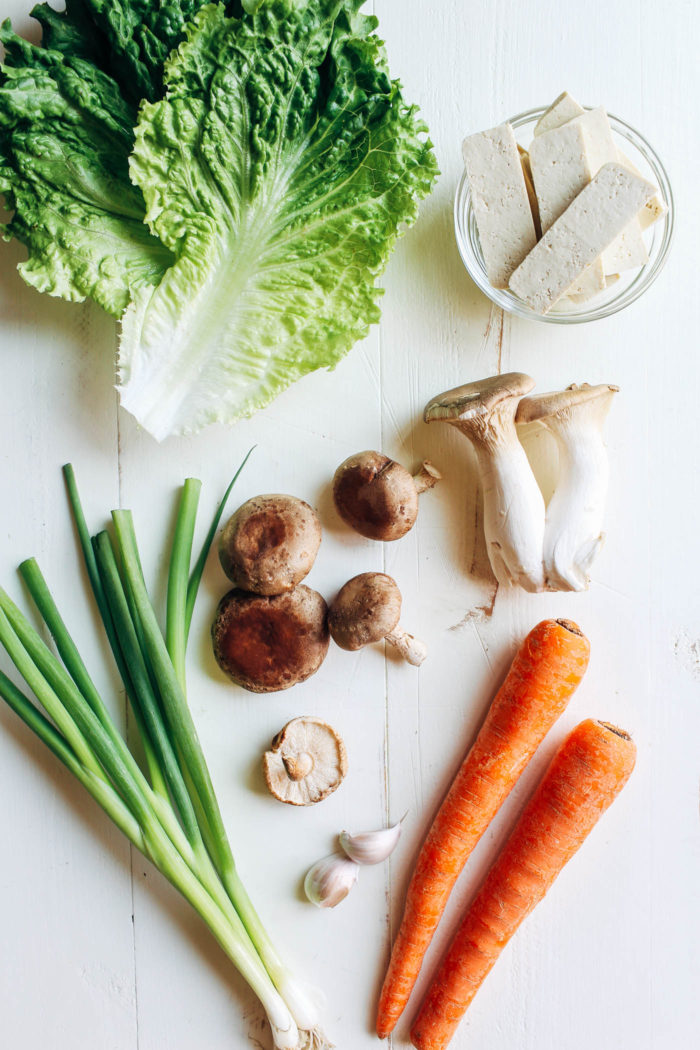 It’s funny because when I told the chef I would be making my recipe meatless, she looked at me like I had two heads and then asked if I realized that it was a class featuring bulgogi. I replied with a confident yes and then told her that I could easily substitute extra mushrooms.

For some reason she didn’t like that idea so instead she gave me Korean rice cakes which are nothing like what we know as rice cakes in the U.S. They’re more like condensed cooked rice shaped into small tubular structures. I’m not going to lie, they were kind of weird.

I was happy to eat them but the whole time I was thinking the recipe would be so much better with extra mushrooms and a little tofu. So that’s what I set out to recreate at home. 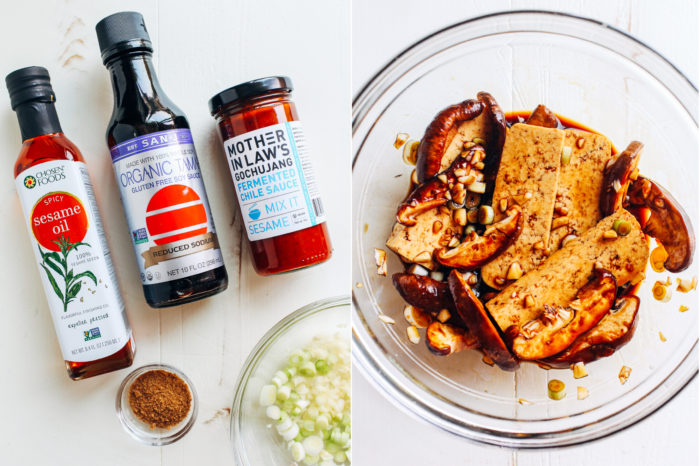 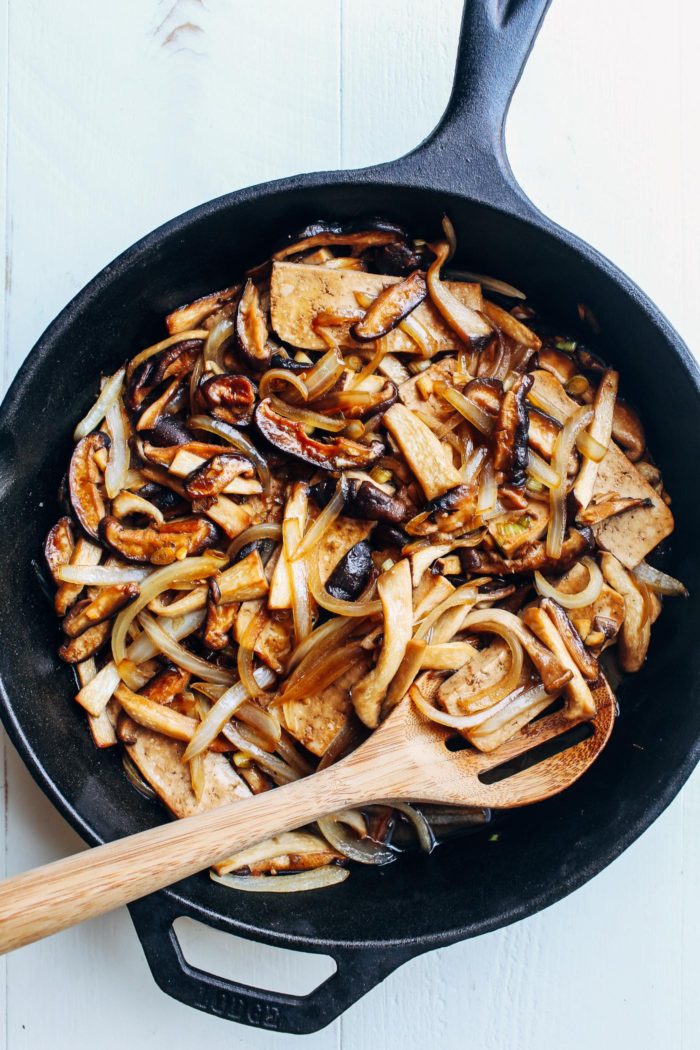 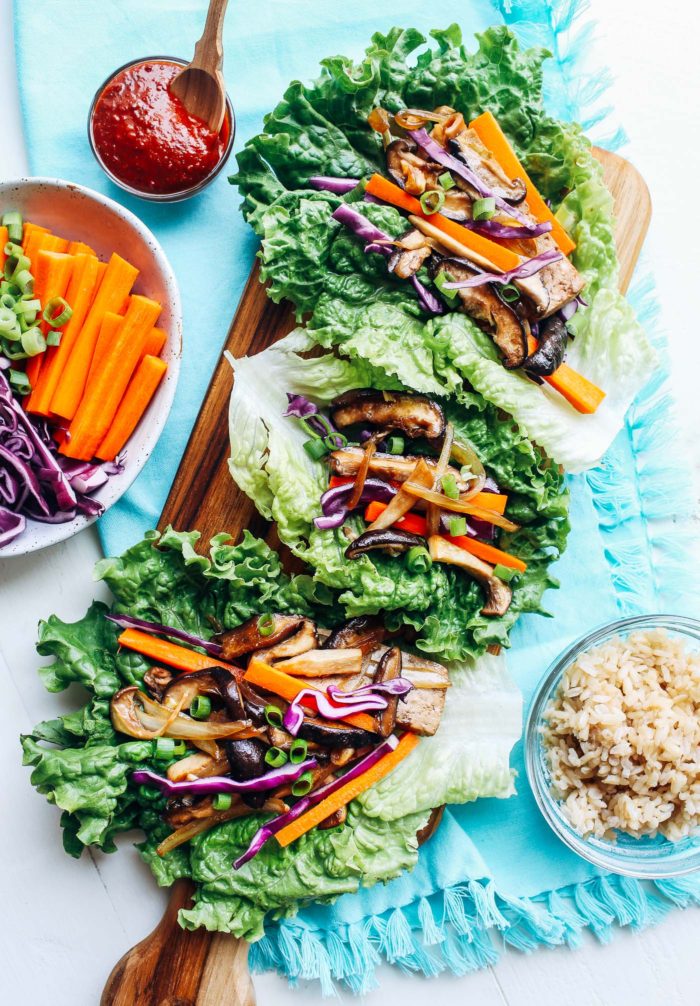 If you’re new to bulgogi, it’s typically made with beef that’s marinated in a combination of soy sauce, sugar, garlic, leek and Asian pear. The pear is used to help tenderize the meat but because my version is meatless, I chose to omit that part. I also used the white parts of the green onions (which are usually used as a garnish) in place of leek to help simplify the ingredient list.

The marinade offers a good amount of flavor but the star of the show is definitely the gochujang, or Korean BBQ sauce. It’s made from red chilis, glutinous rice, fermented soy beans and salt, and it gives the recipe delicious umami flavor with a slightly spicy heat. I was able to find it at my local Whole Foods but if you can’t find it at your favorite grocery store, any Asian market should carry it. There’s also a gluten-free version for my celiac friends out there.

The bulgogi we had in the cooking class was served in a combo of lettuce and sesame leaves which offer a very unique flavor to the dish, but I was unable to find them here in the states. Green lettuce or cabbage works just fine though.

If you’re not up for lettuce wraps, you can also serve it bowls. I had leftovers that way and it was just as delicious! 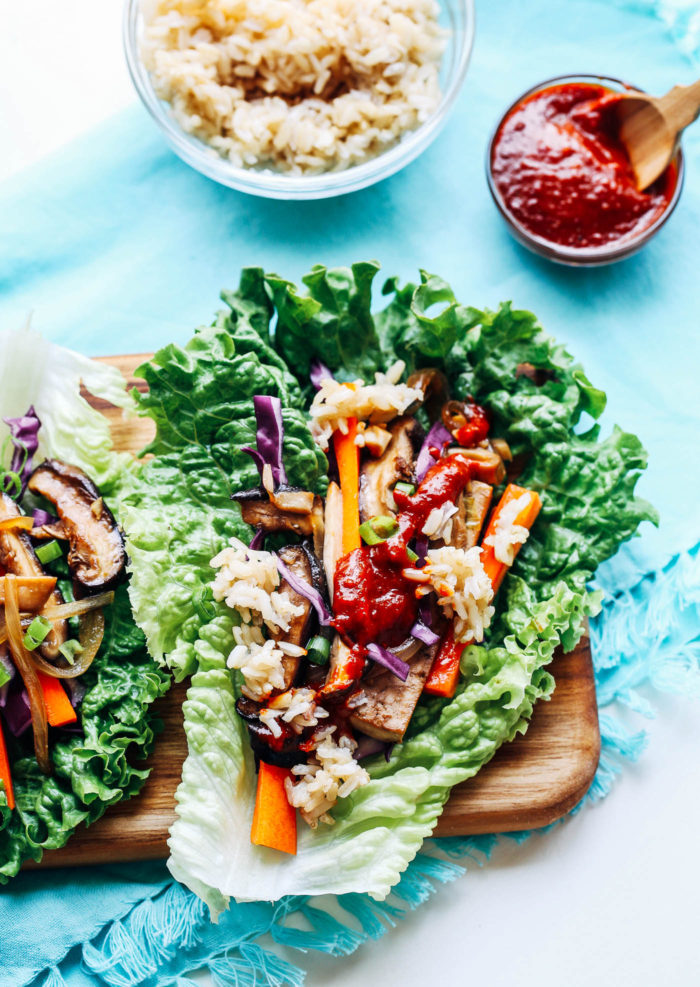 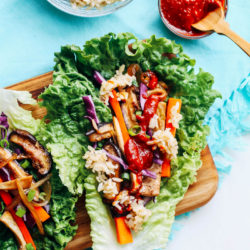 In a large shallow bowl, combine the tamari with minced garlic, coconut sugar, and white parts of sliced green onion. Add the tofu and the mushrooms then gently stir to coat. Allow to marinate for about 30 minutes.

Next warm two tablespoons sesame oil in a large skillet over medium heat. Add the onion, sprinkle with salt & pepper and cook for 2-3 minutes. Then add the tofu and mushrooms and cook for about 7 more minutes.

While the filling is still warm, serve in lettuce wraps with brown rice and vegetables (sliced carrot sticks and red cabbage). Top with gochujang then sprinkle with sesame seeds and green parts of sliced onion. Serve immediately and enjoy! 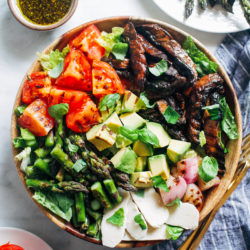 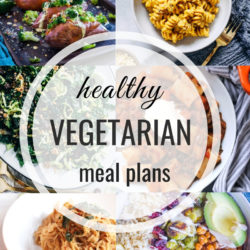 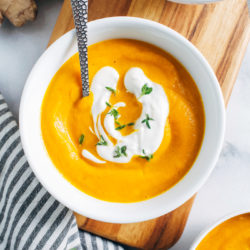