Southern Style Vegan Banana Pudding- creamy vanilla pudding with slices of fresh banana tucked inside, finished with a light and fluffy meringue topping. No one will know it’s made without eggs! 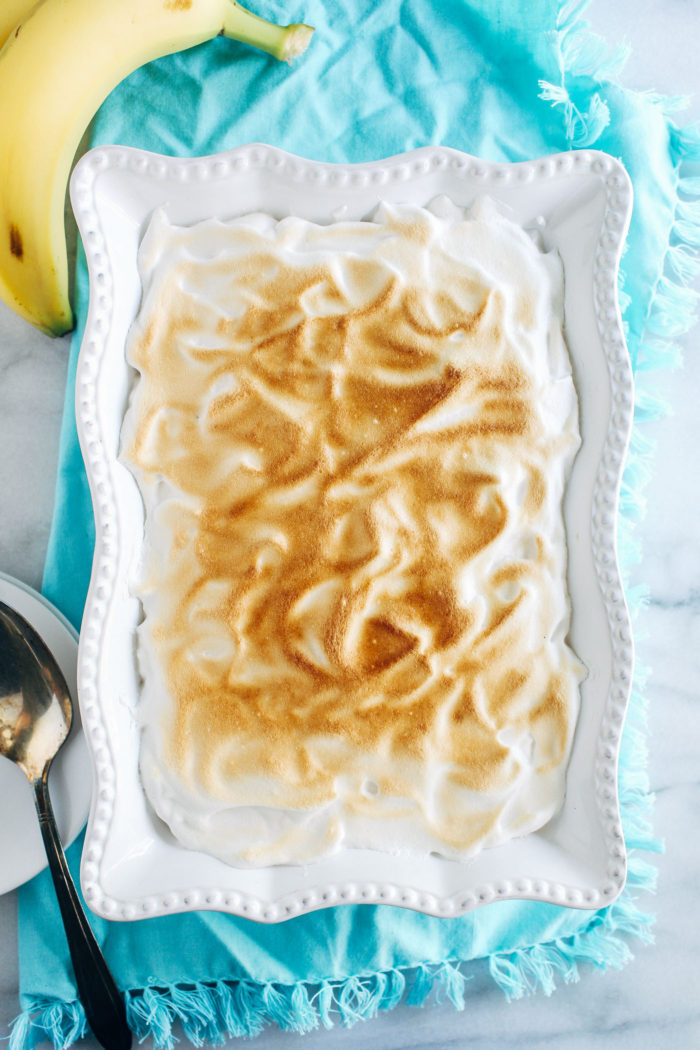 If there’s one recipe that always makes me think of my mom it’s banana pudding. The perfect creamy texture with slices of fresh banana tucked inside, soft vanilla wafers on the bottom, and a fluffy meringue topping. Mama sure knows how to make a mean banana puddin’.

In honor of Mother’s Day I wanted to recreate a vegan version of her southern-style banana pudding. It’s kind of ironic that my mom’s recipe is inspired by the south considering that she was born in New York and her parents are Yankees through and through. But spending most of her childhood here left a impression on her tastebuds and my childhood memories too. 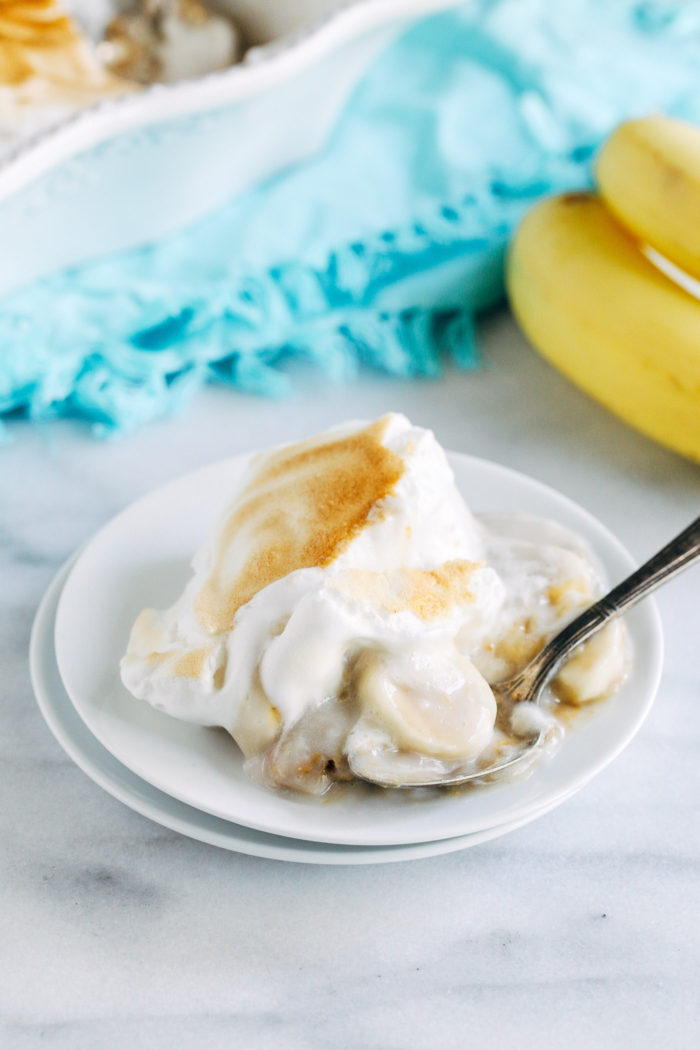 As a single working mother raising two children on her own, she didn’t have much time for cooking but when she did, it created a moment to be savored. I’ll always hold her egg white meringue near and dear to my heart but I wanted to see how the mysterious aquafaba would compare to the original.

So this vegan version is pretty simple, starting with a base of Silk’s Organic Soymilk whisked with organic sugar and corn starch for a nice creamy texture. The first time I tried it with coconut sugar it tasted amazing but the color was brown which might be hard for some people to get past so I recommend using cane sugar if you want it to look “normal”. 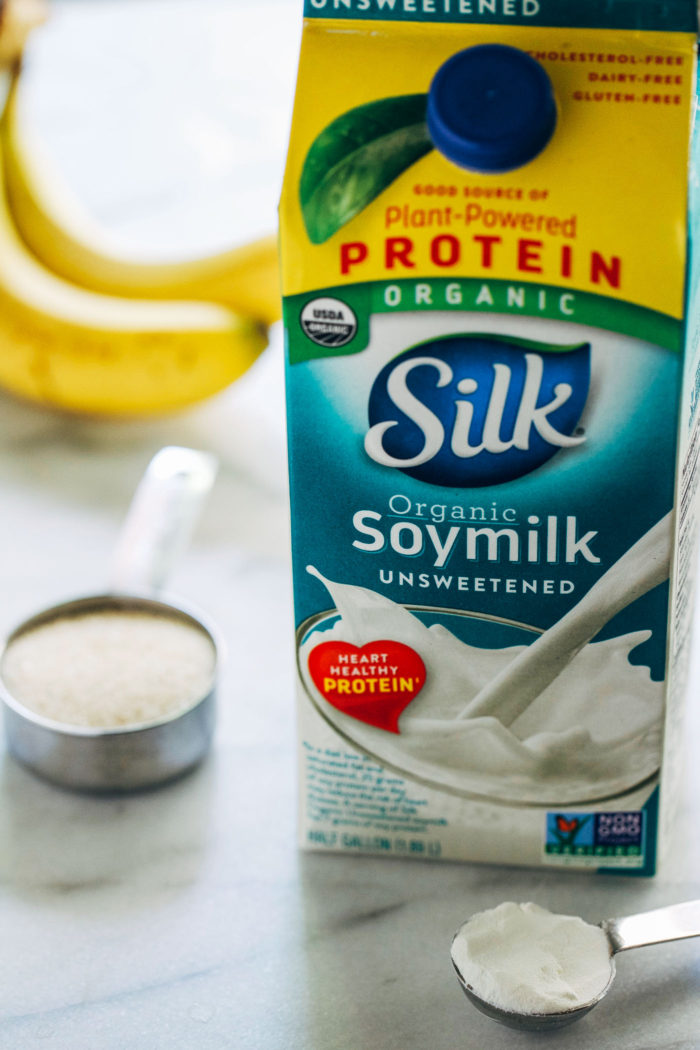 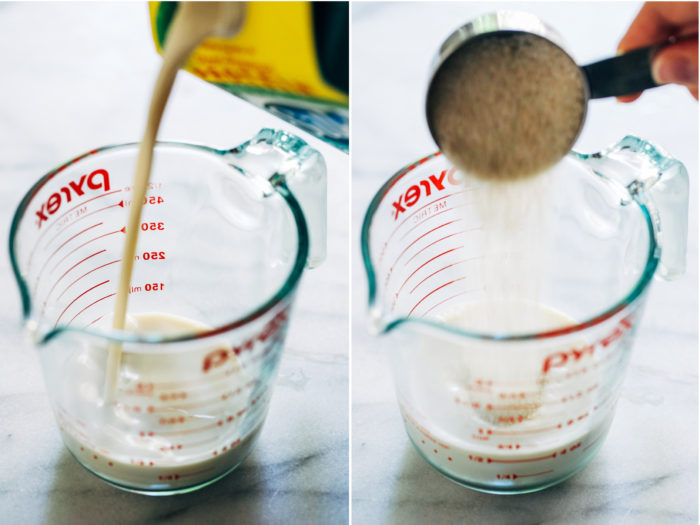 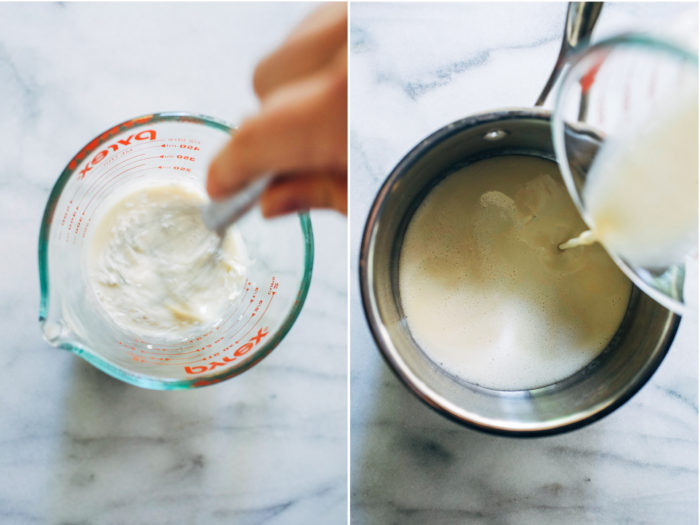 After you cook the pudding over a low boil for a few minutes, transfer it to a bowl and let it chill in the refrigerator to thicken.

Once it’s nice and creamy, layer the vanilla wafers in the bottom of a purdy dish with sliced banana and spread the pudding on top. Then you beat the aquafaba with a touch of cream of tartar, vanilla and sugar until it’s light and fluffy with stiff peaks (just like meringue) and layer it on to finish. After that you broil the edges for a few seconds until it’s nice and golden, and that’s it. You’ve got yourself a southern vegan pudding to please the masses. 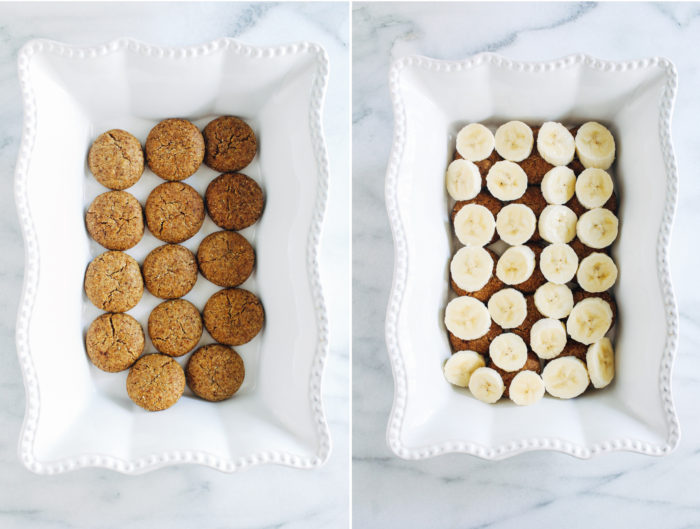 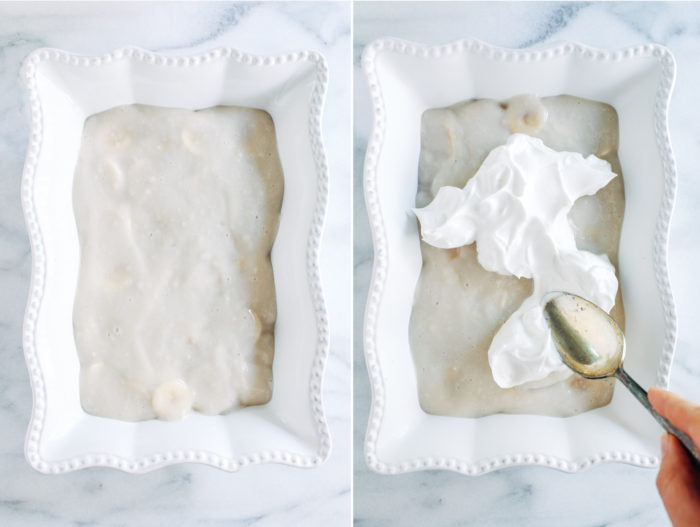 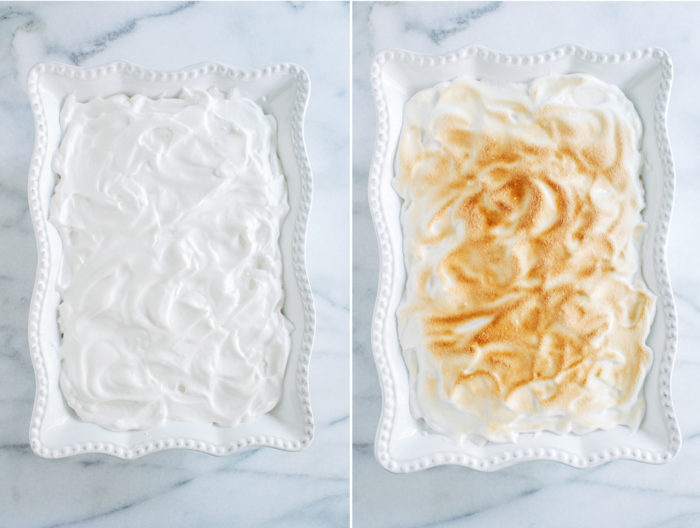 I should note that I had a hard time finding vegan and gluten-free vanilla wafers at my local grocery store so I decided to modify my chocolate chip cookie recipe by omitting the chocolate chips and rolling the balls about the size of 1/2 tablespoon before baking. They weren’t as crunchy as vanilla wafers but they tasted amazing with the pudding. If you’re not gluten-free, Back to Nature makes vegan vanilla wafer you can buy here.

If for some reason you’re not into the whole meringue idea, feel free to skip that part and top it with coconut whipped cream. I tried it that way too and it was just as good! 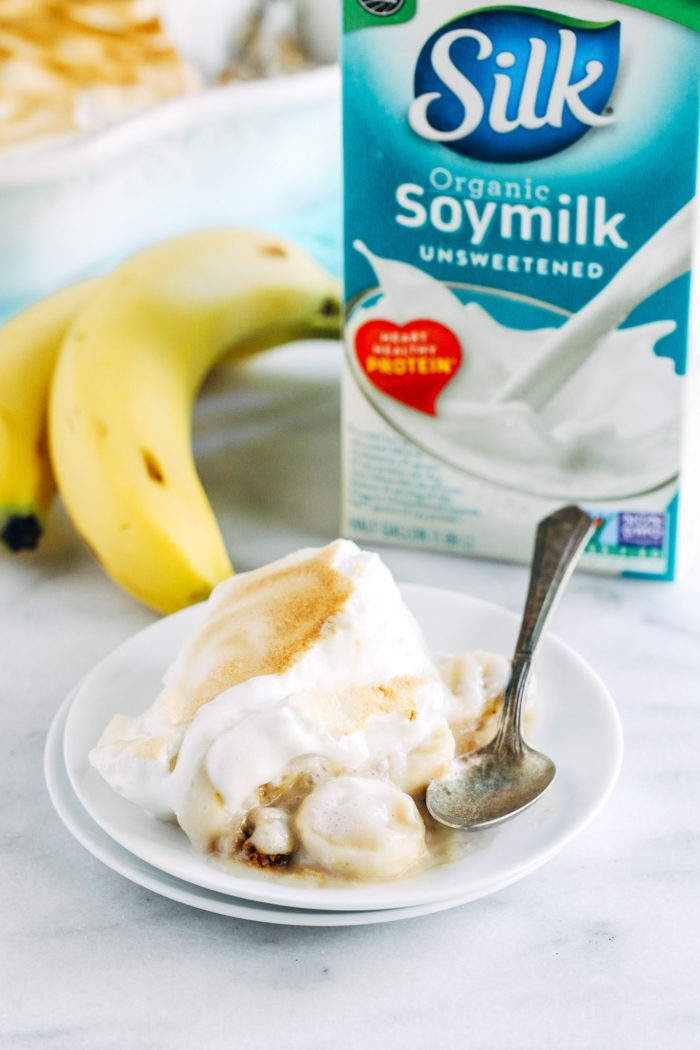 For the banana pudding

For the meringue topping

In a measuring cup, combine 1/2 cup soy milk (or other plant-based milk) with corn starch and 1/4 cup sugar. Whisk until dissolved then pour the mixture in a saucepan with the remaining milk and warm over medium heat. Bring to a low boil and continually whisk until mixture starts to thicken, for about 2 minutes. Remove from heat, stir in vanilla extract then transfer to a bowl and allow to cool. Cover and refrigerate for a minimum of 3 hours or up to overnight. Once the pudding is thickened, use a hand mixer to beat it until smooth. This step is key to getting a smooth pudding-like texture! Don’t skip it.

In an 8×8″ dish (or similarly sized dish) cover the bottom with vanilla wafers. Top with a layer of bananas then cover with pudding. Refrigerate while you make the topping.

In a large bowl, add the aquafaba along with 1/4 teaspoon cream of tartar. Beat on high for about 7-10 minutes, until stiff peaks begin to form. Add sugar and vanilla extract then continue to beat until dissolved. Taste test and add more vanilla or sugar as desired.

Lastly, spread the meringue topping on top of the pudding layer, using the back of the spoon to create little peaks. Place under the broiler for about 20-30 seconds, or until the top is light golden brown. Careful to keep an eye while you’re doing this step so that it doesn’t burn. Refrigerate for another hour before serving then enjoy!

*If you’d like to avoid soy, any of Silk’s plant-based milks will work in this recipe. I also used their coconut milk with great results.

**Aquafaba is the liquid drained from a can of unsalted chickpeas. A 15-ounce can will have about 1/2 cup. If you’re not crazy about this step feel free to substitute coconut whipped cream in it’s place and skip the broiler. 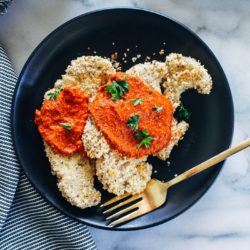 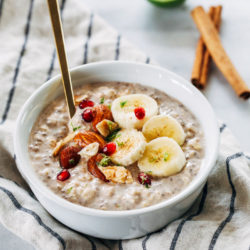