I hope you all didn’t think I was going to post about the hotel and not share anything else from our trip in Tahoe. There is just way too much natural beauty not to share a fraction of the gazillion pictures we took. Actually, I had a very hard time narrowing it down so this is going to a be a little lengthy but I promise the pictures are worth it!

We live a little more than 3 hours southwest of Tahoe so even though we stayed on the north side of the lake, we had to drive through the south side to get there. (Hello Captain Obvious!)

The views as we started to approach the lake were absolutely stunning. 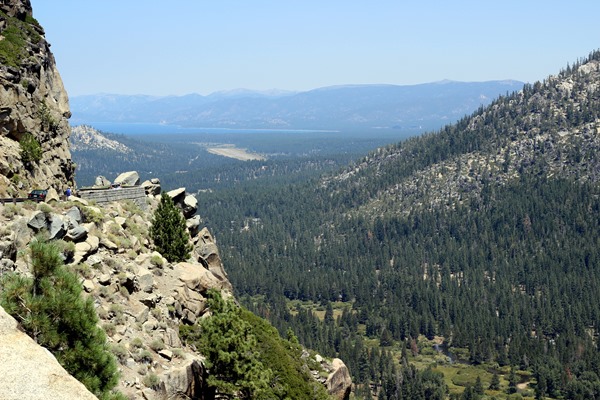 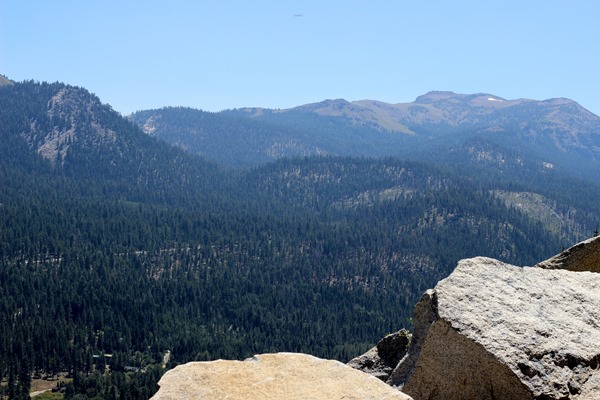 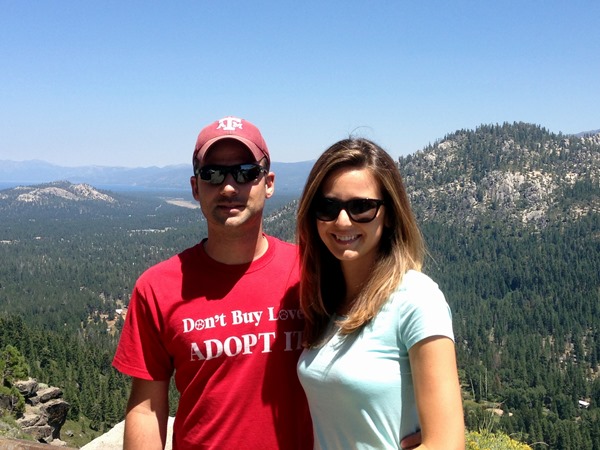 I’ve had my eye on the tempeh burger at Sprouts Café for a while so we absolutely had to stop there for lunch. 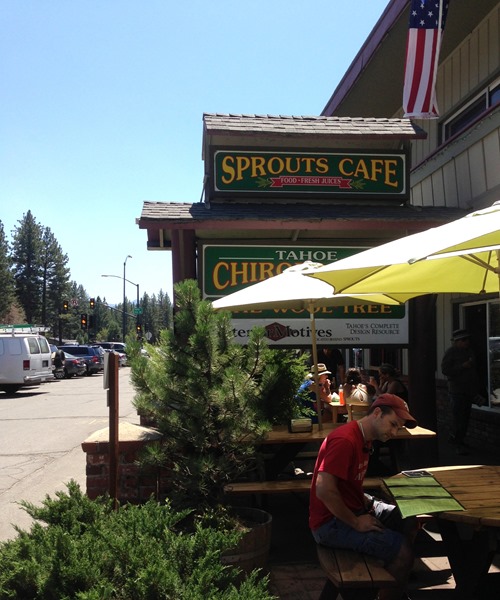 They have an incredible menu and I had a hard time not ordering one of everything but I went there for one thing and one thing only. This bad boy… 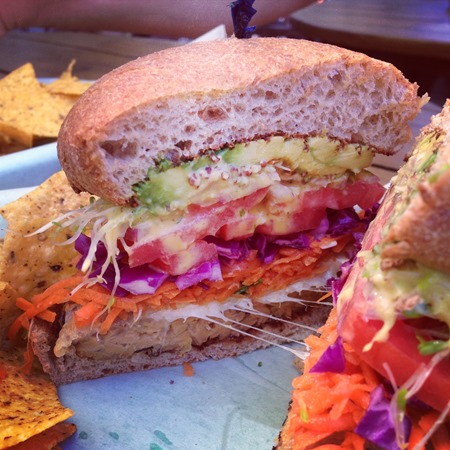 Ermagerd…it was freakin’ amazing. However, I had to eat it with a fork and a knife to maintain a ladylike disposition.

We also got a few delicious smoothies to go with our burgers. 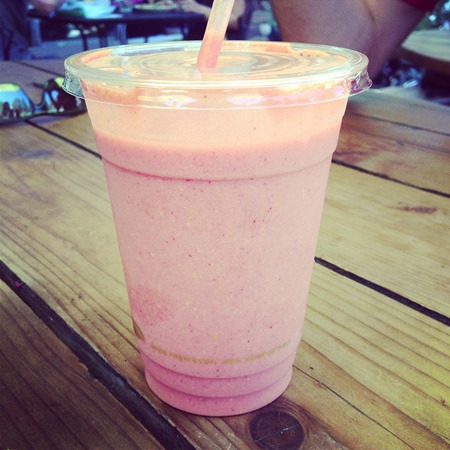 Coco tried her hardest to convince us to give her some too. 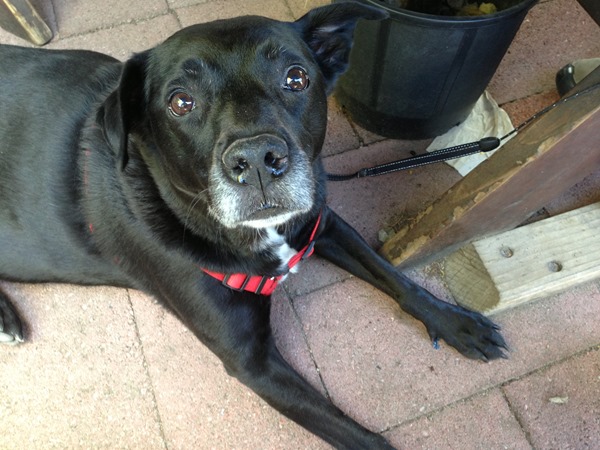 Can you feel the pity…and the snot?

After our bellies were superbly round, we took a short stroll to a nearby beach to get our first peak at the water. 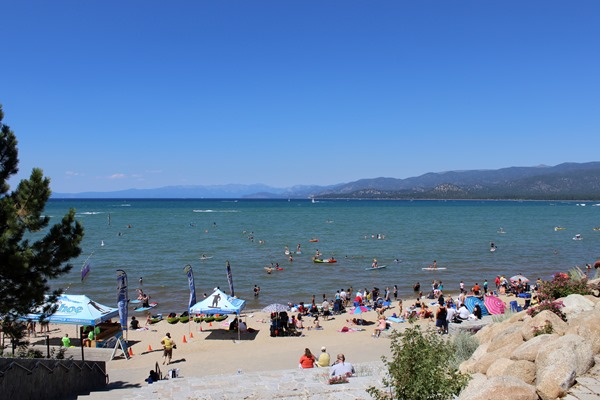 They had locally made ice cream that sounded really good but eating ice cream after that enormous burger would have left us both passed out on the beach so we had to refrain. 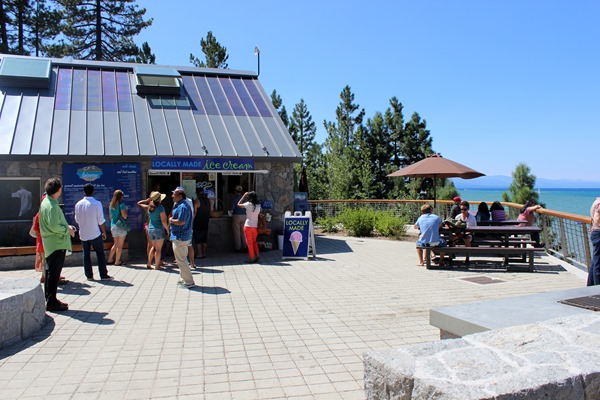 After that we took a short drive to Bayview Trail to do a little afternoon hiking.  There is an area right across from the trail that has an amazing view of Emerald Bay. 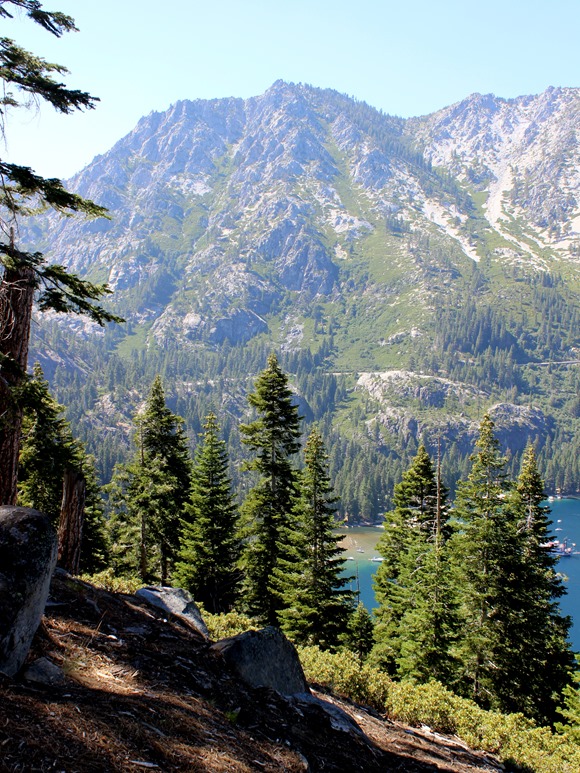 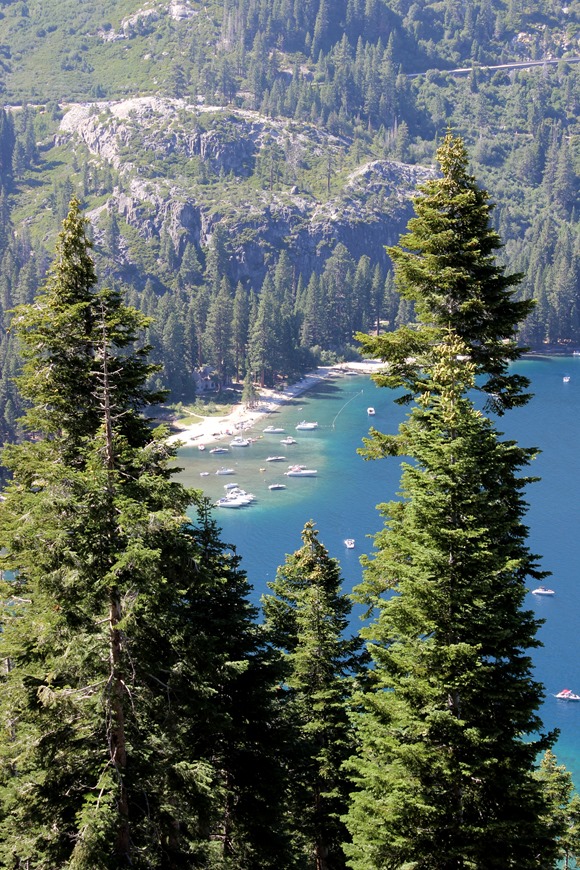 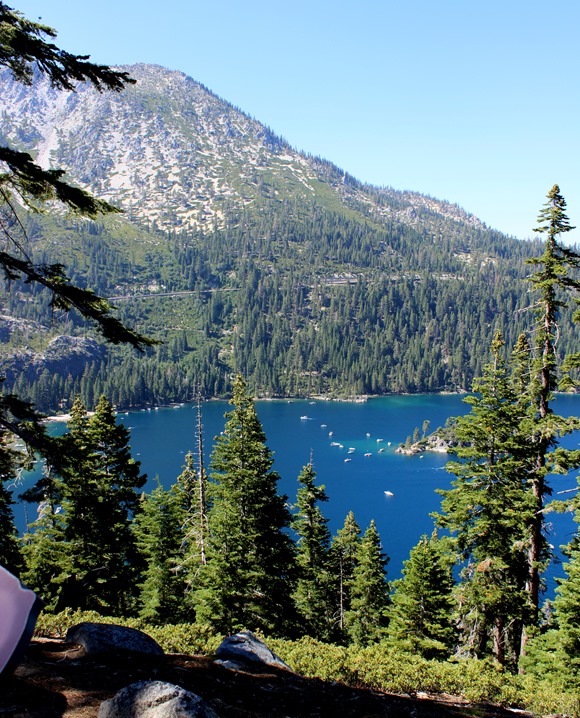 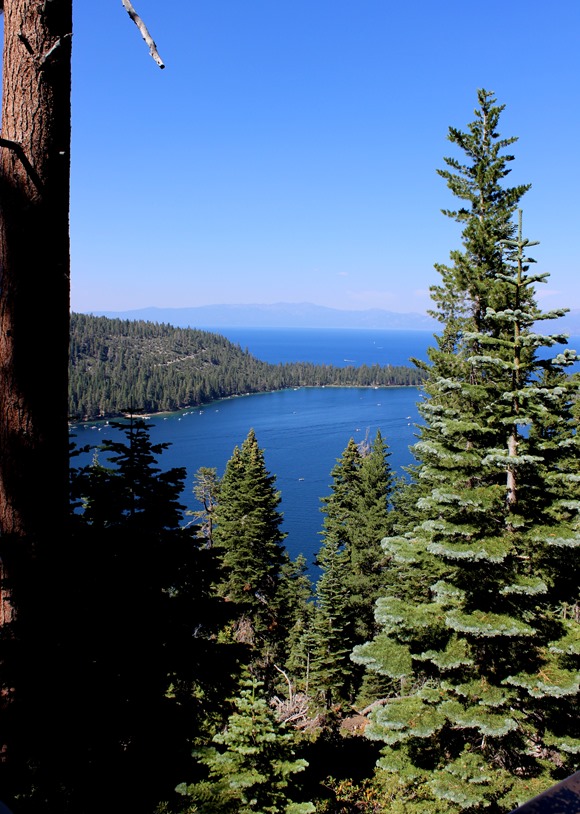 Then it was off to hike on the Bayview Trail. 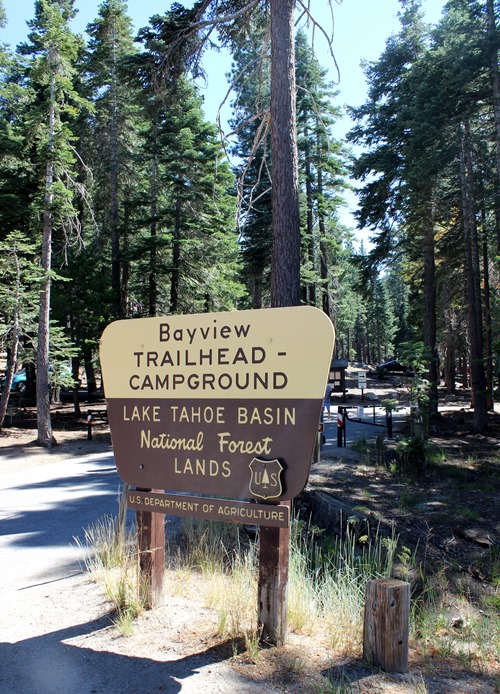 Since we had Coco with us we had to keep it short so we opted for the hike to Cascade Falls. Almost immediately, a narrow and rocky path starts out on the side of the mountain with great views of the Lake Tahoe and the Sierras. 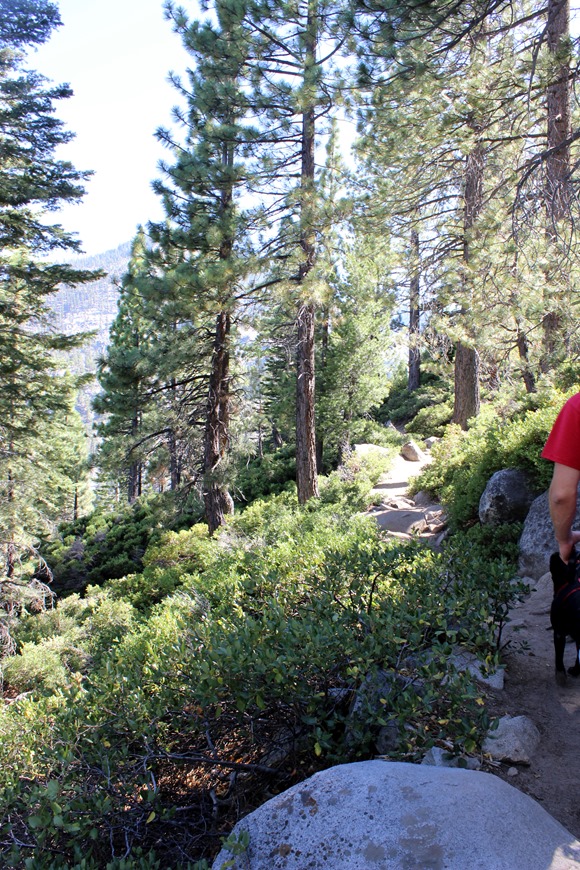 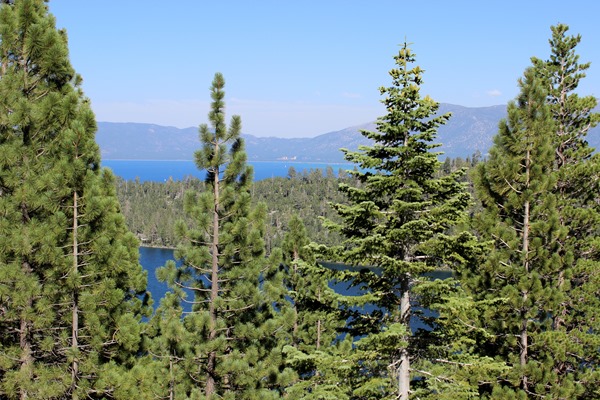 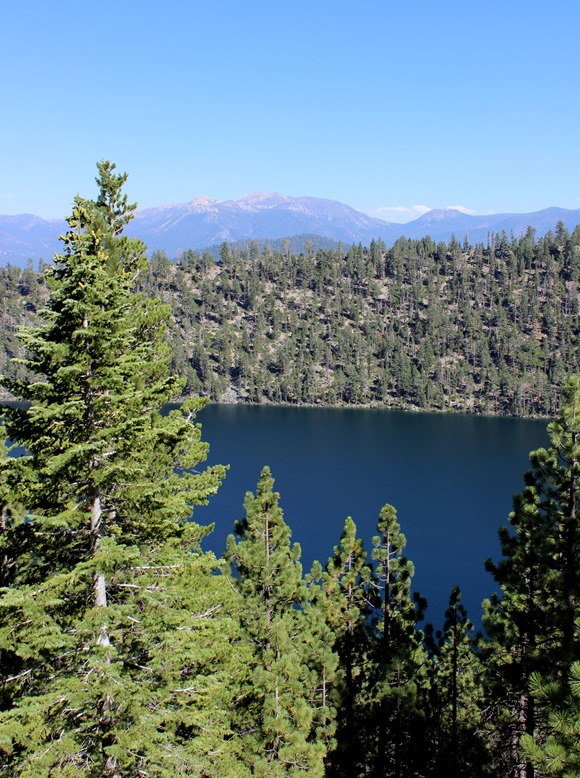 At one point, I stopped to take a picture of Brandon and Coco together… 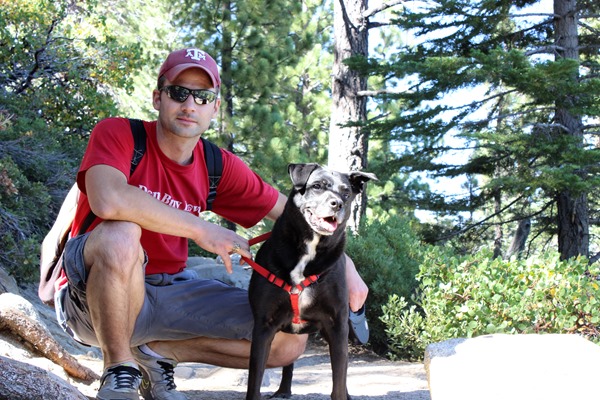 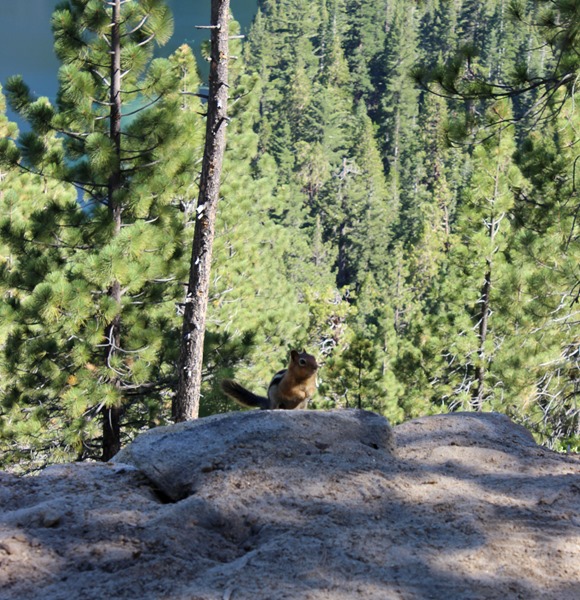 A chipmunk! Isn’t he cute? It’s a good thing we had Coco on a leash or she would have been tumbling down the mountain trying to catch the little guy!

As we continued along, the trail began to get extremely rocky. 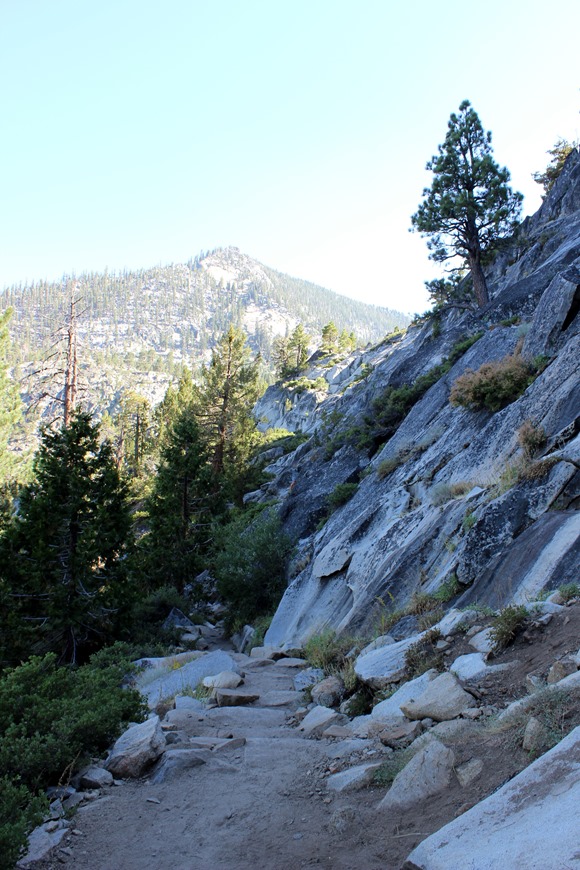 At ten years old, Coco still acts like a puppy but we didn’t want to risk her injuring one of her legs like she’s done in the past so Brandon started carrying her for part of the hike. 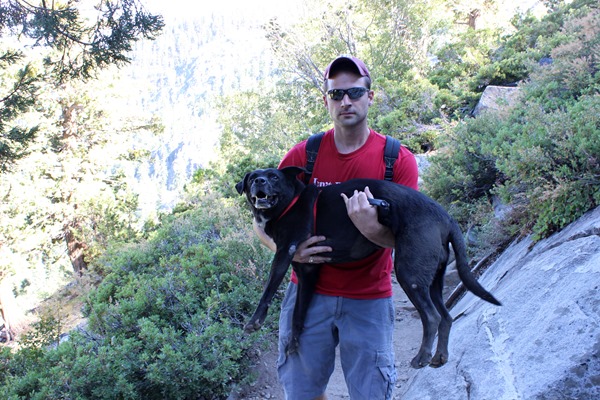 We made it far enough to get a gorgeous shot of the lake but had to turn around there since it was becoming a little too much for our pup. 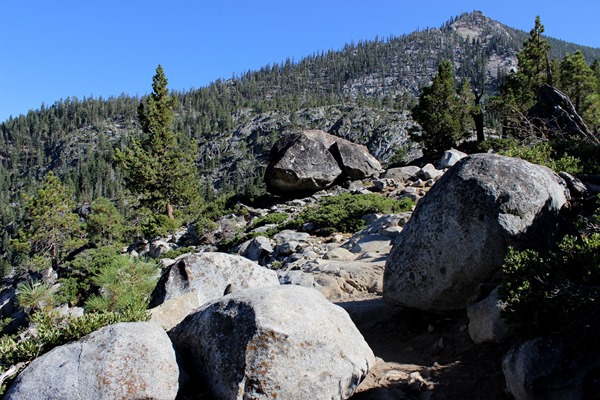 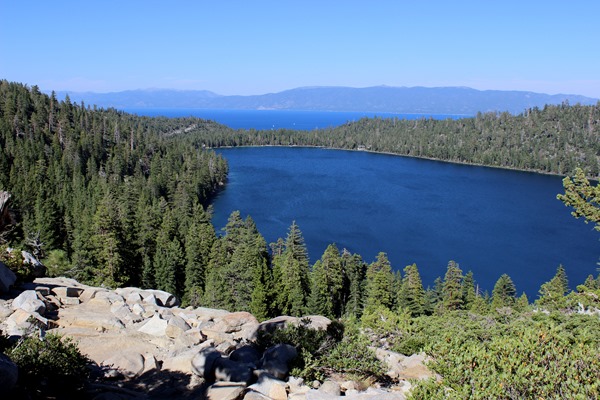 She had fun while it lasted though! 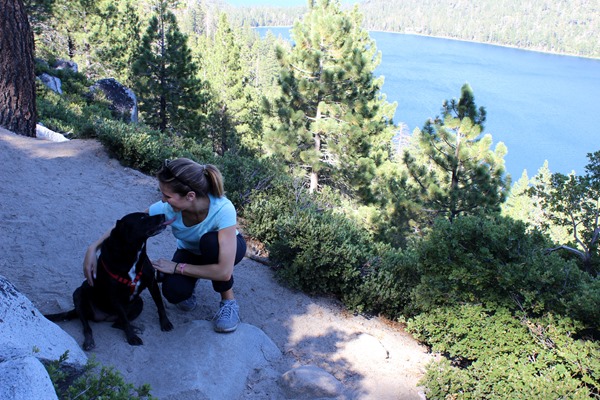 We didn’t do the entire hike but what we did see was probably the best one we’ve been on yet. If you enjoy hiking and are ever in Tahoe, I highly recommend checking it out.

Do you take your dog hiking? What’s the best hike you’ve ever been on? 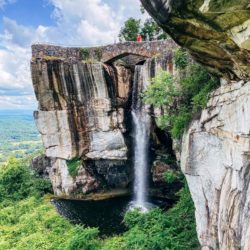 Where to Eat, Stay and Play in Chattanooga 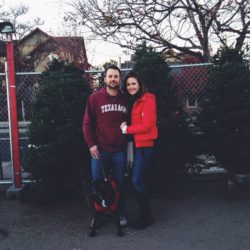 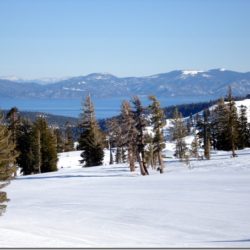