Okay friends, this is where I pull back the curtain and let you see what didn’t make the cut this year. Because it’s just as important to look back at where you went wrong as it is to look back to where you had success, right?

Or, if nothing else, at least it’s somewhat amusing for you to see. There were A LOT of failures that I was too busy crying over to take pictures of but I tried my best to remember and save those that I didn’t think were worthy of posting. There a few REALLY bad fails and the rest are ones that I thought I could improve after shooting. Yeah, that obviously didn’t happen… 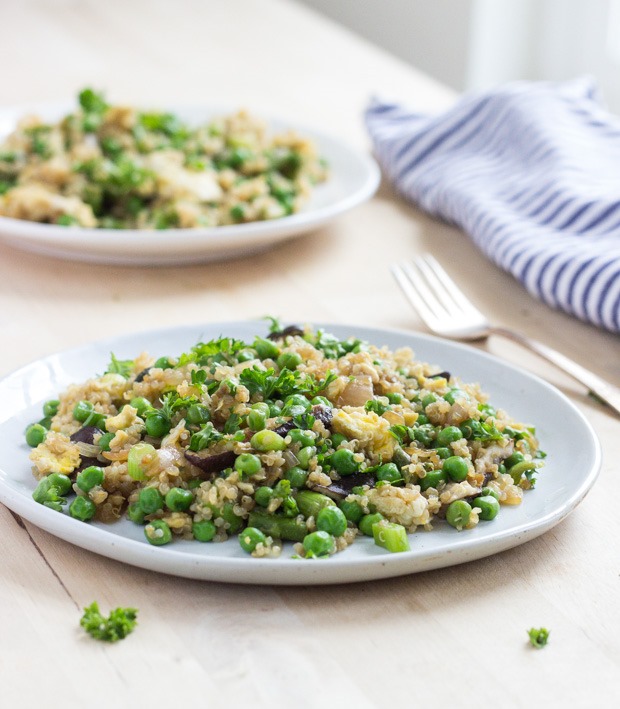 Starting off with a baby fail, I thought this spring vegetable quinoa stir-fry tasted good at first but after I sat down to eat a few bites, I realized it was kind of gross. The texture was mushy and the flavor was just meh. Not worth remaking or posting. 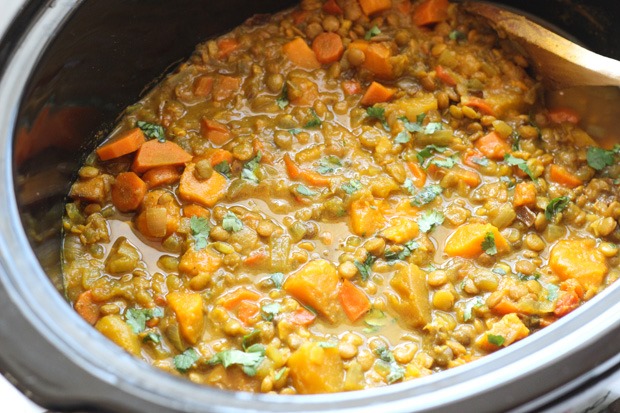 I’m annoyed by how good this one looks. I tried SO hard to make a slow cooker lentil curry earlier in the year but it just wasn’t happening. I mean, it always came out edible but it wasn’t anything to write home about.

What I learned from the um, I don’t know, FIVE failed batches was that I need to find a more flavorful curry powder or just forget about making it in the slow cooker. 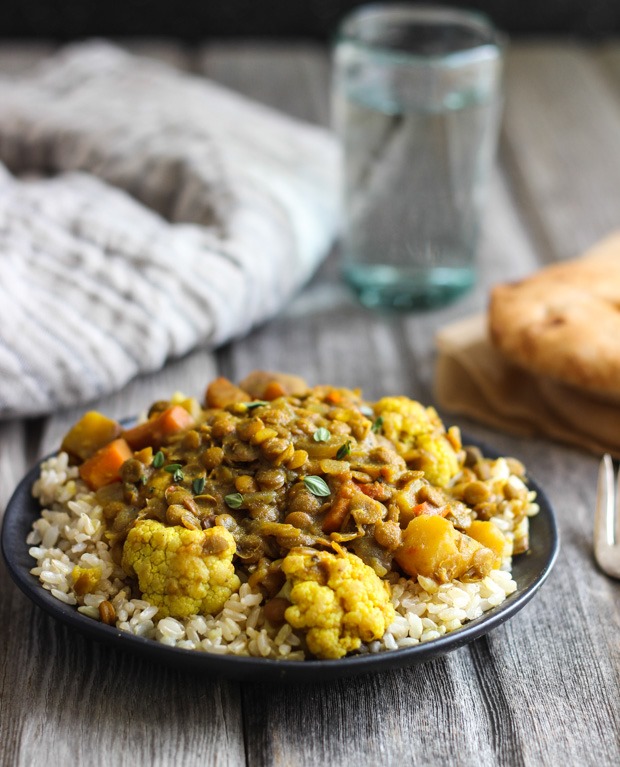 Let’s talk about one recipe that I’m NEVER going to try to make again: Vegan Quinoa Cupcakes. I can’t even tell you how many failed batches of these I had to shove down my throat this year.

The funny thing is, I had a few readers tell me that they were able to make this quinoa cake without the eggs but for whatever reason it did not work for me. It doesn’t matter how long I kept them in the oven, they were still wet and basically raw inside. It’s been months and I’m still gagging. 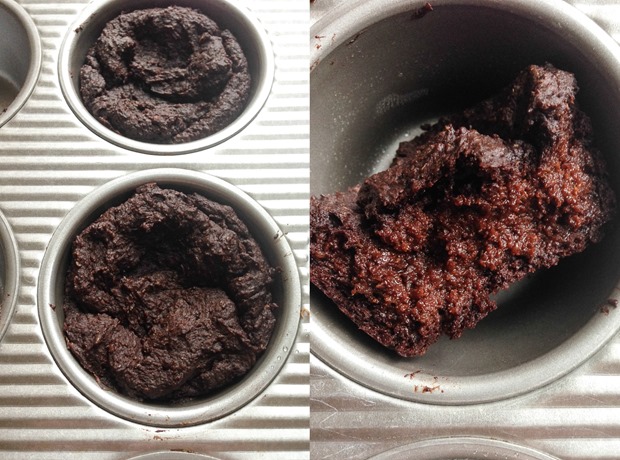 And I tried again to make them with beets for Valentine’s Day. They might look better on the outside but the inside was still….EW. 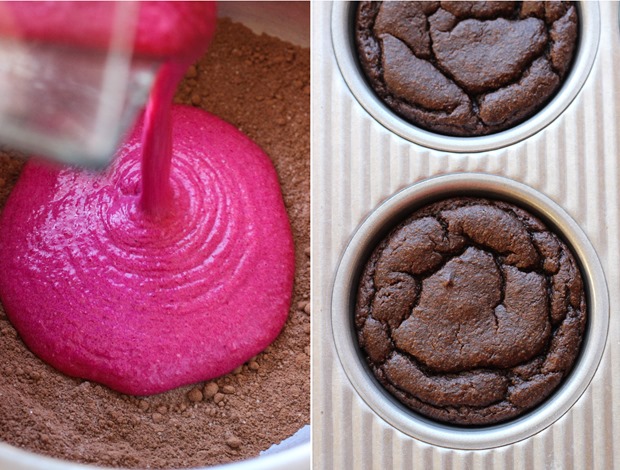 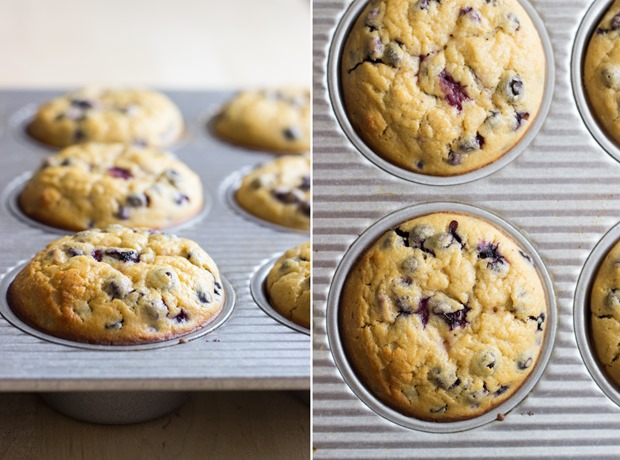 Moving on to a more attractive muffin, these were supposed to be gluten-free lemon blueberry flavored that were made with quinoa flour and coconut flour. The texture was disgusting and I’ve decided that coconut flour and I can no longer be friends. Just kidding. Kind of. ;) 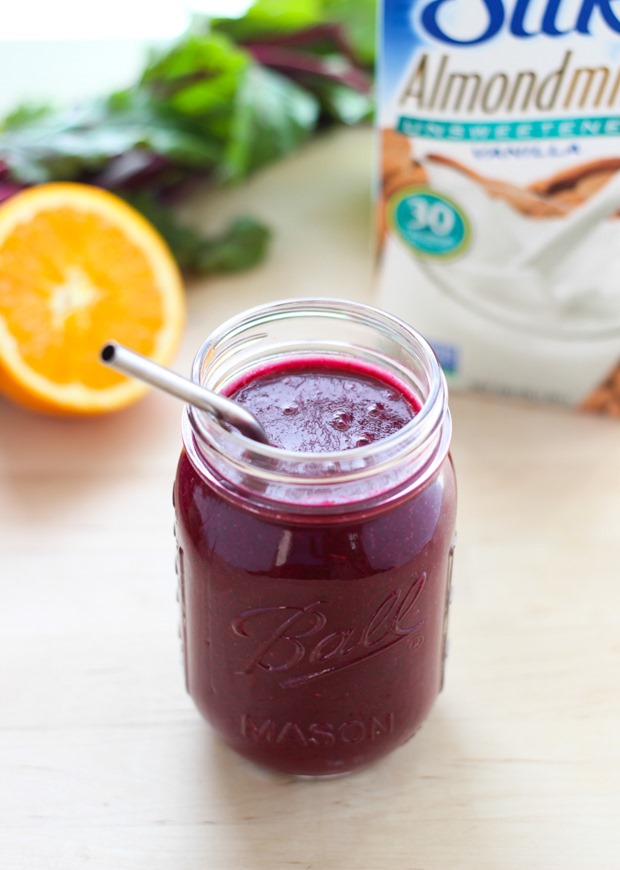 You know what vegetable tastes awful in a smoothie? BEETS. Which is strange because I love beets. Beet juice, beet hummus, roasted beets as a side with dinner. But I don’t know, I just couldn’t get down with them in a smoothie. ‘Twas GROSS. 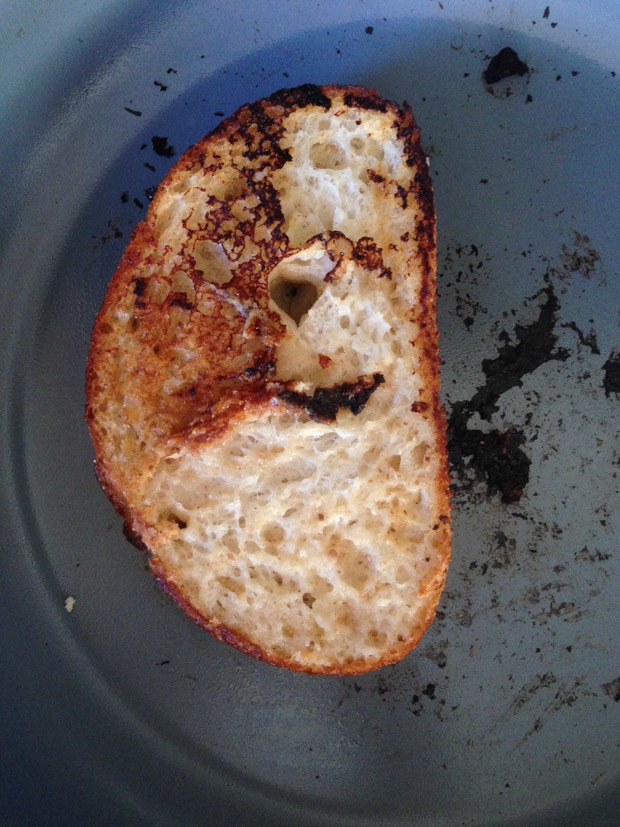 This ugly piece of bread was supposed to be a vegan chia french toast. As you can see, the outside stuck to the pan while the inside remained soggy. Le sigh. 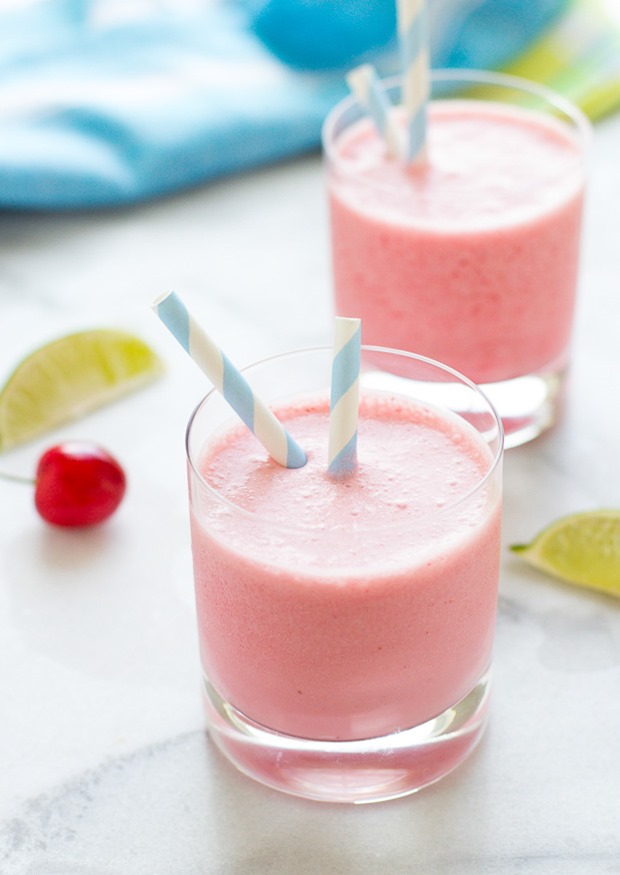 I thought we could use a pretty one after that horror scene. I was really close to posting these creamy cherry limemades. They were made with coconut milk and they were delicious but the acids in the lime juice caused it to separate within three seconds of pouring it.

I had to keep stirring it with a straw as I took the pictures and it felt wrong to share something that would look completely different when someone made it at home.

On the bright side, I found a cherry that looked like a butt! ;) 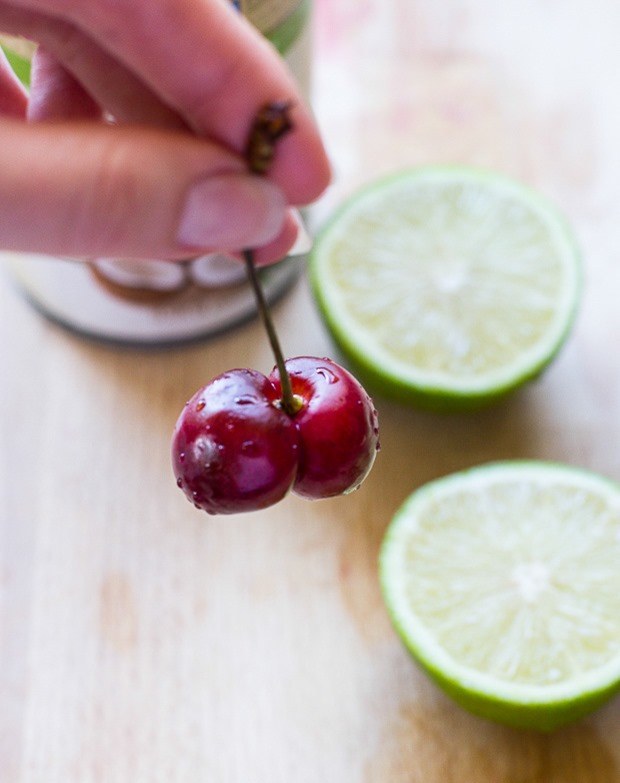 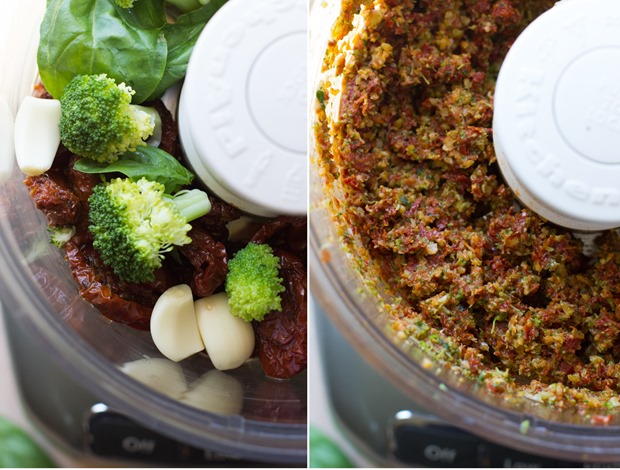 This was a sundried tomato and broccoli pesto. Flavor= thumbs up. Texture= BIG thumbs down. I think I steamed the broccoli which made it too watery and gave the pesto a mushy texture. It might be worth trying again with roasted broccoli but I have to wait long enough for my brain to purge the MUSH from my memory. 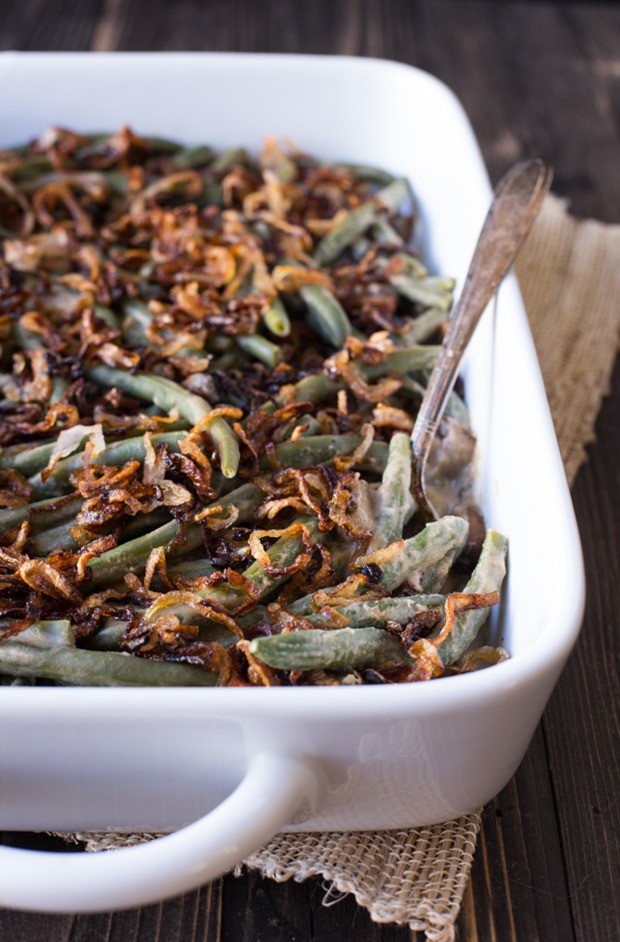 Do you guys remember me mentioning how I made a green bean casserole with the vegan cream of mushroom soup? Here she is, in all of her burnt shallot topping glory. Somehow I didn’t see that one going over so well. 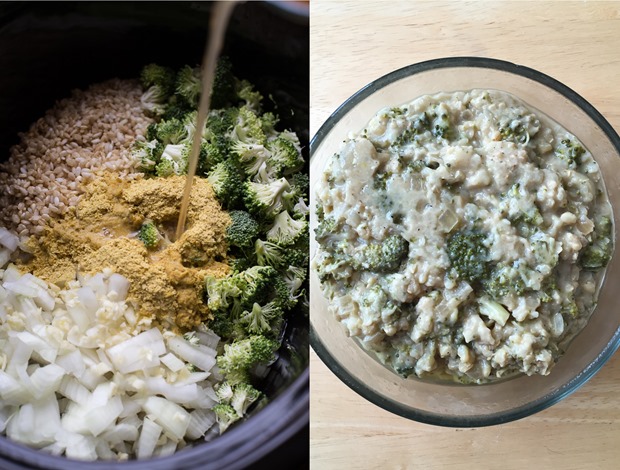 Last but not least, my most recent fail was this Vegan Slow Cooker Broccoli ‘Cheese’ Casserole. I don’t know what I was thinking with this. That my slow cooker was a magician?

The broccoli was so overcooked and the whole thing looked like a big pot of slop. Thankfully it didn’t taste horrible so we were able to eat most of it. Neither of us enjoyed it. Major DUD.

Well, that’s all I have evidence of but I can tell you there were many more that I have no problem forgetting. Be sure to check back soon for the recipe successes of this year + a giveaway! :) 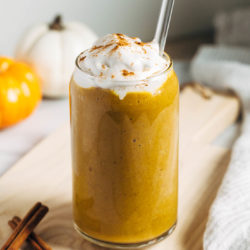