Our Wedding: The Reception 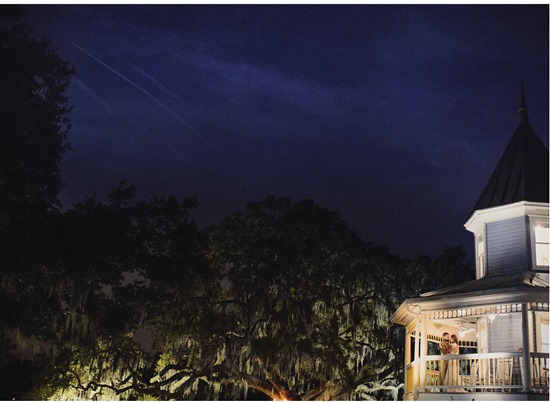 Once we finished taking our sunset portraits, we made our way back into the house for the reception. For our entrance, we chose the song Welcome to the Jungle by Guns N’ Roses, which made for a comical start to the night. 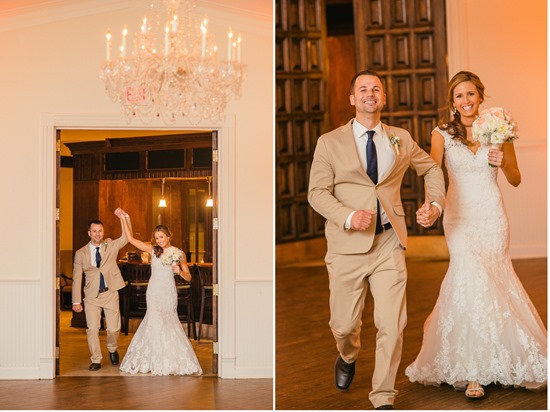 After everyone was settled in their seats, champagne was poured and the speeches began. In total we had four and Brandon’s brother, Derek, was first up. 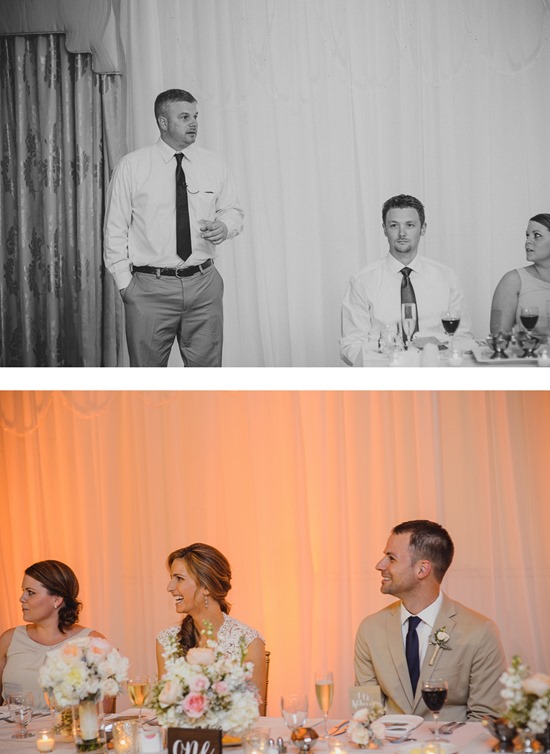 He started by cracking a few jokes at Brandon’s expense which had all of us laughing, but by the end, it became sentimental. It turned out to be a really heartfelt speech that ended in tears. 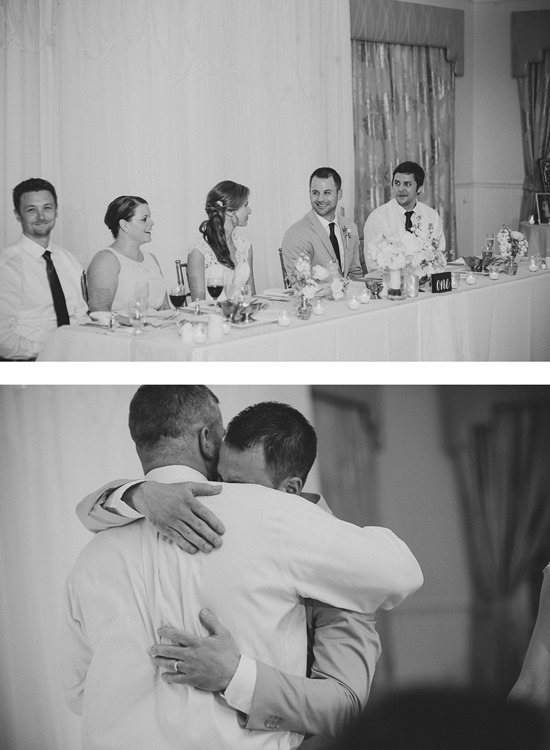 They are both usually very strong and poised men so it was really sweet to see them show so much emotion.

Then after that, my mom gave a beautiful speech telling me how proud she is of me and how happy it makes her, knowing that I found someone like Brandon.  Of course, I cried like a big baby. 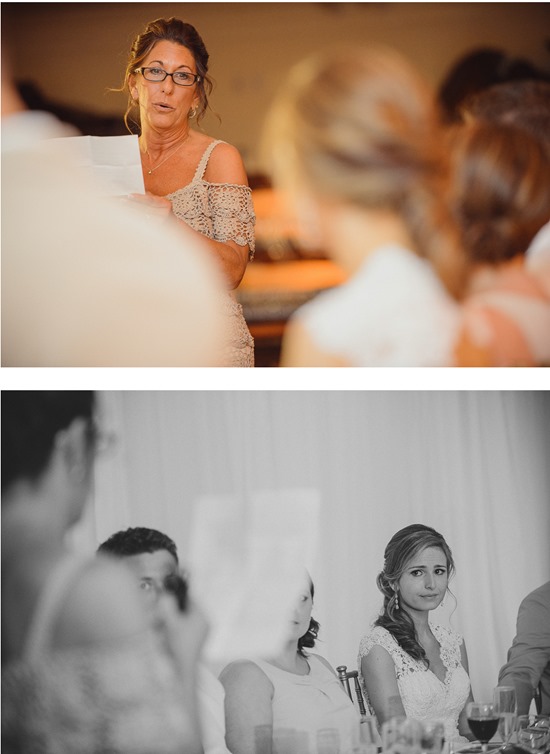 Next was Brandon’s father who also gave an emotional and beautiful speech that ended in happy tears. 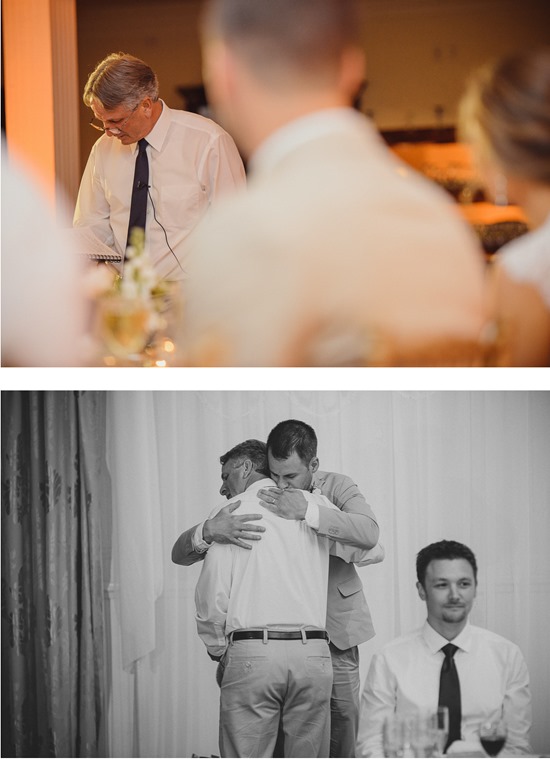 Last but not least was Joel, Brandon’s best friend for almost 15 years and our roommate in college. He has seen us go through some pretty big ups and downs over the past nine years so it meant a lot to hear him congratulate us on our success and toast to the happiness of our future. 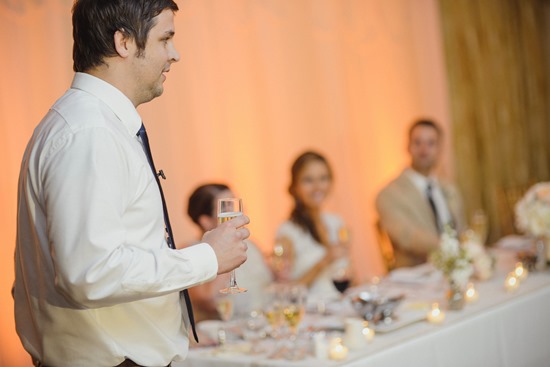 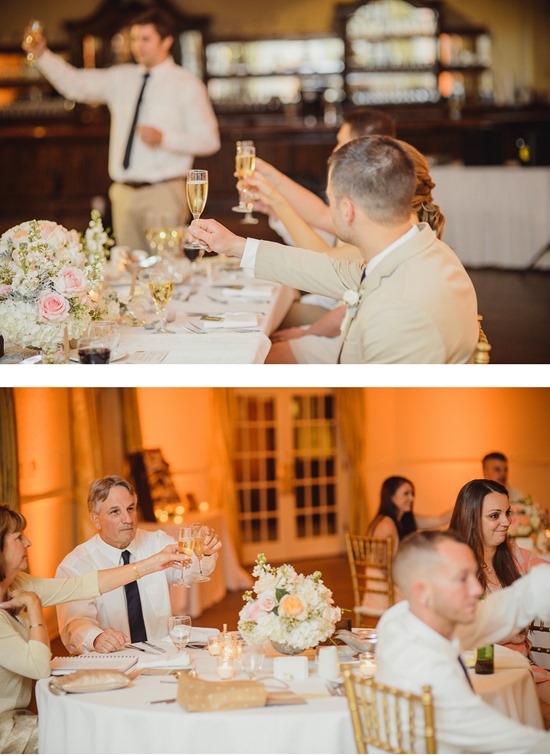 After the speeches, we enjoyed salads and a vegetarian dinner that included eggplant parmesan and mushroom stroganoff. I barely ate anything because of all the excitement but from what I remember, it was delicious.

Our first dance was to the acoustic version of Thank You by Chris Cornell. 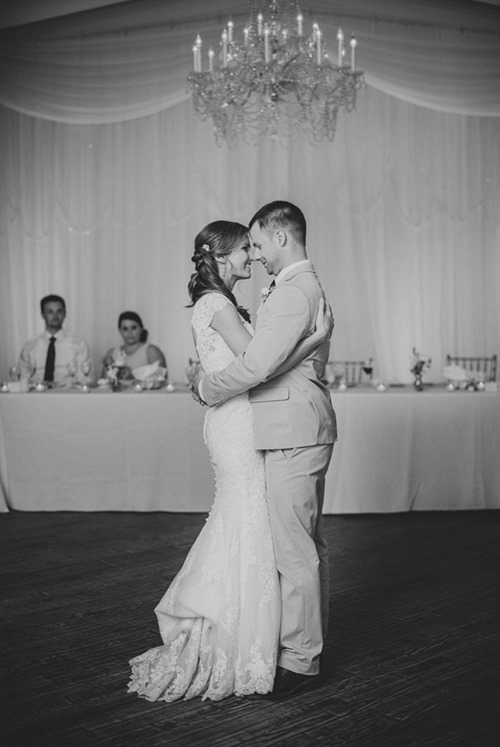 I’ve always loved the Led Zepplin version of that song and Brandon is a huge Chris Cornell fan so when we found the acoustic version, we knew it was perfect for us. 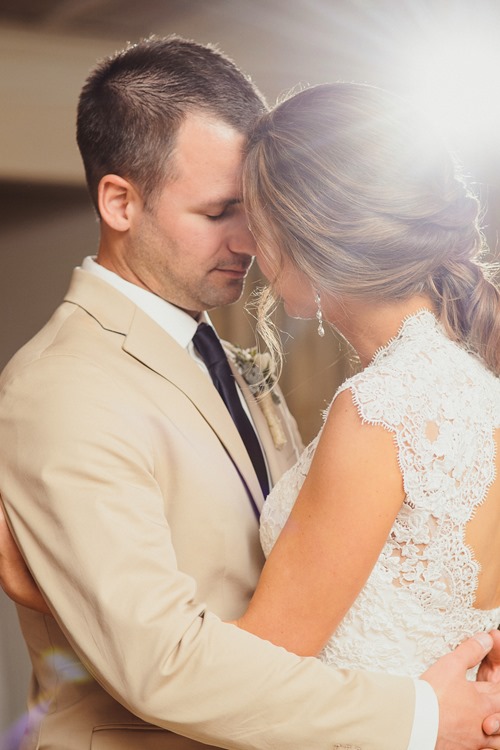 Brandon danced with his mom to I Hope You Dance by Leeann Womack and I danced with my mom to In My Daughter’s Eyes by Martina McBride. 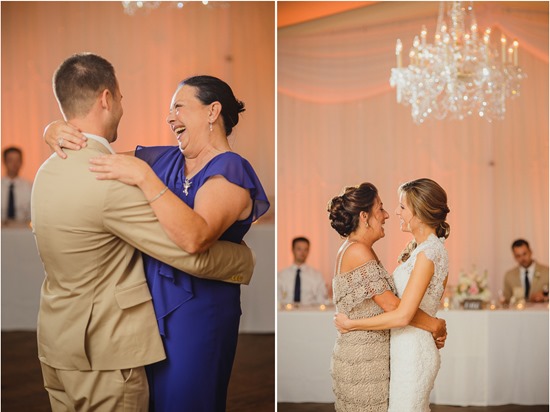 My mom and I were laughing because she told me that we were dancing to the wrong song. We’re still arguing about who’s responsible for that one (her!) but at least it made for a good laugh.

After that we cut the cake to One and Only by Adele. 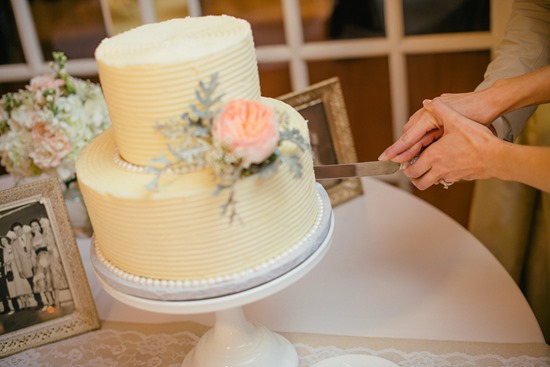 Brandon made it clear that he didn’t want there to be any smashing of cake into each other’s face so we kept it neat and tidy. 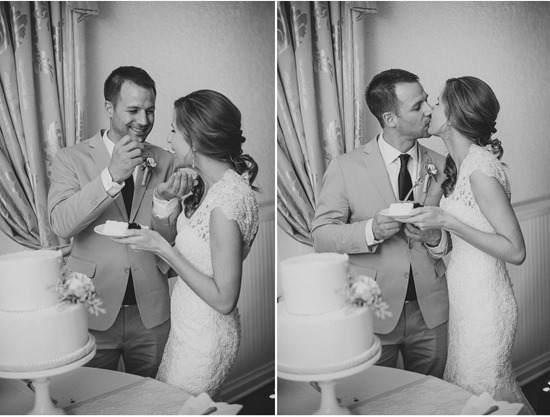 Then it was time to get on the dance floor and make asses of ourselves!

We made a playlist based on music selections from our guests so that there was something for everyone. I was actually a little worried that no one would dance since it was such a small wedding but we had a pretty decent turn out. Brandon’s dad is a huge Bruce Springsteen fan so he was out there as soon as he heard Bruce come on. 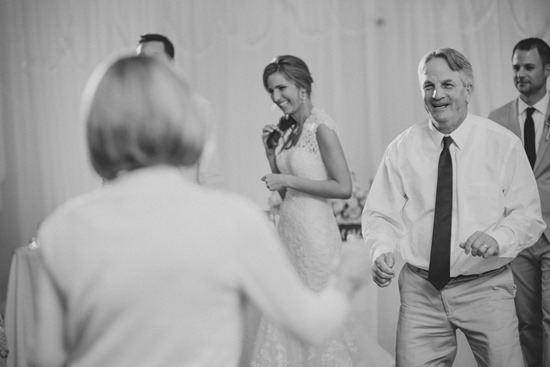 Our friends Stacey and Jayme are from Texas and they got up and started two-stepping at one point. Unfortunately my photographer missed that shot but he did get them laughing at us from the table. 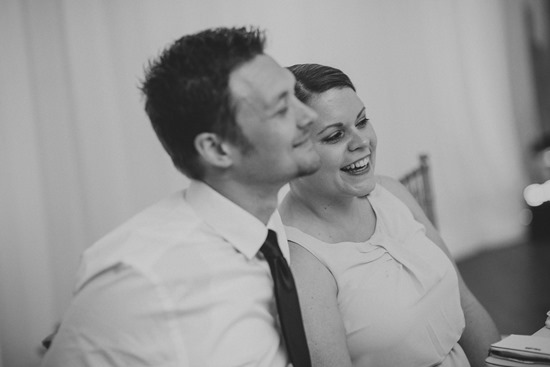 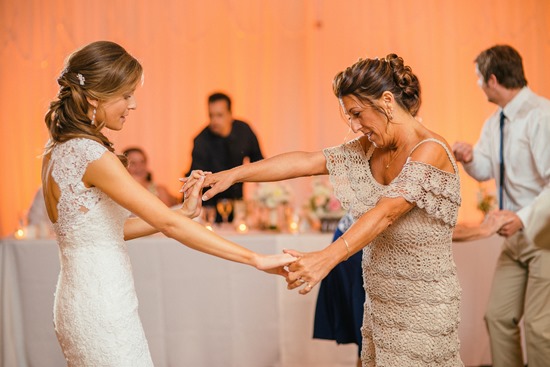 By then, it was pretty much time to wrap things. Eventually, we made our way to the car as everyone blew bubbles for our exit. 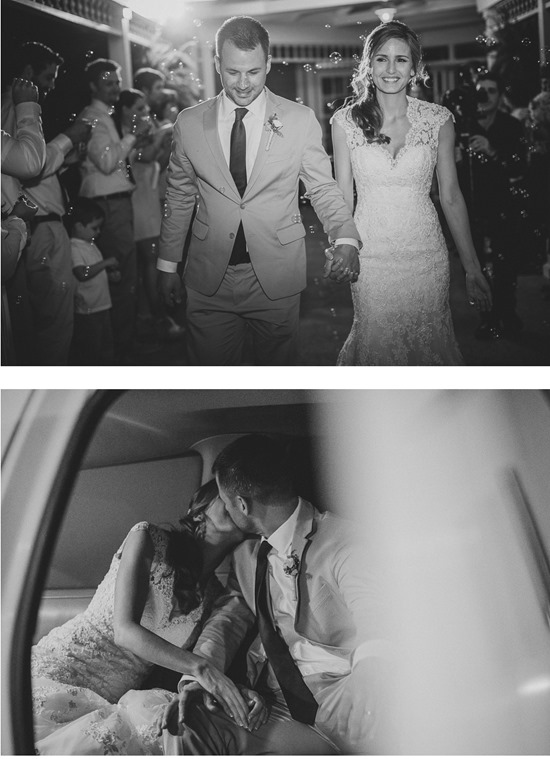 It was a perfect end to the best day of my life.

All photos are courtesy of Dustin Prickett at Sunglow Photography 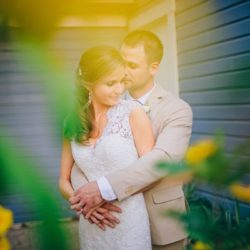 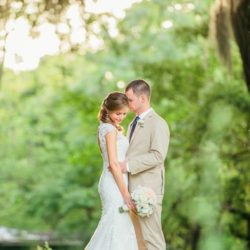 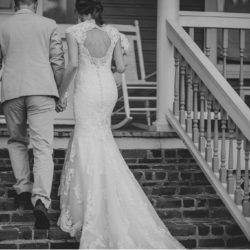