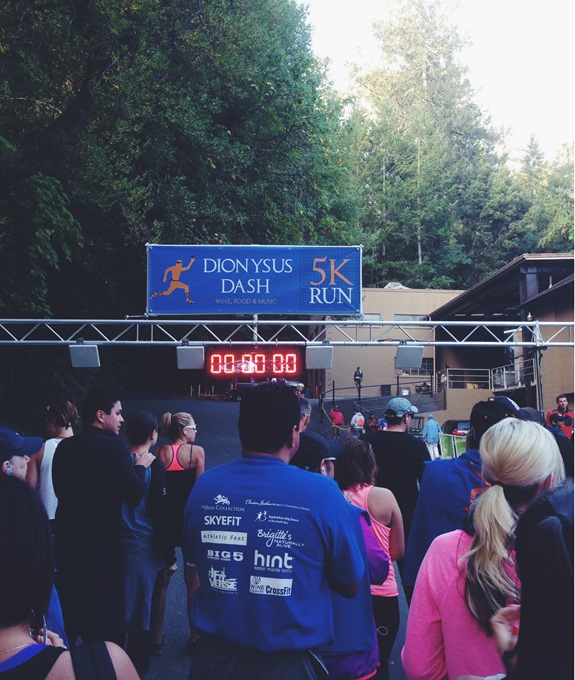 The 5k in Napa turned out to be a blast but I still don’t know how to pronounce Dionysus. Supposedly he’s the “Greek God of Wine”, sounds like my kind of dude.

The run was held at Hess Winery which we had been to once before in 2012 while visiting California on a house hunting trip. 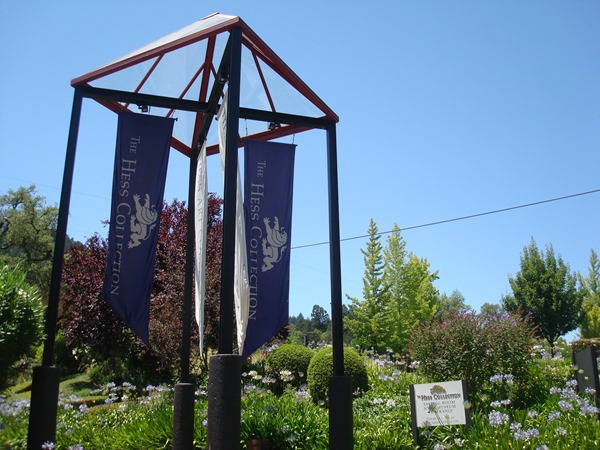 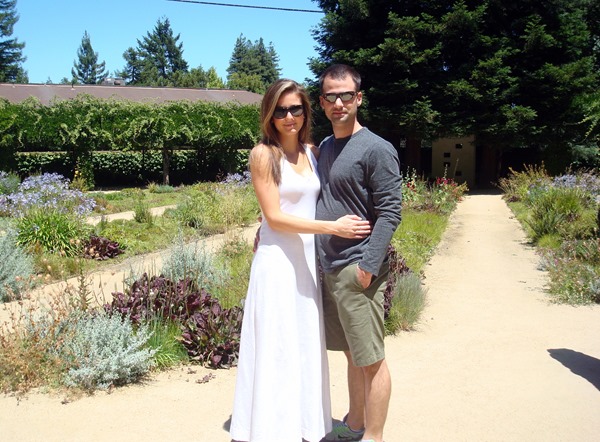 Two years later, we’re back again, this time at the butt crack of dawn hoping to get another taste of their delicious wine after running three miles on a grueling and beautiful course through the vineyards.

I haven’t been training for a race so my main goal going into it was to just have fun and enjoy the scenery. We woke up at 5am, ate a few bowls of steel cut oats that I had prepped the night before and then made the hour drive to Napa to catch the shuttle from the designated parking area.

As soon as the run started, we took off uphill as the course ascended with what I would estimate to be a 15% incline. It was a brutal start, to say the least. Brandon and I kept a reasonable pace together, doing our best to breathe as we tried to manage the unexpected steep hills. I forgot my SPIbelt and my headphones so I had to carry my phone and run without music which is way out of the norm for me. I rely heavily on the energetic breaks of a song to get me through the mental challenges of running. 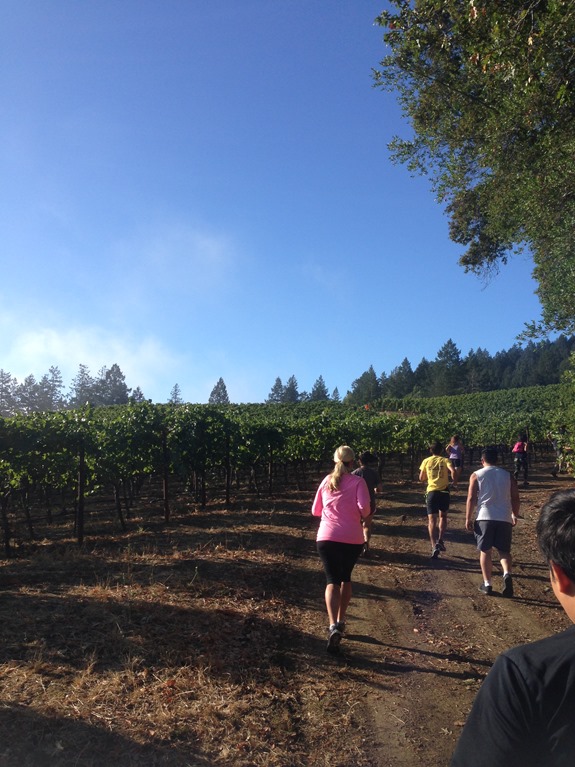 About three quarters into the first mile the hills began to take a toll so we power walked part of the way. Then once I started running again, I realized that Brandon was behind me so I stopped to wait for him and to take his picture, naturally. 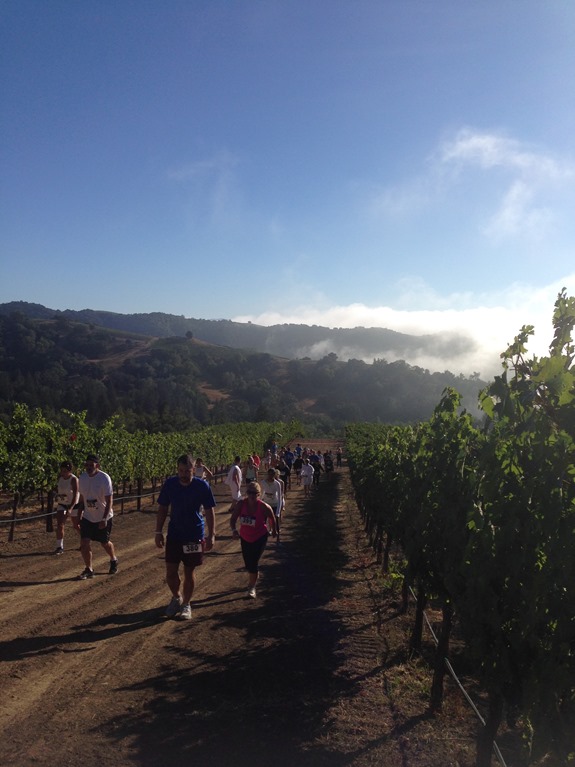 I started to regret wearing my jacket at that point and took it off to carry along with my phone. I really need to suck it up and suffer through the cold beforehand because the same thing happens every time and I’m stuck carrying a ton of unnecessary bullshit. Lesson officially learned.

Brandon was starting to tire out and I contemplated walking and enjoying the scenery with him but I just couldn’t relax with people running by me so I took off on my own for the rest of the run. The hills continued to kick my ass but I didn’t let that hold me back from snapping a flattering mid-run selfie. 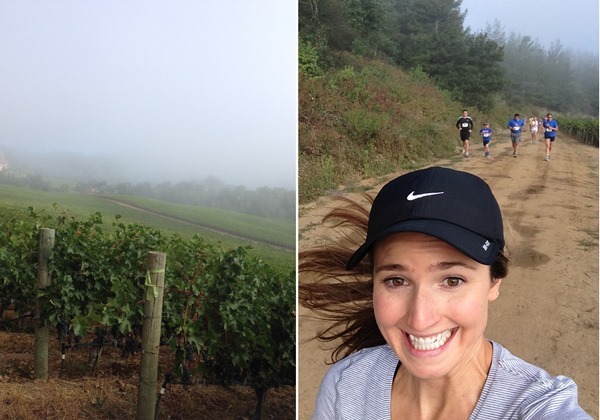 I tried to pick up my pace in the downhill portions which caused my toes to hit front of my shoes as I ran. I couldn’t help but feel grateful that this was only a 5k for the sake of losing a toenail.#eww

Thankfully the final stretch was relatively flat, with just a few more hills towards the finish line. There was a girl right in front of me wearing headphones and I swore by the sound of her panting and moaning that she was going drop flat on the ground at any moment. 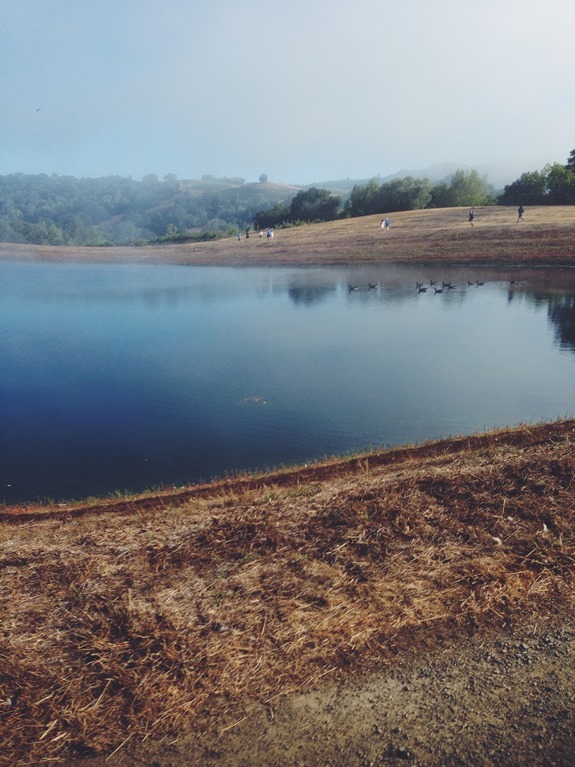 I told myself that the least I could do was pass her before the finish but her moaning must have been some sort of coping method because she kept right on ahead of me. So much for that plan!

When I finally crossed the finish the clock read 29:54, putting me in 23rd place out of the 251 women that raced. That definitely leaves room for improvement but hey, I’ll take it! 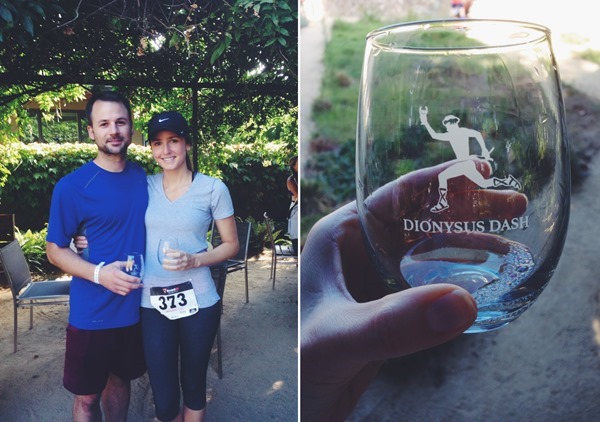 Our consolation prize included custom wine glasses with samples of four different Hess wines and I have to admit, I was a little hesitant to drink at 9am but after the first taste, I was quickly reminded that anytime is a good time for wine.

We finished our tasting and then took the shuttle back to the car to make the drive north to Solage Resort & Spa for brunch. 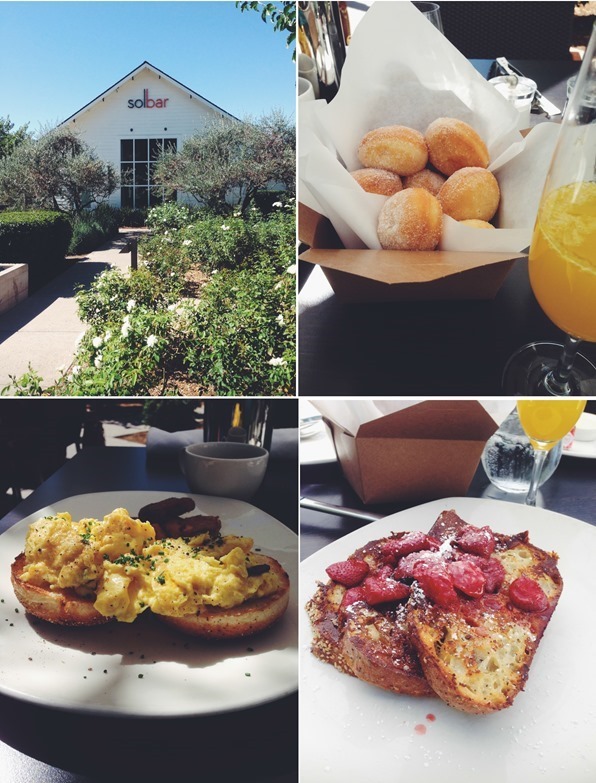 Yes, it was just as good as it sounds. And how cute are the miniature condiments? 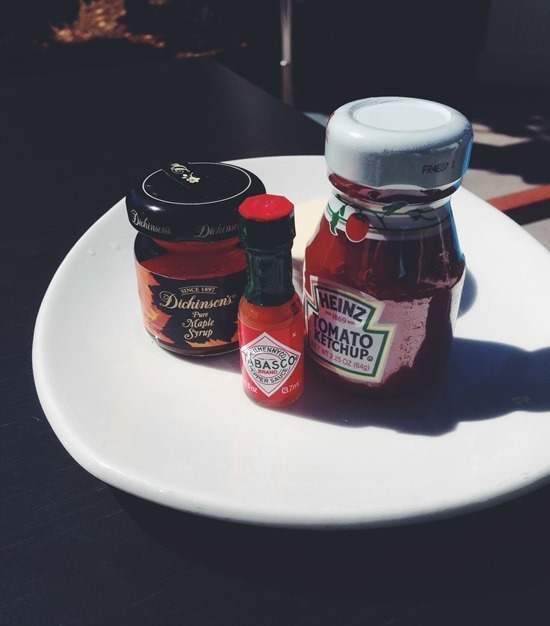 After that we had an appointment at the spa for a couple’s mud bath. This was our first time doing anything like this but it turned out to be a ton of fun!

You start by going into a room with a bucket of prepared mud that has been scented with essential oils of your choosing. We did the seasonal special which was a strawberry lime and it smelled delicious. Then you smear on it each other like lotion and lay down to relax while it dries. After about twenty minutes, they knock on the door to signal for you to shower off using either an indoor or outdoor private shower and then they take you to a separate bathing room to soak with sea salts for ten minutes. 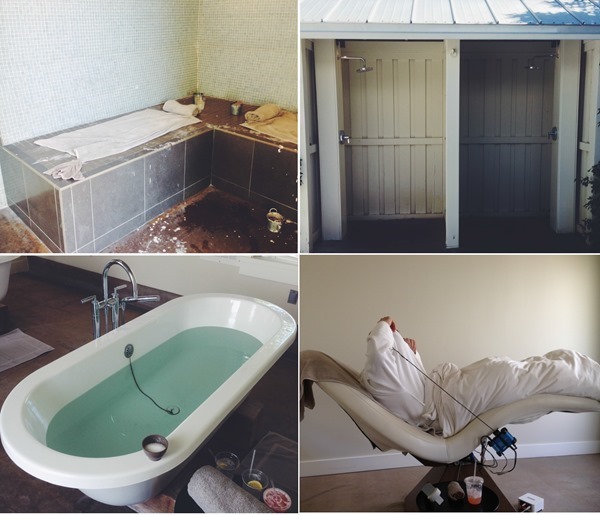 Once you are completely clean of any residual mud, they take you to the final step- a “power nap” in a zero gravity chair with a cocoon blanket and headphones that play soothing music.  The last part seemed a little silly to us but the chairs were pretty relaxing. It kind of made me crave a massage though. Maybe that’s a part of their master plan?

In addition to that, they allow full use of their mineral pools with any treatment so we were sure to take a dip after our mud bath and relax with a couple of fruity champagne cocktails from the bar. 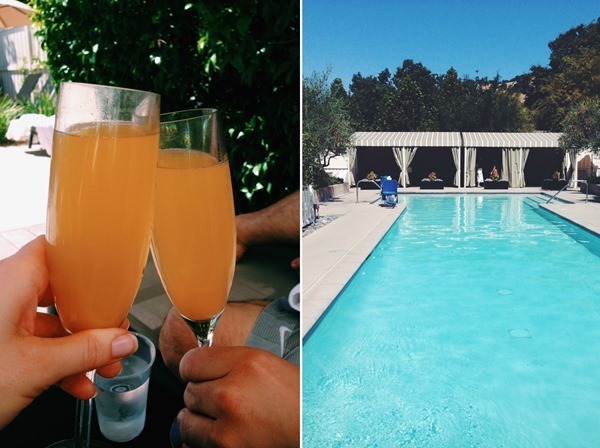 Overall I was very impressed with Solage Spa and I think it’s a perfect way to treat yourself while you’re in Napa. I’m already looking for another race to sign up for as an excuse to go back!

What’s your favorite thing to do after a race? 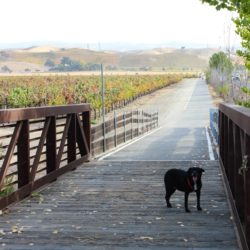 Pumping It Up + Robertson Park 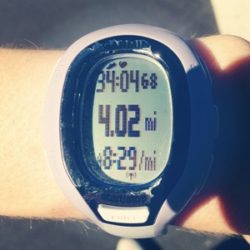 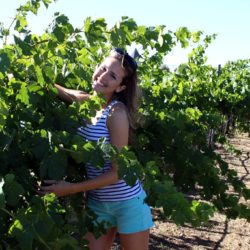