I was hoping that my next post would have a positive update in regards to Gigi but, unfortunately, this is not the case.

On Wednesday evening after coming home from work, Brandon and I immediately noticed that her lethargic behavior had rapidly increased. She did not get up to greet me with an excited bark as she usually does every single day and she was lying in the kitchen with a sad look on her face. After calling her to me, she wobbled her way over and I began to notice that her breathing was very irregular. I urgently asked Brandon to call the vet’s office to get the emergency referral number and after a quick phone call, we carried her to the car and I sat in the backseat with her while Brandon drove us to the ER. After what felt like an eternity, we pulled up to the pet emergency room and the first thing they did was check her gums which they noticed were very pale. They said that was a serious sign and that they had to take her back immediately.

The tears began pouring at this point as we waited for the doctor to report back their findings. About ten minutes later, they came in and told us that Gigi had a tumor on her spleen called Hemangiosarcoma which had spread to her liver. Because of the vascular nature of the tumors, they often rupture and cause severe internal bleeding which was what was happening with her. The doctor told us the prognosis was not good and that because of her internal bleeding, she could pass at any moment. She explained it was urgent for us to decide whether or not to immediately start her on blood transfusions so that they could take her to surgery to remove the spleen and resect the liver. She also explained that the chances of her surviving were not very good since it had already spread to her liver and that she may not even make it out from surgery depending on how much further the cancer had spread.

Brandon and I were both in complete shock because we thought she had injured her leg and was weak and tired due to the pain. The doctor explained that the leg injury could have been what sent the cancer over the edge but that it had likely been progressing for several months. After taking a few rushed minutes to discuss what we would should do, we both decided that it would be best to say our goodbyes and not put her through further suffering.

Although she was in critical condition, she was still trying to find a way to leave the doctor’s office. We eventually coerced her to lay down on the floor with us and tried to cuddle and comfort her while we spent our last moments together.

Everything happened so fast that it still feels like a nightmare. I could have never imagined that she was full of cancer in the last months of her life and feel extreme guilt for not realizing this was the case.

We had taken her for a wellness exam at the vet’s office in March and everything was fine. Then a few weeks ago, she started limping and we thought she hurt her knee because the symptoms were almost identical to that of our other dog who had injured her knee several years ago. We thought her lethargic behavior and slightly diminished eating was because it hurt her to stand for a long time and took comfort in the fact that she was still eating treats and barking at the door like everything was fine. Even on the last morning, I had filled her bowl with food and drizzled some olive oil on top to make sure she was eating and she ate for a good five minutes in front of me. It almost feels like she was doing all that she could to make sure I was happy, regardless of how awful she felt.

To say that my heart is broken is an understatement. Gigi would have been ten years old next month and come September, I would have had her for ten years of my life. She was the most loyal and loving dog I could imagine and I truly felt like she was my puppy soul mate. She made it her duty to protect me and was by my side in all that I did. There will forever be a hole in my heart now that she is gone but I hold on to the hope that we can meet again one day.

As you can imagine, my appetite is non existent and I feel drained of all energy. I am trying my best to have strength for Coco so that she doesn’t feel lost without her lifelong pal but each day has been a struggle. I didn’t want to disappear from the blog and not let anyone know what has happened but I will likely be taking some time off until I can adjust to the new “normal” in my life and find the inspiration to create new recipes again.

In the meantime, Brandon and I are working on a scrapbook to honor Gigi’s life. She brought us both so much joy and happiness and we will cherish those memories for the rest of our lives. 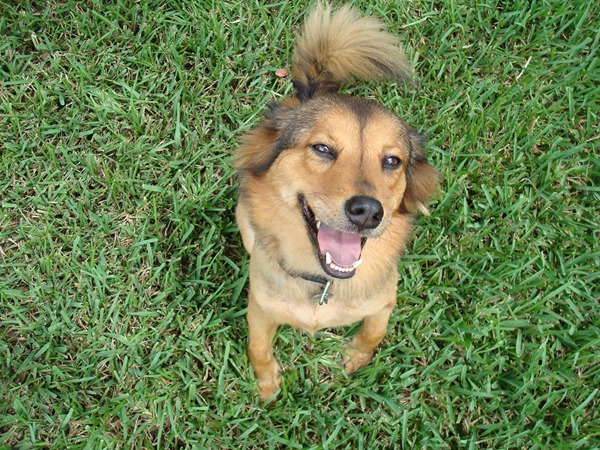 Thank you for listening and I hope you will cuddle your furry friends a little closer in memory of my girl. 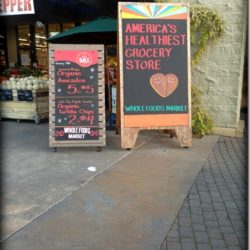 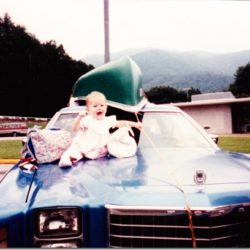 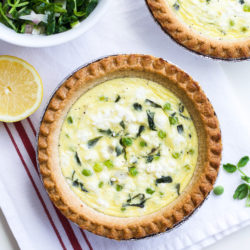