How to Cook Quinoa

I mentioned soaking quinoa last week when I posted the Spinach Artichoke Quinoa Casserole and a few of you promised you wouldn’t be bored to tears so I decided to put together a post to show you how I prefer to cook quinoa. 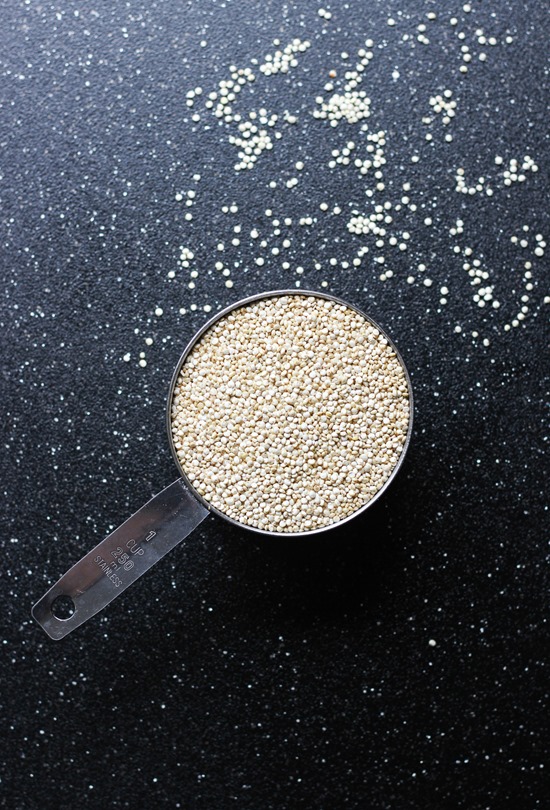 Now I should clarify that I’m not achieving a sprout when I do this. I’m actually soaking it more so than sprouting, but the idea behind both methods is that they help reduce the amount of phytic acid (or phytates) which is thought to block the absorption of important minerals as well as reduce the digestibility of starches, protein, and fat.

There is a lot of conflicting research on phytates right now with some warranting it as a reason to avoid eating grains and legumes altogether and others promoting it’s health benefits due to the anti-inflammatory effects that it can have. With that in mind, it can be hard to determine whether or not soaking your grains, seeds, and legumes is something that is ideal for you.

Because Brandon and I are vegetarians, we consume a large amount of plant-based foods that contain phytates so I try to be mindful of that. I don’t have time to soak or sprout everything we eat but there are a few things, such as quinoa, that are fairly simple with the proper amount of planning. In addition, I find that it reduces the cooking time and results in a more desirable texture for my personal preferences.

Alright, so now that we’ve got all of the funny talk out of the way, let me show you how I do it!

Step One: The day before I plan to make a recipe with quinoa, I measure out how much I will need, place it in a fine mesh strainer, and then rinse it with running water for 10-15 seconds. 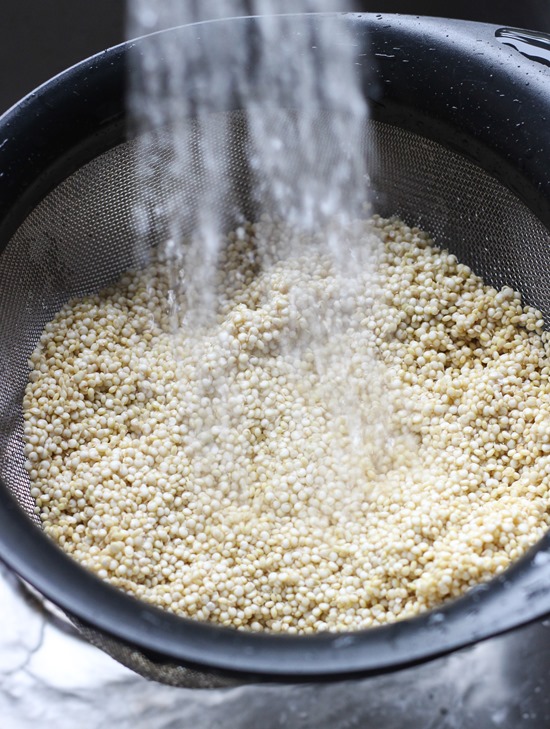 *Note: the purpose of this step is to remove saponins.

Step Two: Place the rinsed quinoa in a glass bowl then pour in enough filtered water to cover it by several inches. 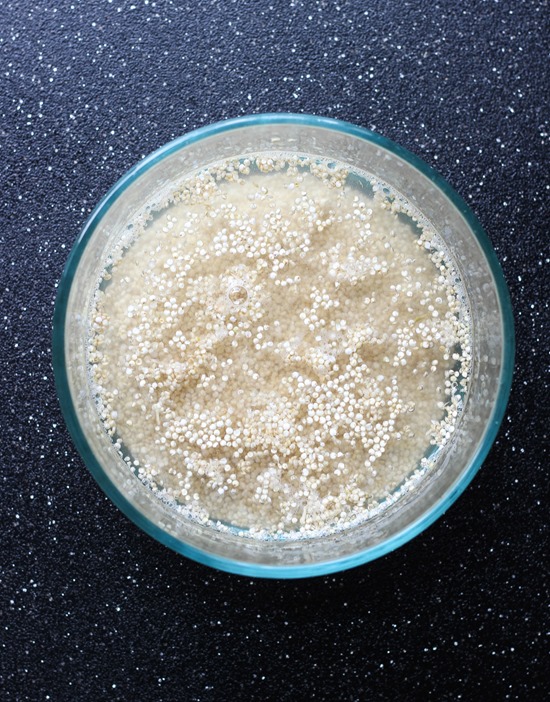 Step Three: Add one tablespoon of apple cider vinegar per cup of water used. {For example, if I’m soaking one cup of quinoa, I will add approximately two cups filtered water and two tablespoons apple cider vinegar} Stir together and then place bowl in a warm location that is at room temperature. 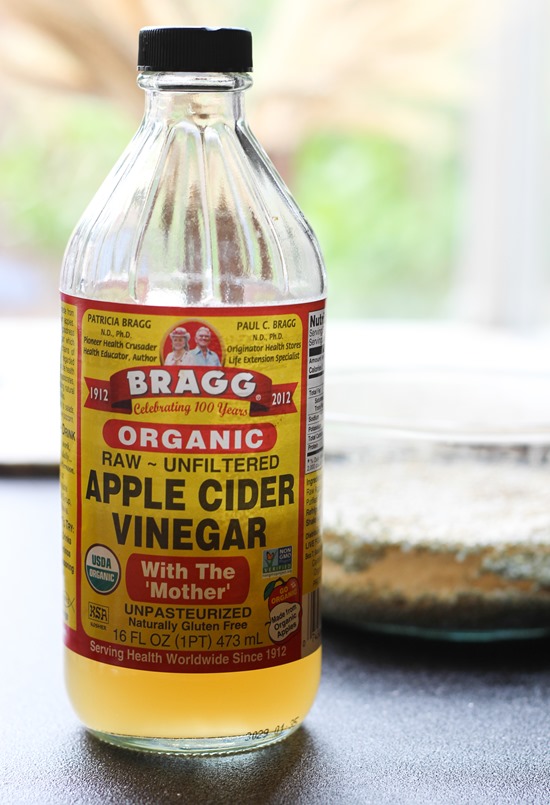 Step Four: The next morning, you will find your quinoa has absorbed some of the water and has also started to form little tails or sprouts. I usually let mine sit for 12-24 hours as the longer it soaks, the more the phytate is reduced. 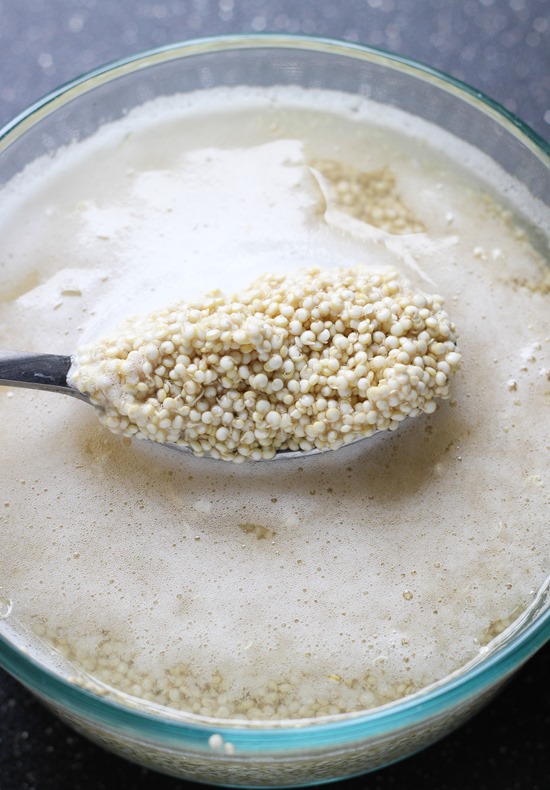 Step Five: Drain and rinse the quinoa again with a fine mesh strainer and then place into a pot large enough for cooking along with the appropriate amount of filtered water (this depends on how much quinoa you are cooking).

I use less water than what is used to cook quinoa that has not been soaked. For example, for 1 cup quinoa I would use approximately 1.5 cups water. 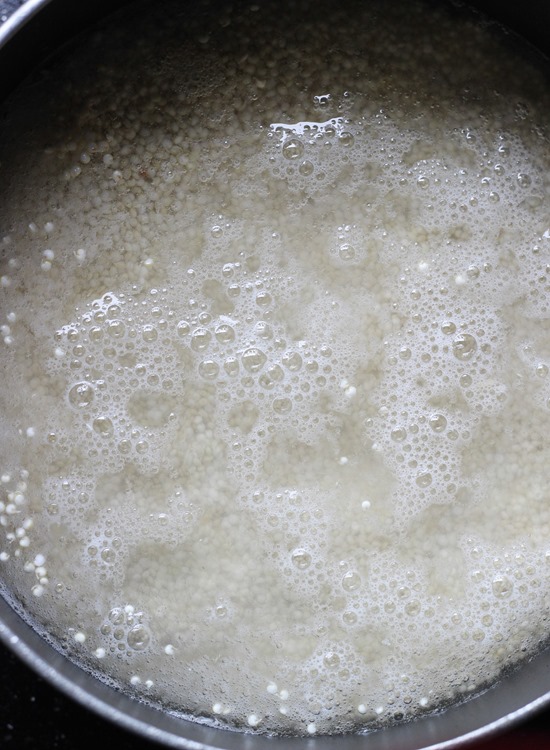 Note: At this point you also have the option to achieve a full sprout by placing it in a mason jar (instead of a pot for cooking) without water and topping with a lid suitable for sprouting. Here is a helpful post on sprouting quinoa for several days: How to Sprout Quinoa.

Step Six: Bring the water to a low boil and then immediately reduce heat to low before covering with a lid. Allow to cook for 15 minutes and then check the texture. If it appears done and there is still water left, drain the excess like you would pasta. If it isn’t done, continue to cook for a full 20 minutes.

Now the quinoa should be fluffy (but not mushy) and ready to eat! 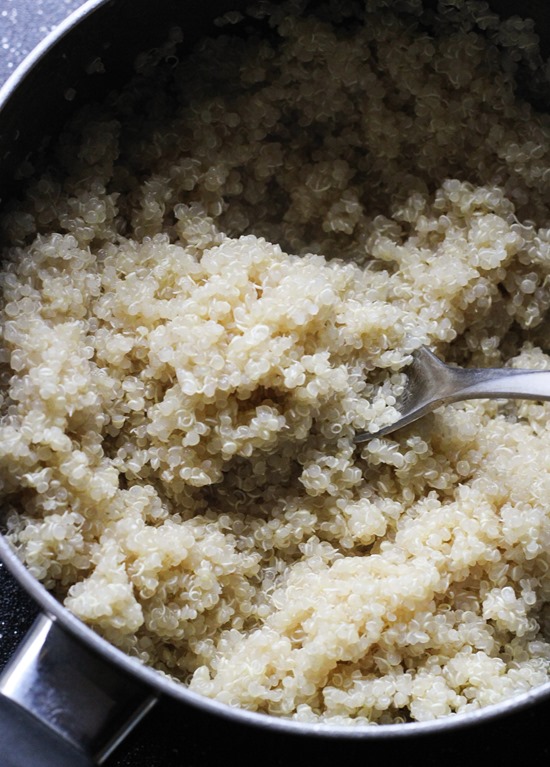 Hopefully some of you found that to be helpful! :)

Do you soak/sprout your quinoa?

How do you usually cook it? 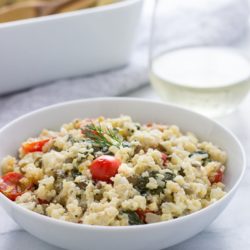 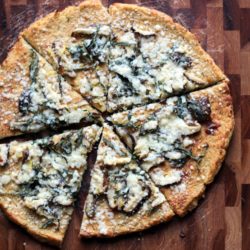 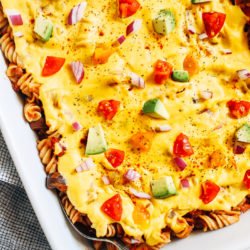