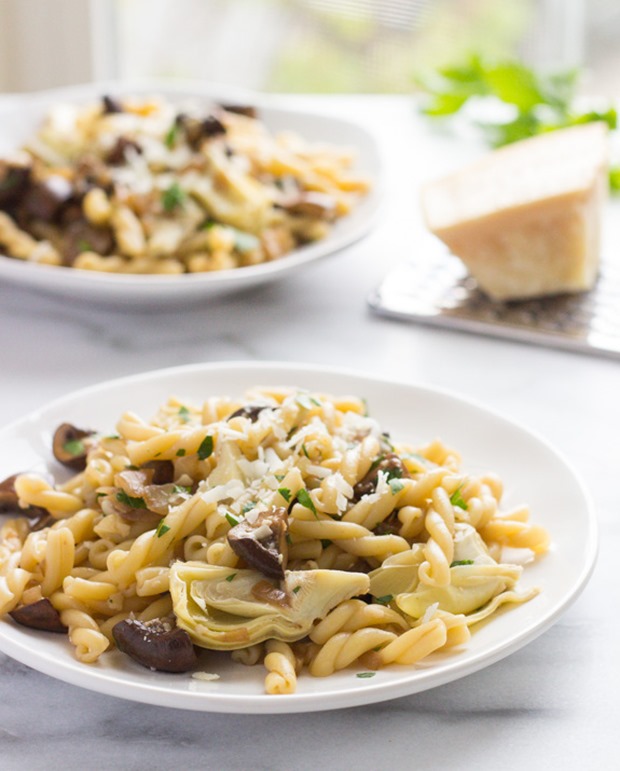 Well hey there! How have you guys been?!

We just returned home from our trip to Carmel yesterday and it was everything I imagined it would be. The Pacific coast is so majestic and breathtakingly beautiful! It made for a very memorable first anniversary. I may have managed to take a few pictures here and there too so keep an eye out for those soon. ;)

In the meantime let’s talk about this crave-worthy pasta that I meant to share with you before I left. It’s one of my all-time favorites that I’ve been making since I first learned to cook. And I’m not talking about when I was seven and learned to make grilled cheese and PB & J. I’m talking about my early twenties, when I first moved in with Brandon and realized if I wanted to eat anything other than tacos and frozen pizza, I better learn to make a decent meal. 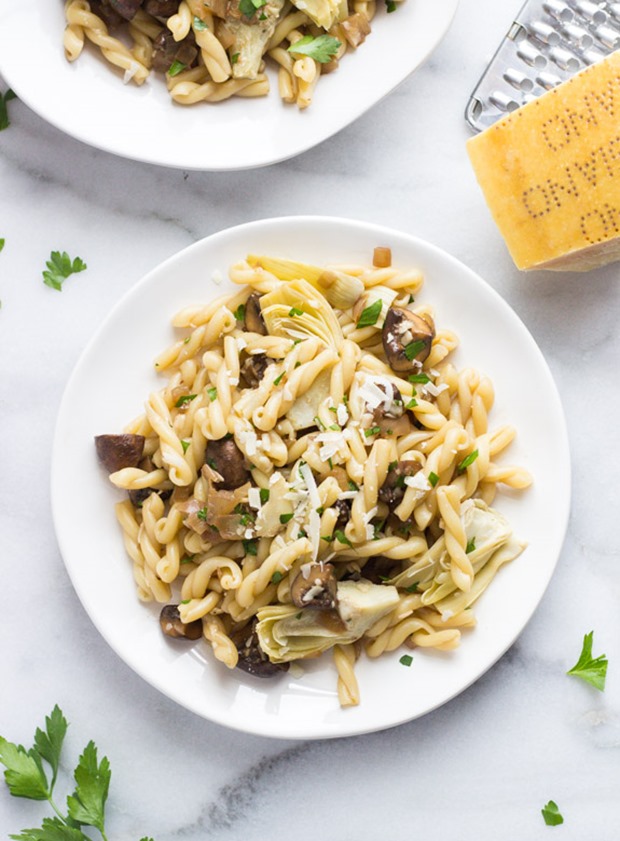 Seeing how we both love Italian food (we met working at Carrabba’s), it only seemed natural to turn to Giada De Laurentiis for help at the time. I recorded every single episode of Everyday Italian, took notes as she went along, and eventually found myself in the kitchen shredding up a storm of parmigiano reggiano.

I’ve made so many of her recipes over the years that I lost count but ever since I started food blogging, I barely have time to fit them in anymore.

Actually, the only reason I thought to make this one was because I attempted to create an artichoke pasta and as I ate it all I could think about was how much I wished it had Giada’s delicious marsala mushrooms. The rich, savory flavor from the marsala wine just goes so well with the tangy artichoke hearts and nutty parmesan cheese. 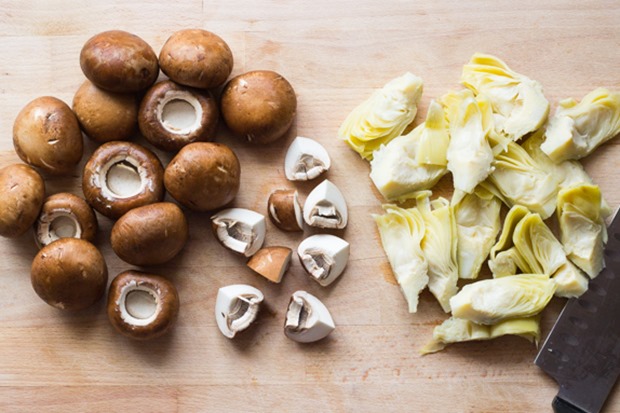 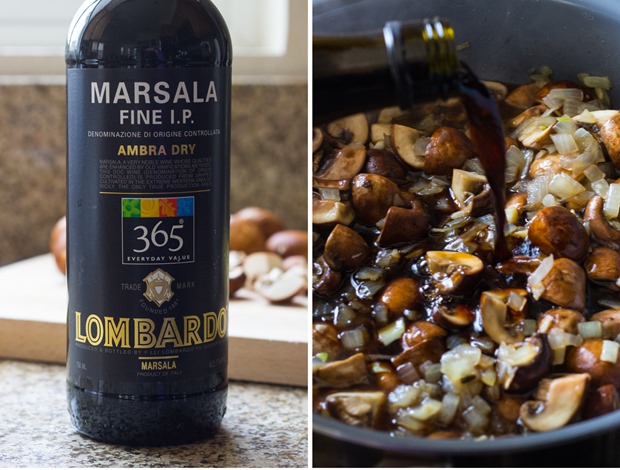 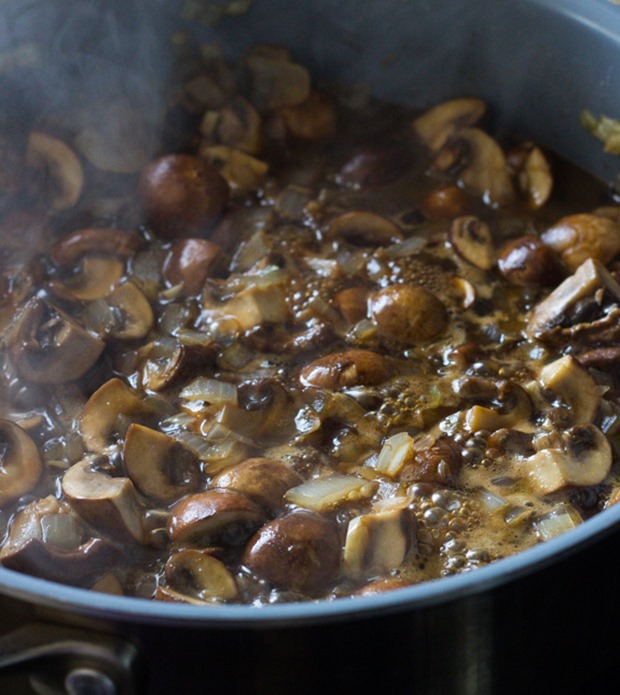 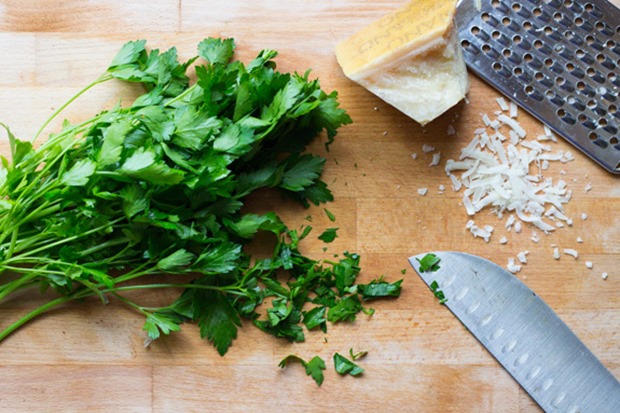 Her original recipe calls for heavy cream but I chose to leave it out for a lighter version that’s a little easier on the ol’ belly. But if you prefer a creamier sauce, you can always add a few splashes of plain unsweetened half and half. It’s a lighter alternative that I’ve tried before and, in my opinion, it’s just as good as it is with heavy cream.

Whether you make it lighter or rich and creamy, I’m sure you’ll love it as much as we do. It’s a classic that I’ll continue to make for years to come! 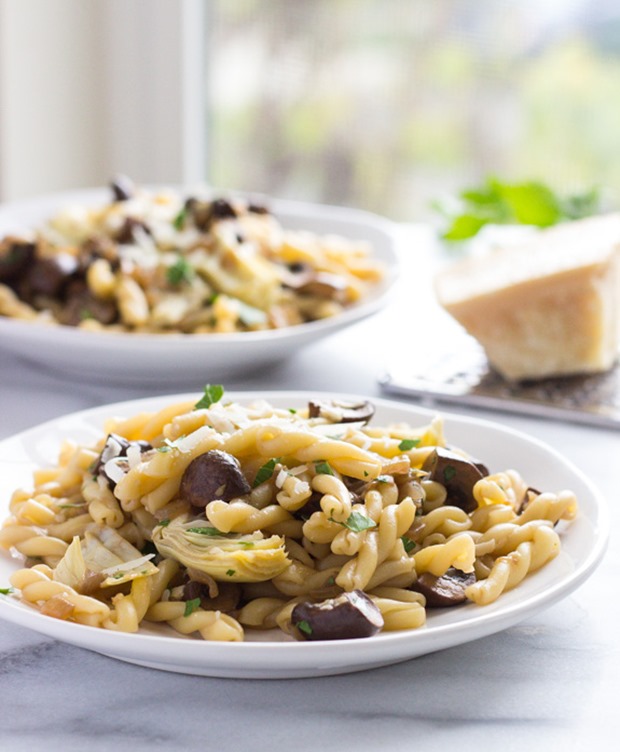 1 and 1/2 pounds mushrooms, diced (such as baby portobella)

Adapted from Giada's Thimbles with Mushrooms and Artichokes

Working Out with fitmob + Athleta Giveaway 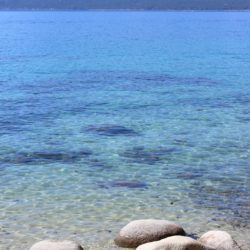 5 Ways to Stay Fit and Have Fun This Summer 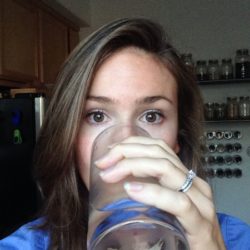 A Day in the Life: WIAW Style