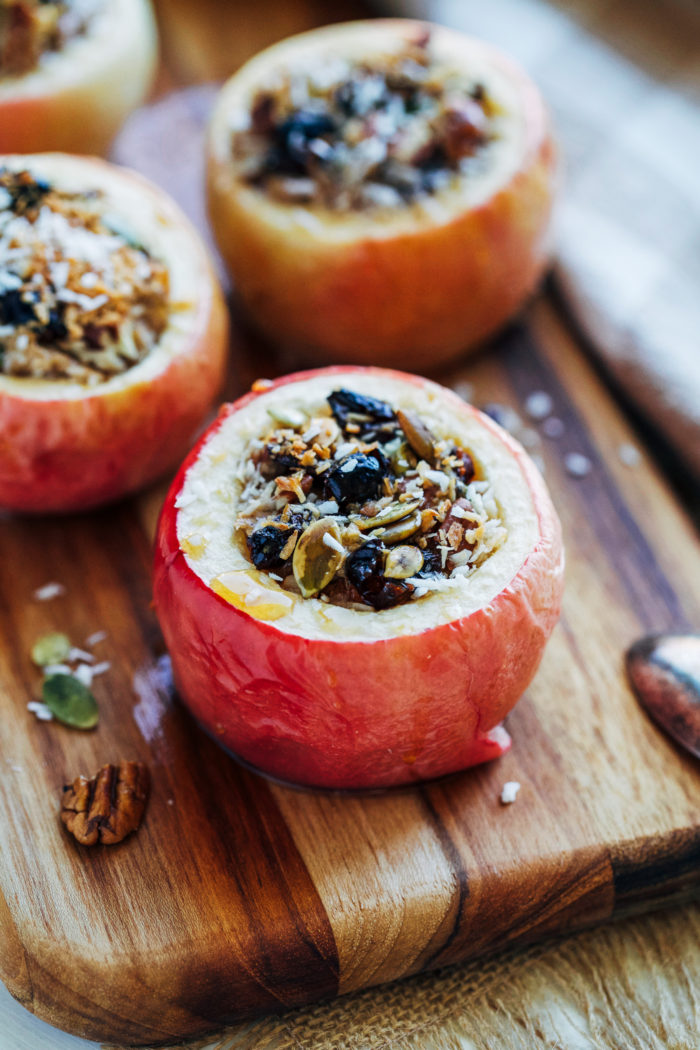 It’s finally starting to feel like fall in California! It was cloudy all day today and I loved every second of it. I opened the windows, lit an apple cinnamon scented candle and bundled myself up in my favorite fuzzy sweater.

I don’t know what it is about fall but it makes me want to watch more TV. I just looked to see when some of my favorites are starting back (mainly Homeland, The Affair, and Fixer Upper) and they’re all over month away from the premiere. Sheesh!

But I digress, let’s talk about the best part of fall…APPLES!

You thought I was going to say pumpkin, didn’t you? 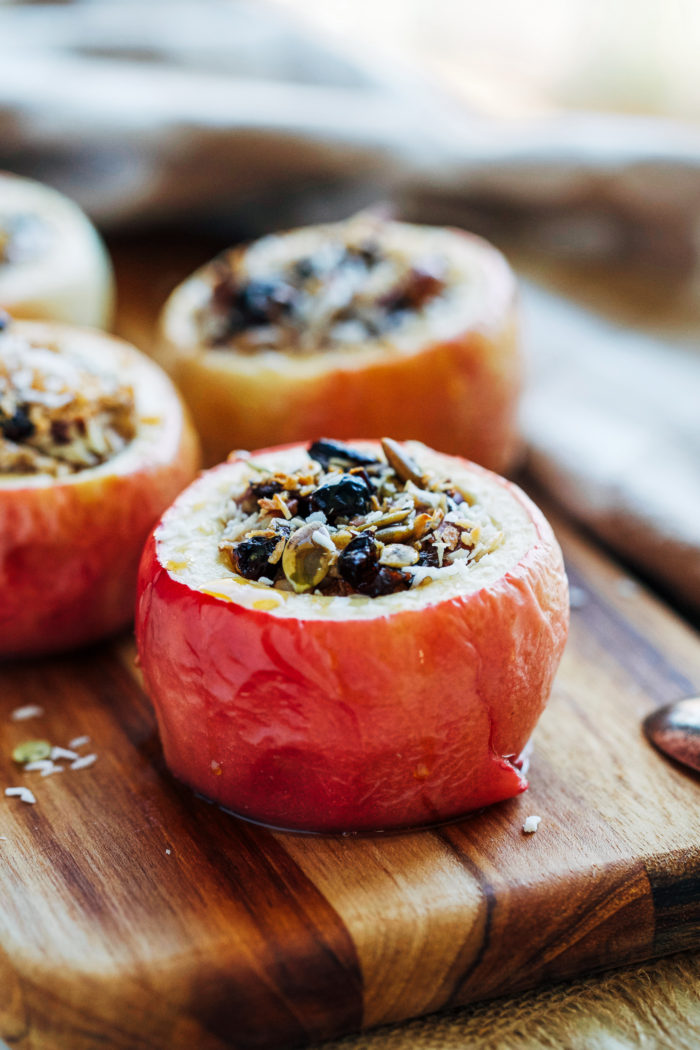 Honestly, it’s a toss up. I love them both equally…but there’s nothing like biting into a fresh Honeycrisp. 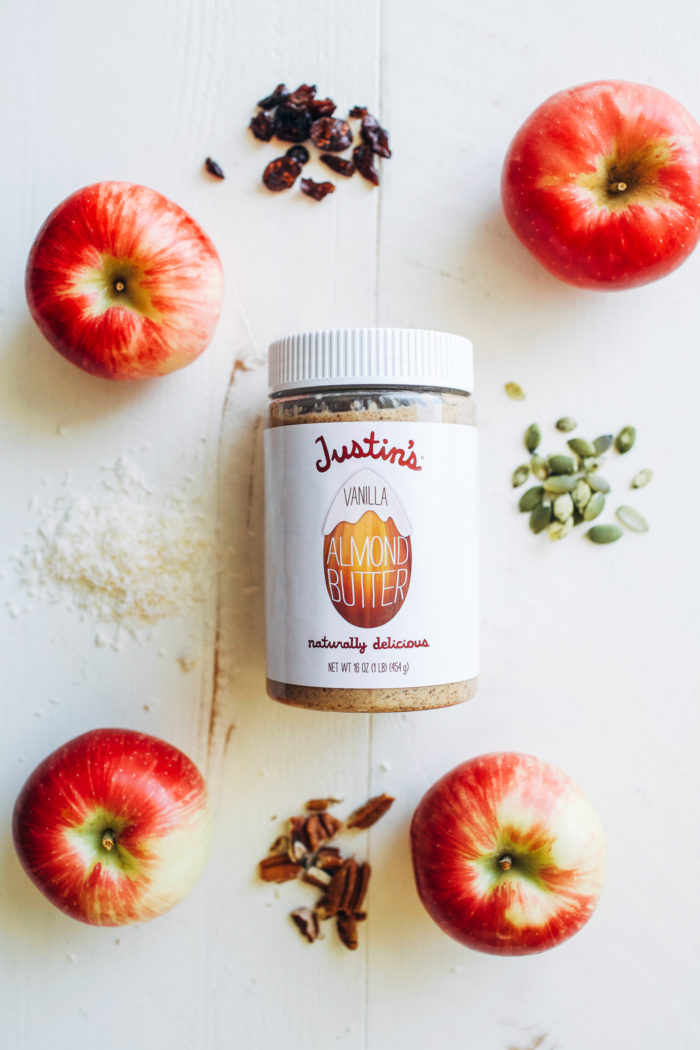 It’s no secret that I’m obsessed with the stuff. You can find it in several recipes on here including this one, this one, and this one. I have to watch myself because sometimes I’ll eat it straight from the jar with a spoon and before I know it, I’ve put a huge dent in it. It’s kind of addicting.

But there are worst habits out there, right? A little almond butter ain’t so bad. Especially when it gets all melted inside of a baked apple…mmm.

Besides vanilla flavor almond crack, we also have a little shredded coconut, some raisins, pecans, and pumpkin seeds. Top all of that with a touch of maple syrup and a sprinkle of cinnamon and you’ve got yourself one incredibly delicious and mostly healthy dessert. 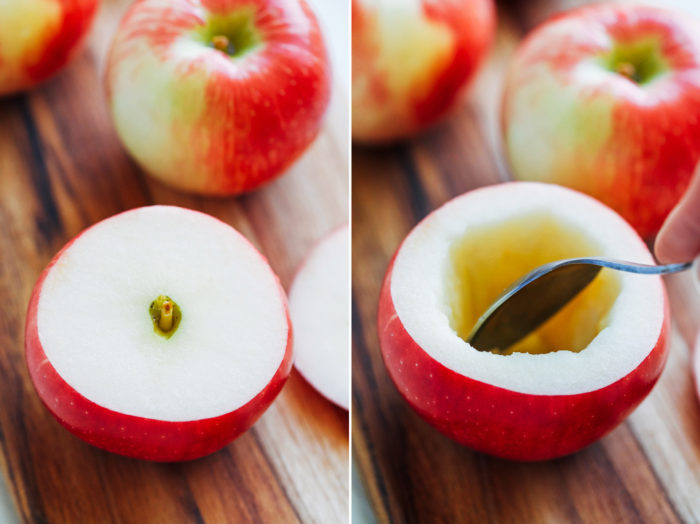 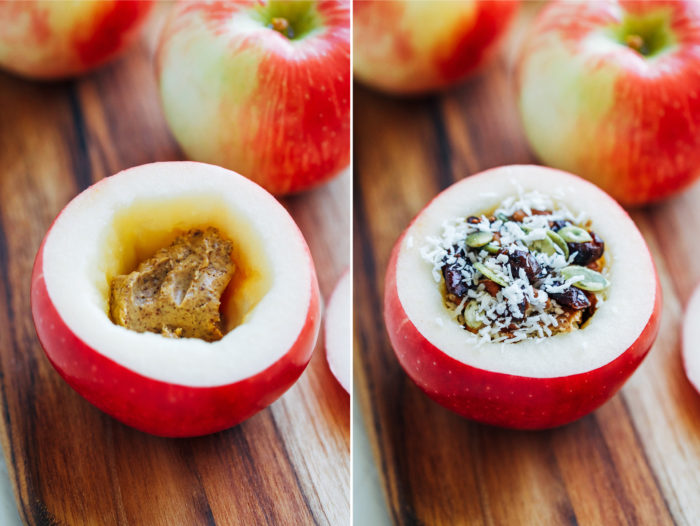 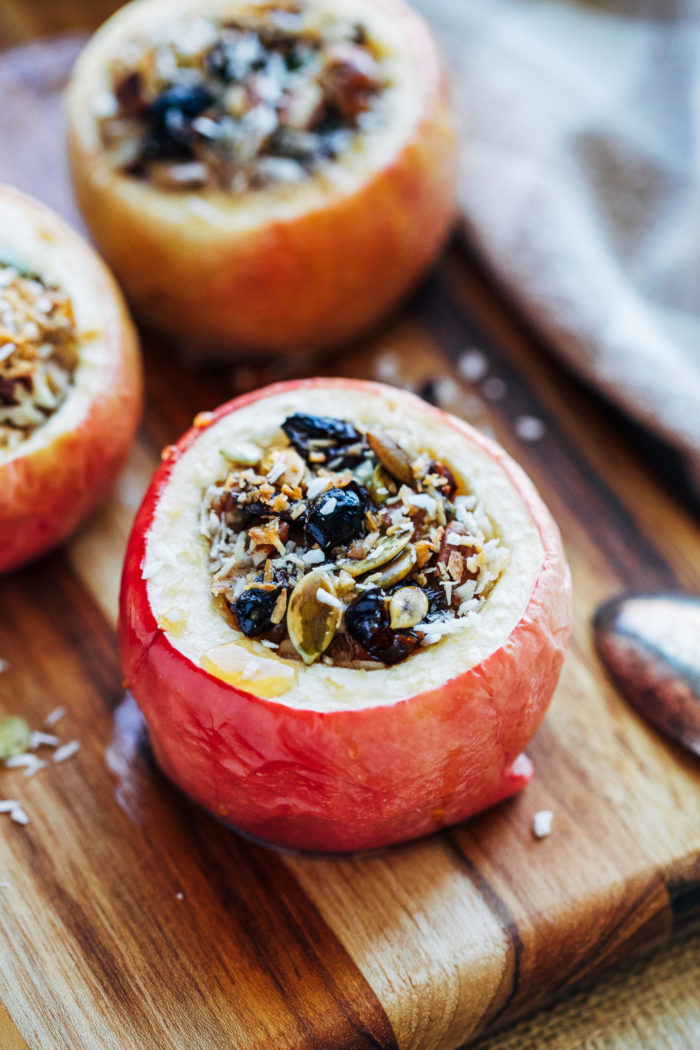 The recipe makes 4 apples but if you only want one or two, just divide by 4…or 2.

And if you want to lower the calories and fat, simple cut back on the amount of filling.

Otherwise, if you’re feeling lucky, you can top them with a scoop of vanilla coconut ice cream. It melts all over the top of the warm apple and tastes absolutely heavenly. I’m telling ya, fall doesn’t get much better than that! 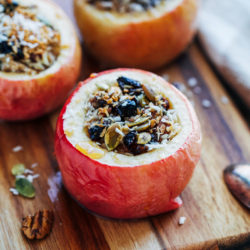 Wash and dry the apples and remove the stems. Using a knife, cut the top 1/2-inch layer off of each apple. If necessary, slice a thin sliver off the bottom so that the apples are level. Careful to cut too much, you want the bottom to be able to hold the filling. From the top of the apple, cut down around the center of the core, leaving about 1-inch in the bottom. Use a spoon to scoop out the core and seeds, until clean.

Layer one tablespoon almond butter inside of each apple then top with 1/8th of the pecans, raisins, coconut, and pumpkin seeds. Sprinkle with 1/8 teaspoon cinnamon and salt then drizzle with pure maple syrup. Repeat that step until they are stuffed full.

Bake in the oven for 30 minutes, or until apples are tender. Serve warm (with coconut milk ice cream, if desired) and enjoy!

Nutrition Facts are for one baked apple 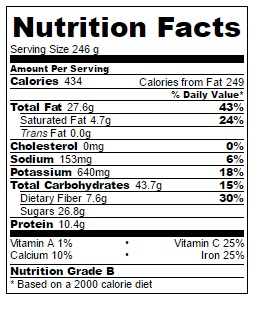 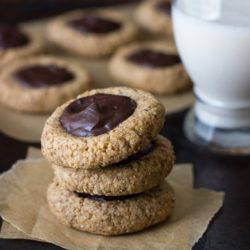 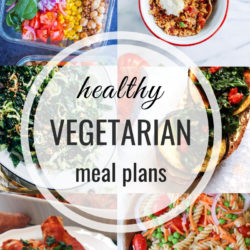 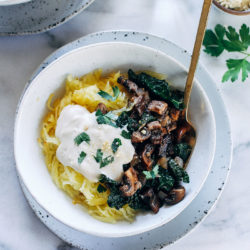