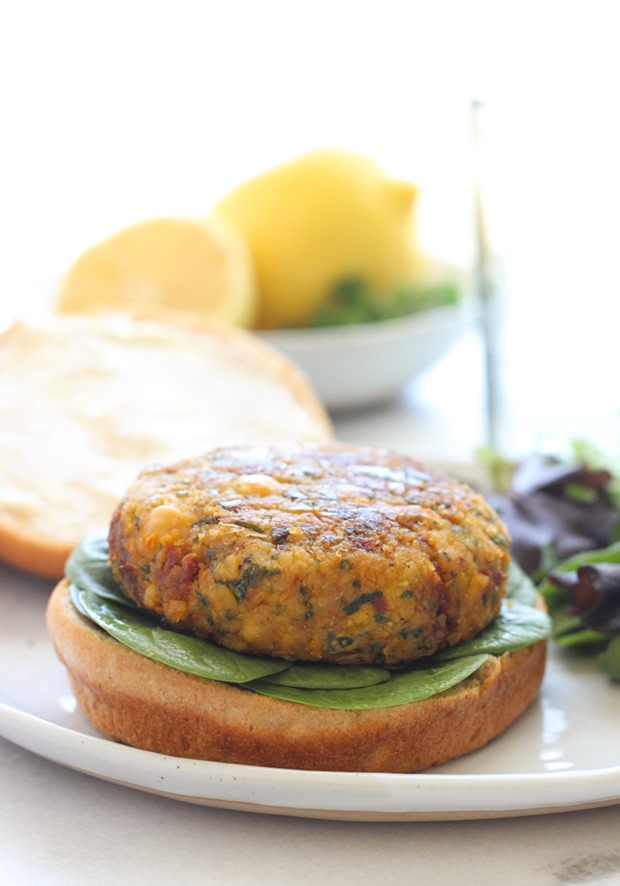 A handful of you might already recognize this recipe and that’s because I published it on here a little over a year ago. It’s one of my all-time favorite veggie burgers but the pictures at that time weren’t so great and, because it’s a vegan recipe, they didn’t consistently hold together. Sooooo I decided to revisit it and make a few tweaks to assure that they have the puuurrfffect firm texture to go along with delicious Mediterranean flavah. 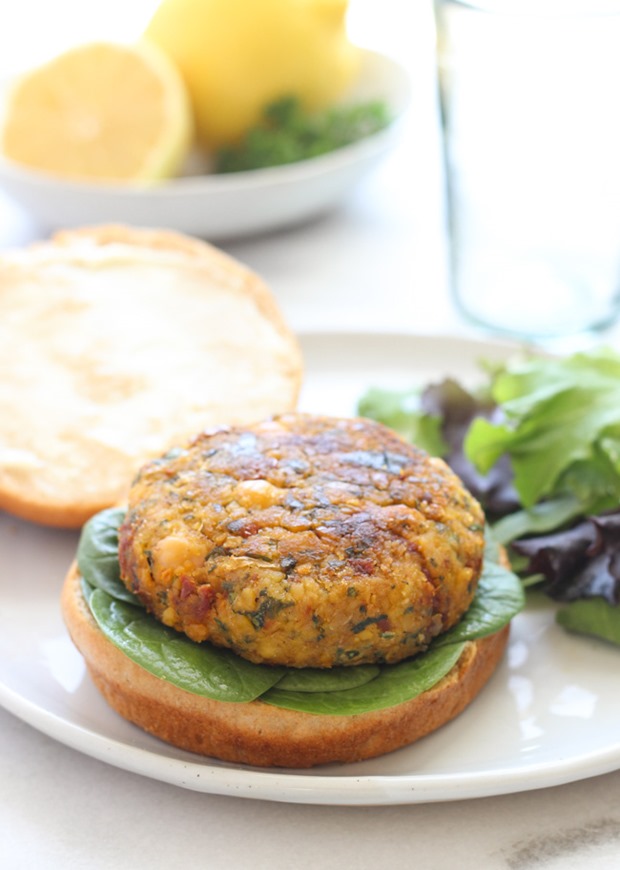 The ingredient list is practically the same as last time with chickpeas, sundried tomatoes, spinach, lemon and garlic as the main players.

The key to making them extra flavorful is to buy sundried tomatoes that are marinated in oil so that you can use that same oil to cook the garlic and the burgers. 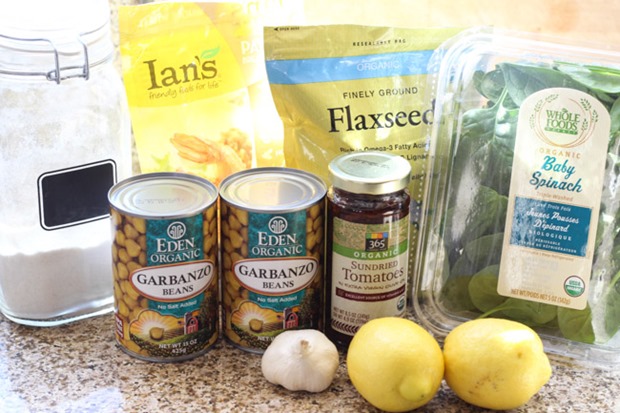 A few tips that I learned help create a firm texture are using a food processor to blend the majority of the chickpeas and to finely chop the sundried tomatoes and spinach.

When you first start to process the chickpeas, they’re a little firm so you want to keep blending until they’re soft to touch. That texture will help bind the burgers. 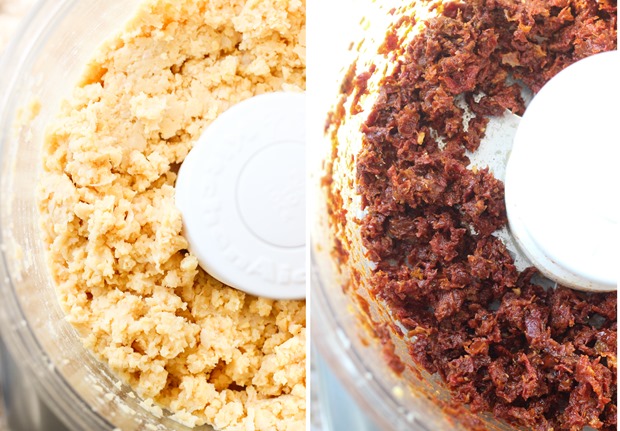 Another tip is to make sure to drain the oil (but reserve for cooking later) from the sundried tomatoes before finely chopping them. The tomatoes have absorbed enough of the oil on their own and any more would make for a mushy burger.

Lastly, adding flour as you’re combining everything towards the end helps absorb any excess moisture, and refrigerating them for at least 30 minutes prior to cooking allows them to set so that they’re sure to hold together. 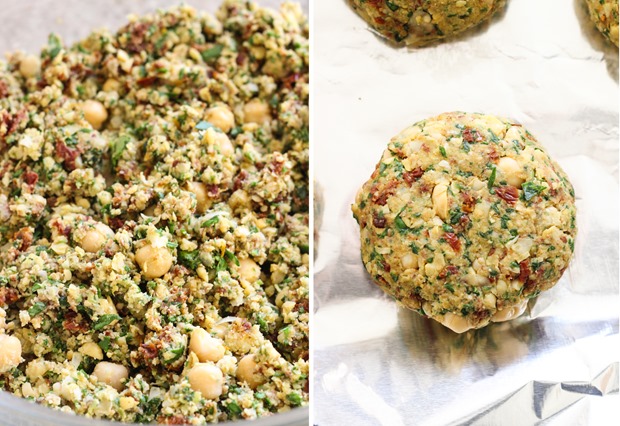 The end result is absolutely perfect. I never thought I would be able to get a vegan veggie burger with such great texture and flavor but my friends, these are it!

We especially love eating them on a warm bun with fresh spinach leaves, a little vegan mayonnaise and avocado, but honestly they’re great on their own if you don’t want to fuss with anything else.

Let me know if you get a chance to try them! I have a feeling you’ll love them as much as we do! 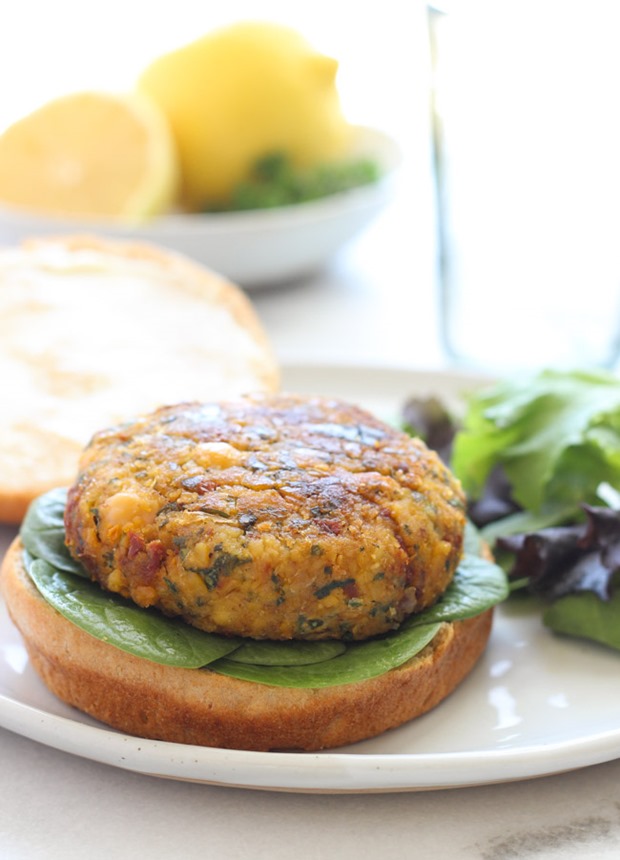 Zest and juice of 2 lemons 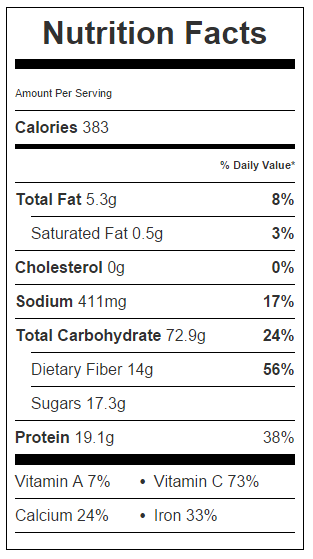 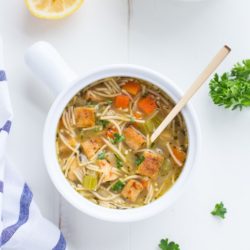 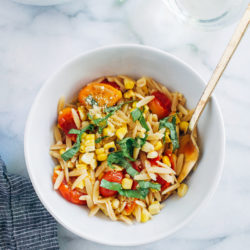 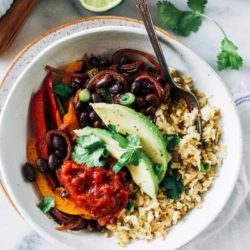