Cream of Mushroom Soup that’s so creamy and satisfying you would never guess that it’s vegan and made with a secret healthy ingredient!

Hi friends! I hope you had a nice weekend.

Brandon came home on Friday night after being away for a week so that made it an automatic win for me. He was actually in-flight when the tragedy took place in Paris which made me even more of a nervous wreck than I usually am when he travels.

I try to keep things upbeat around here but I can’t help mentioning how heart broken I am for the people of France. Paris was the first city I was able to visit overseas and it will always hold a special place in my heart. It’s so painful to imagine such a romantic and magical city haunted by such ruthless violence. 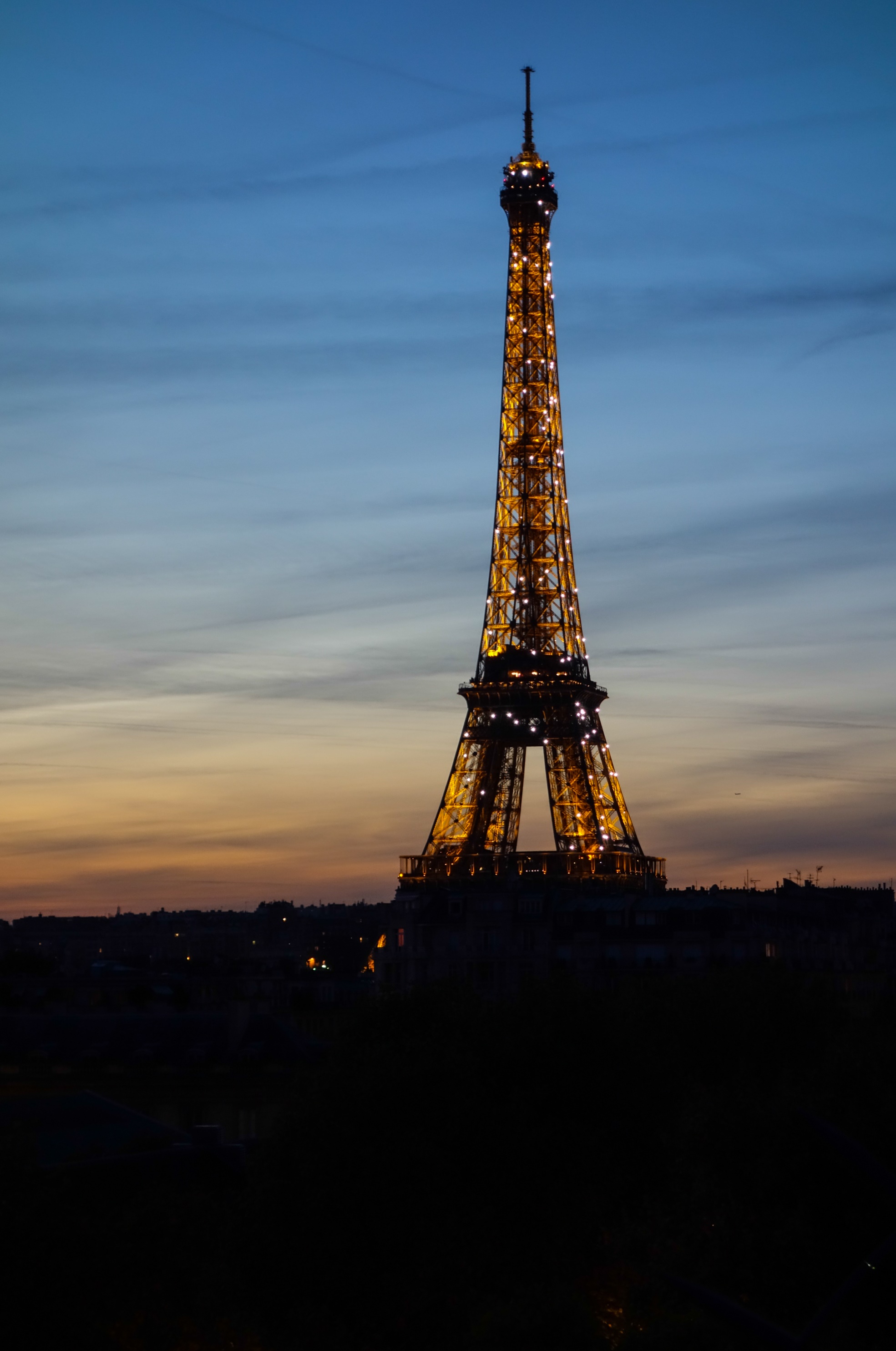 I know it’s awkward to discuss things like this with a recipe for mushroom soup but it’s what’s at the forefront of my mind today. The people effected by the tragedy are in my thoughts and prayers.

Let’s try to transition to a lighter topic, shall we? Like comfort foods. Soup is one of the best, in my opinion. Warm, soothing, and packed with nourishing ingredients. 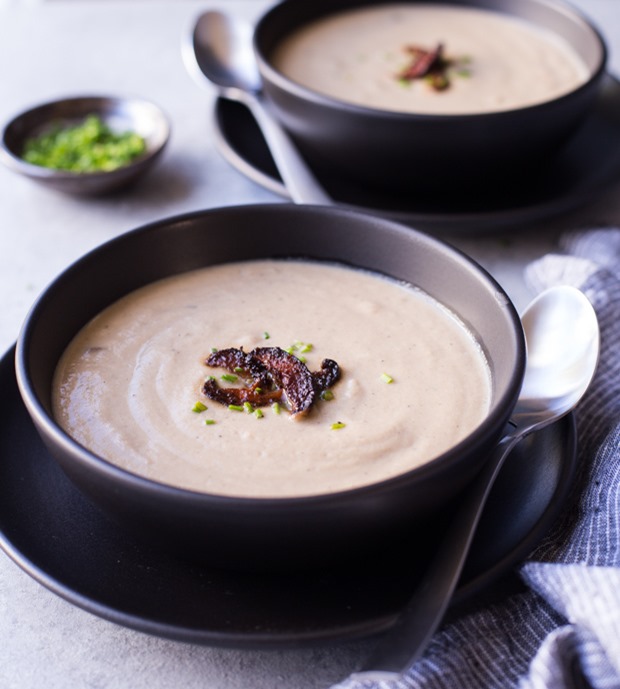 I’ve had this recipe on my to-make list for a while now but I intentionally waited until we were right around the corner from Thanksgiving to share it because I thought it might be useful for those of you that are dairy-free to have as a healthy alternative option for your green bean casserole.

It’s honestly kind of crazy how much it tastes like a real cream of mushroom soup. It starts with the same base as the classic using shallots, celery and diced mushrooms cooked in sherry vinegar. 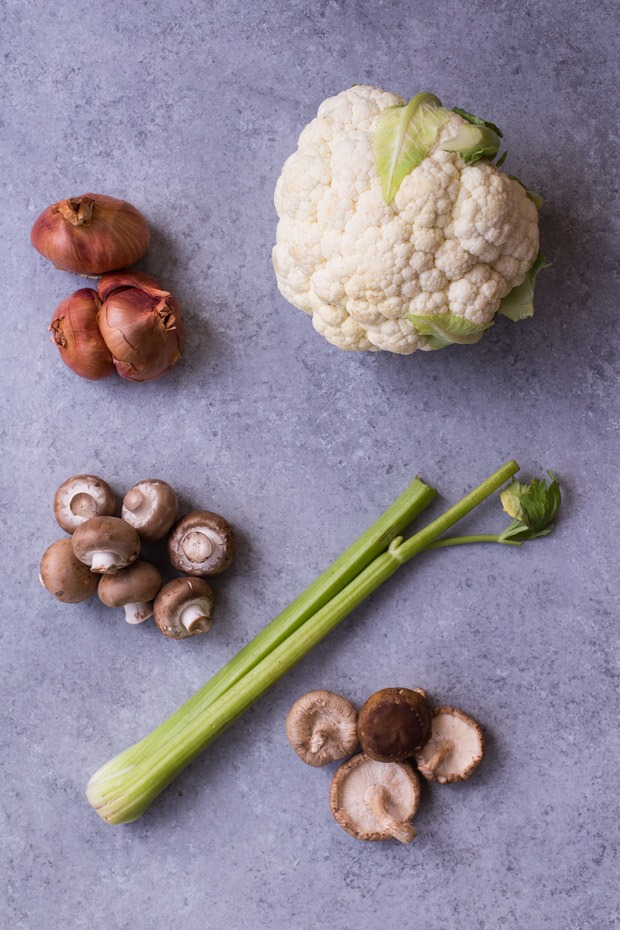 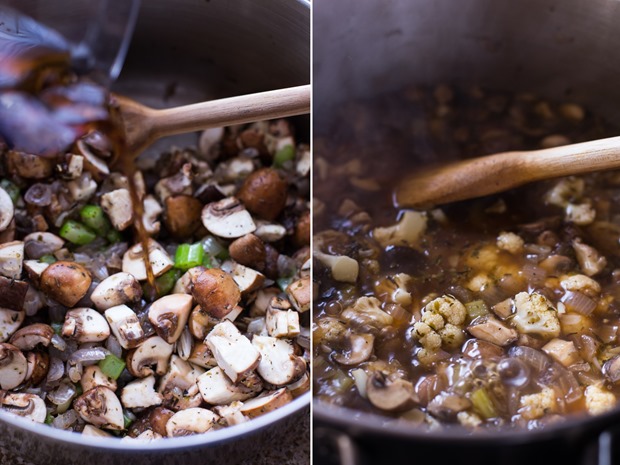 However, instead of using heavy cream, we’re boiling cauliflower in the mix until it’s nice and tender, then pureeing it with plain almond milk (you can use soy milk for nut allergies) to give the soup a rich and creamy texture that’s vegan to boot. 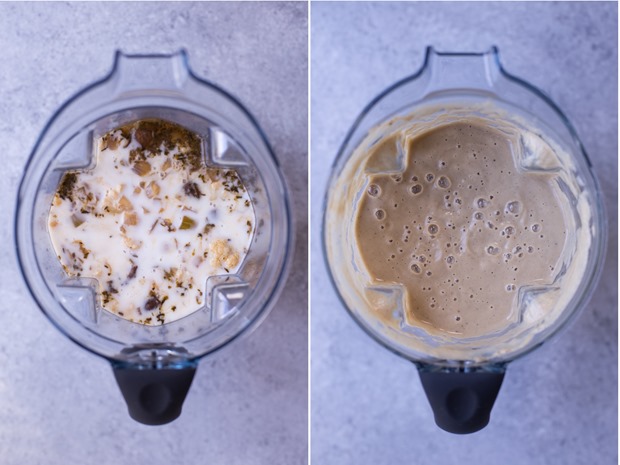 Served topped with fresh chives and crispy shiitake bacon alongside a small salad, it makes for a healthy and flavorful meal. If you’re interested in using it for a green bean casserole, you can have it for dinner one night and then save the leftovers for later in the week.

That’s what I did because I initially planned on sharing a vegan green bean casserole to follow but the semi-burnt shallot topping didn’t look very pretty in the pictures so I decided to scratch that idea. However, I did link up to one in the notes below that you can use this soup for, if you want! 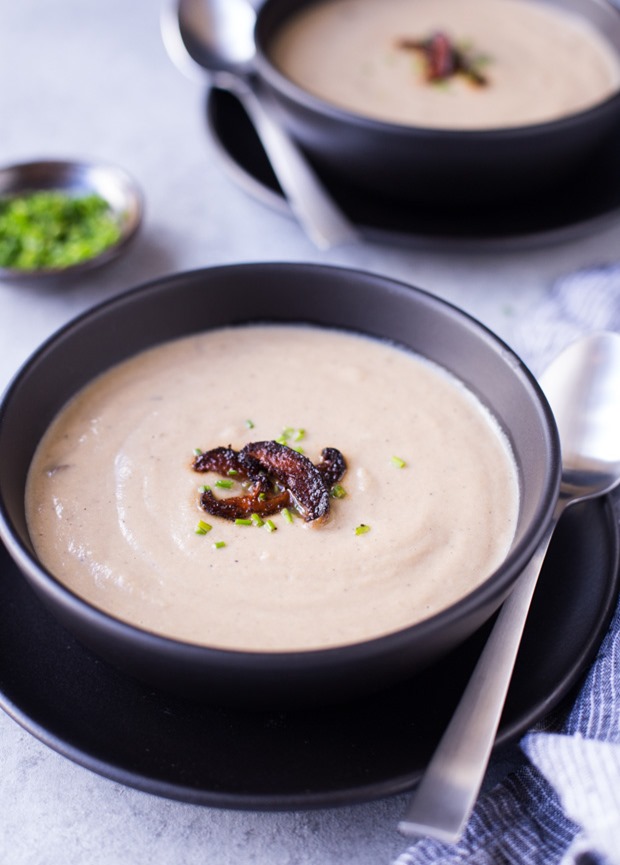 If you want to use this for a green bean casserole, reserve 2 cups and follow {this recipe|http://www.campbellskitchen.com/recipes/lighter-green-bean-casserole-24465?fm=recipes_related], using it in place of the condensed soup. You can omit the 1/4 cup of milk since it isn't quite as thick. 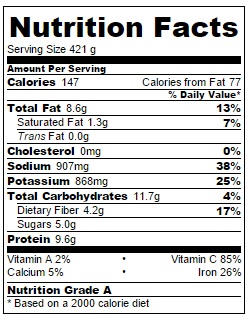 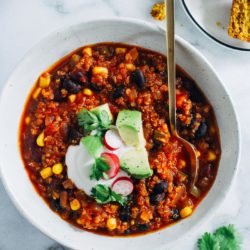 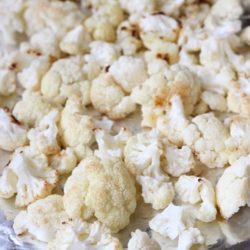 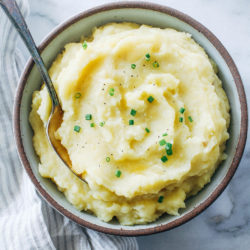