Did you know that May is National Strawberry Month? Seriously, the last thing I need is another reason to eat strawberries. 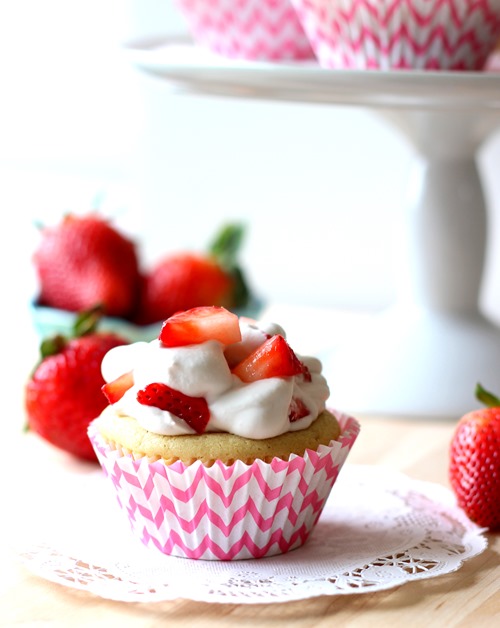 It doesn’t matter what month it is, I just can’t resist these bright red, intoxicatingly sweet and juicy berries. I especially love them fresh and perfectly ripened, smothered in whipped cream on top of fluffy vanilla cupcakes…I mean really, how can you go wrong with that combination? 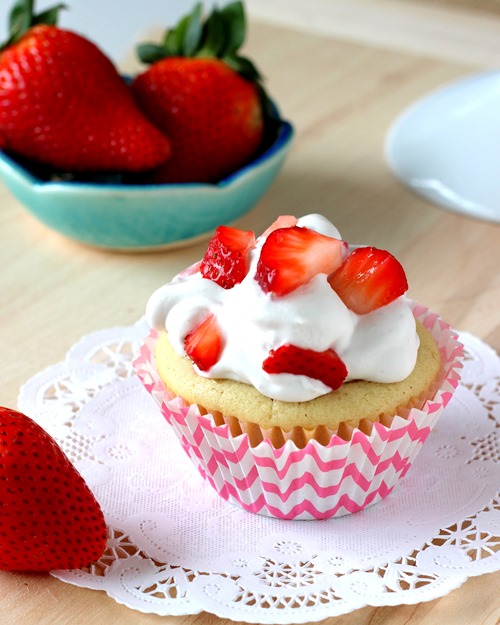 I have been wanting to make these cupcakes well before May or National Strawberry Month arrived and I attempted to make them gluten-free at first, which didn’t work out so well. So I opted for a vegan version instead and this time things worked out very well. 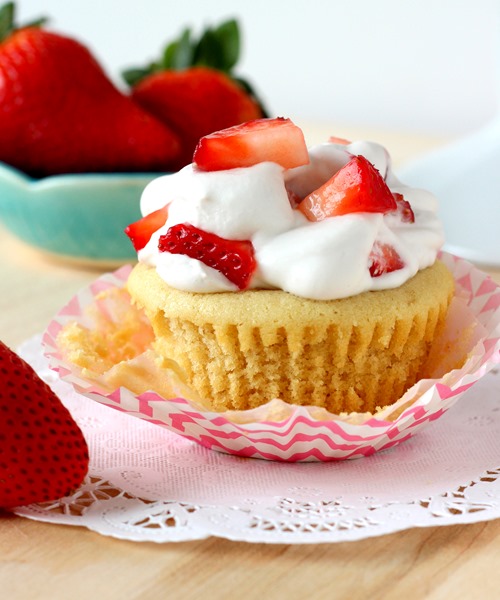 So well, in fact, that Brandon made the bold statement that they were close to beating out my Quinoa Chocolate Chip Cookies.

Well, I don’t know about all of that but these were pretty dang tasty.

Adapted from Vegan Cupcakes Take Over the World

Makes 10 cupcakes **For a great step-by-step tutorial on how to make whipped coconut cream, check out Angela’s post. I personally found it helpful to place the coconut milk all the way in the back of my refrigerator, overnight, to assure it solidifies properly. You can shake the can to feel if it is still liquid or not before opening. I also rinsed one of the bowls and mixing spoons after making the cupcakes and placed them in the freezer for about ten minutes before using them to make the icing. Keeping everything nice and cold really helps to thicken the coconut cream better.

These are best served fresh but can be stored in the refrigerator for up to one day. Although, I’m sure you won’t have a problem consuming them all the first day. 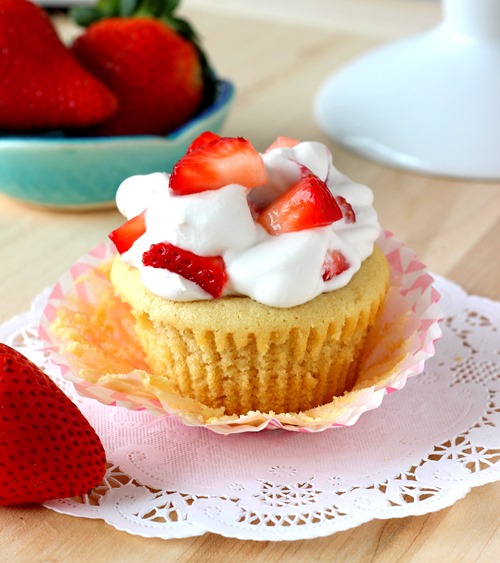 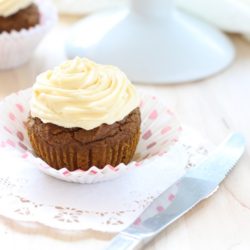 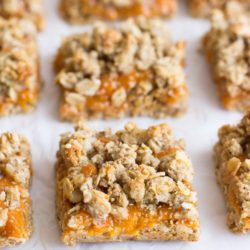 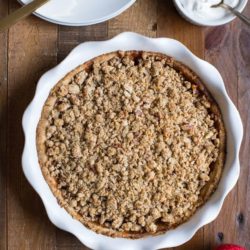 Not Your Grandma’s Apple Crumb Pie