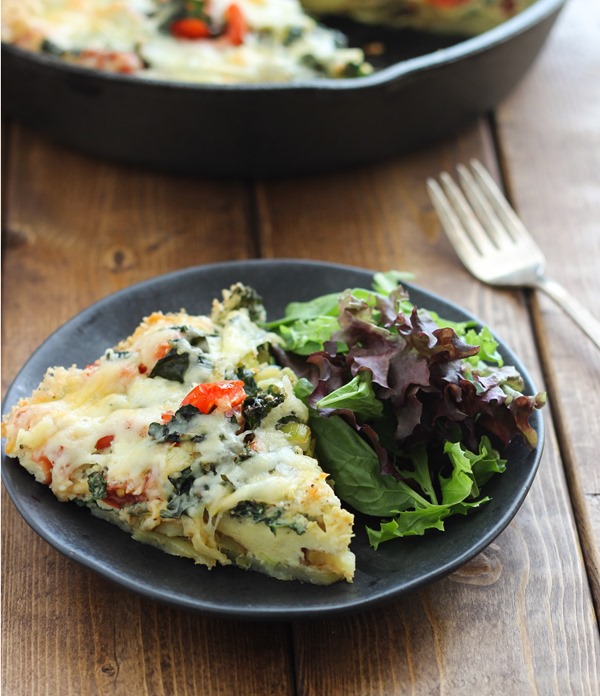 Frittatas are one of my favorite things to throw together for dinner. They’re loaded with protein, super easy to make and are a great way to use up any leftover vegetables that you might have lying around.

Plus they make me feel like I’m channeling my inner Giada. You know, just another day picking San Marzano tomatoes from the vine and whipping up a delicious free-tata in the kitchen. 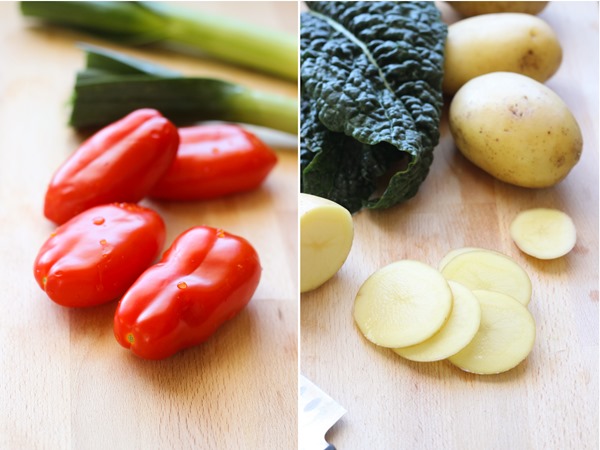 Have you ever eaten a fresh San Marzano tomato? I was shocked to find some that were locally grown here in California so I bought a few out of curiosity. They’re pretty similar to roma tomatoes and have a mild flavor that’s not very acidic.

They were good in this frittata but you can easily mix it up with whatever kind of tomatoes or vegetables you prefer. The leeks, however, pair really well with the potato crust so I would recommend keeping those. 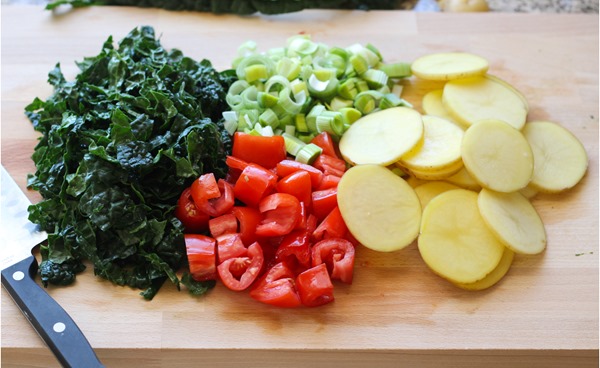 To make the crust, you simple brown slice potatoes in the skillet and then layer them so that they cover the bottom.

If you have a cast iron skillet then that would work best. You don’t want to use anything with plastic handles in case it melts in the oven. 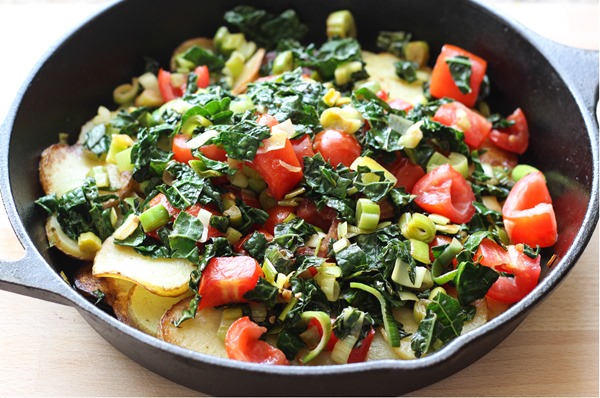 A traditional frittata is typically made using whole eggs but I lightened this one up by using five whole eggs and three egg whites. I was trying to compensate for the cheese but again, feel free to use eight whole eggs if you wish. 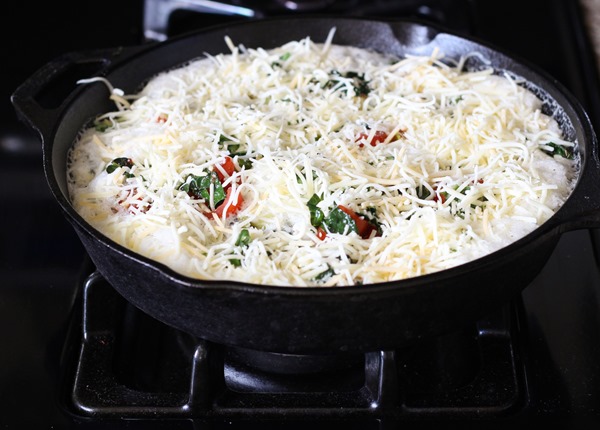 The potato crust is extra filling and if you pair it with a side salad then you have a perfectly nutritious meal.

One that will keep you full long enough to watch an entire three hours of The Bachelorette. I’m ashamed to admit that but it’s true. Although it might be more like two and a half hours after I fast-forward through commercials.

At any rate, at least I won’t have to get up for a late night snack after having this for dinner. 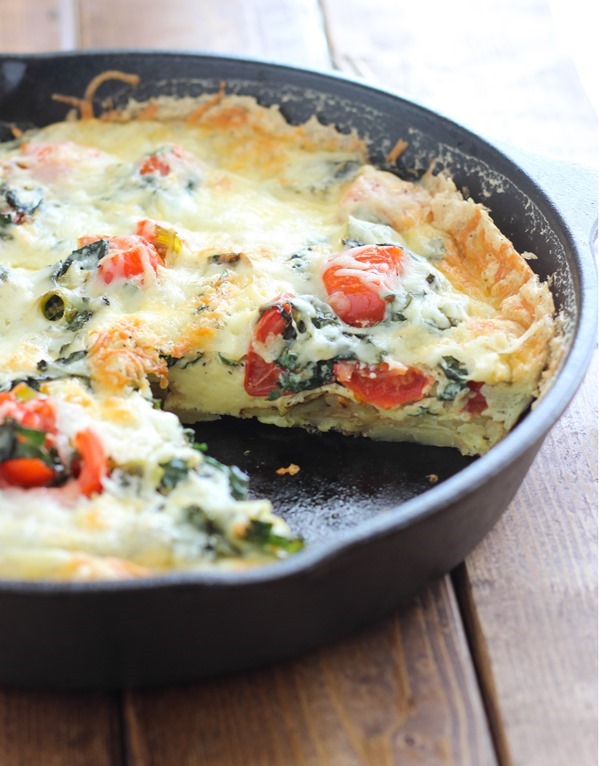 8 egg whites (including the separated whites) 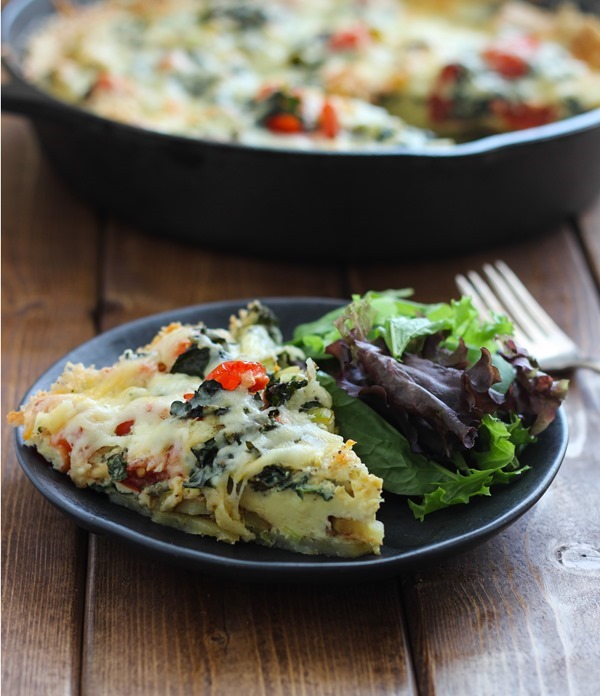 If you’re watching tonight, who do you think she’ll pick? My prediction is Nick! 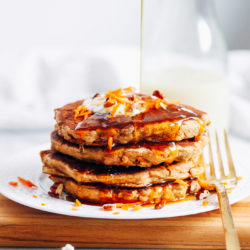 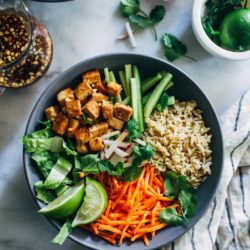 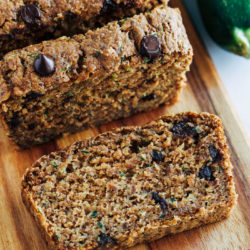