Surprise! I made kale salad. 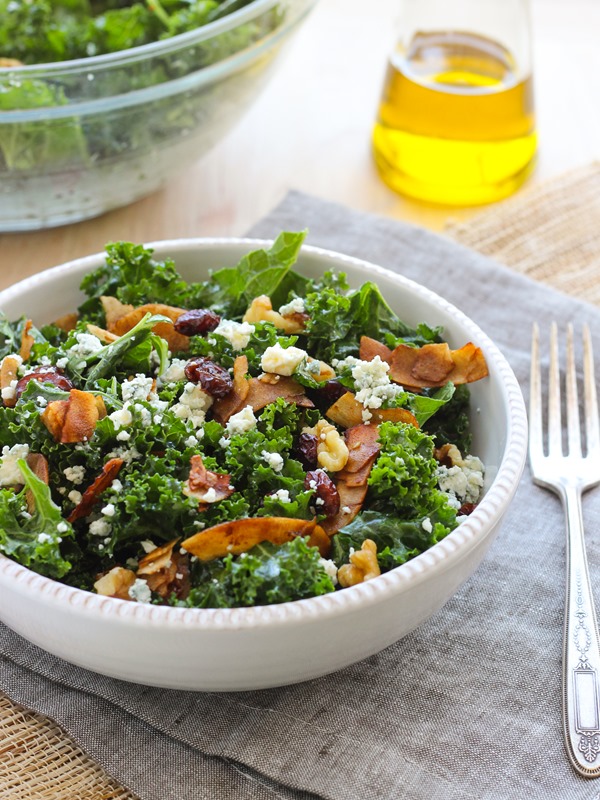 I’m beginning to think I should have named the blog something to do with kale because I can’t go longer than a few weeks without posting something that includes it or revolves around it. It’s my fave!!

I just made Brandon cringe. He doesn’t like it when people shorten words. He finds it totes annoying. Sorry Bran! I can shorten his name though; that’s been approved. I can’t believe I just typed totes. 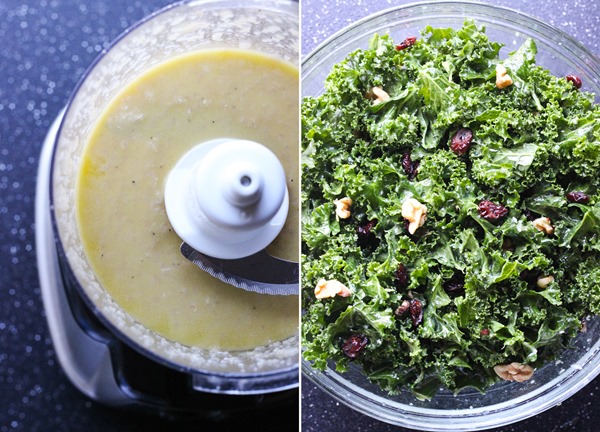 So let’s talk about bacon. Do you eat it? Chocolate covered bacon on ice cream? Bacon flavored cookies?

I’m not so into the craze but I’m guessing you might’ve known that already…actually, I haven’t had real bacon in almost ten years. Crazy, right?

Truth is I don’t really miss it. I do associate the smell of it with relaxing weekend mornings since that’s how I grew up, but other than the occasional BLT craving, I don’t even think about it. 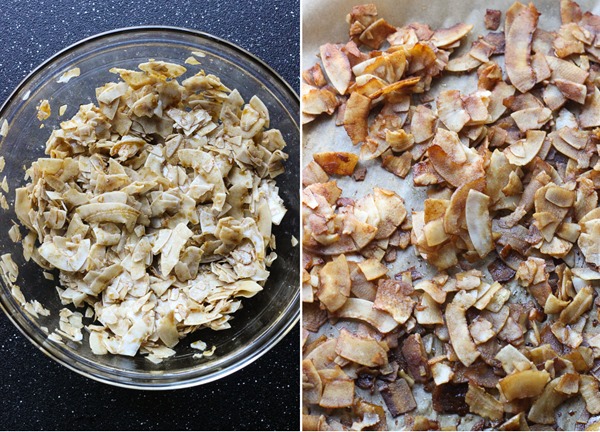 I’m happy to substitute tempeh bacon on a BLT but after trying coconut bacon a few months ago when Brandon and I ate out at Café Gratitude, it opened me eyes to a whole new world of possibilities.

Like I said before, I don’t typically crave bacon so I put recreating it on the recipe back burner for some time but then I saw it again recently on The Honour System and was reminded that I need to make some pronto. So I did, obvs…what is wrong with me?!

Anyway, it was an awesome addition to this salad. The bacon flavor was a perfect match for the mustard shallot vinaigrette and the blue cheese crumbles that I had left over from Erica’s Buffalo Chickpea Sliders {which were amazing, as was her Kale Salad with Apple-Miso Vinaigrette}.

I can’t say for sure if it tastes like real bacon but I can say that it’s delicious enough to at least try. You never know, you might like it better than the real thing… 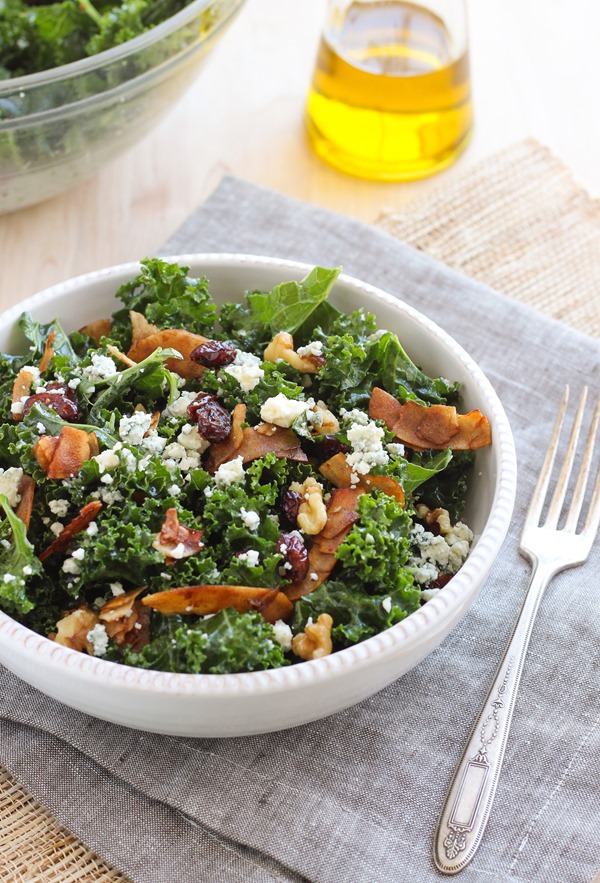 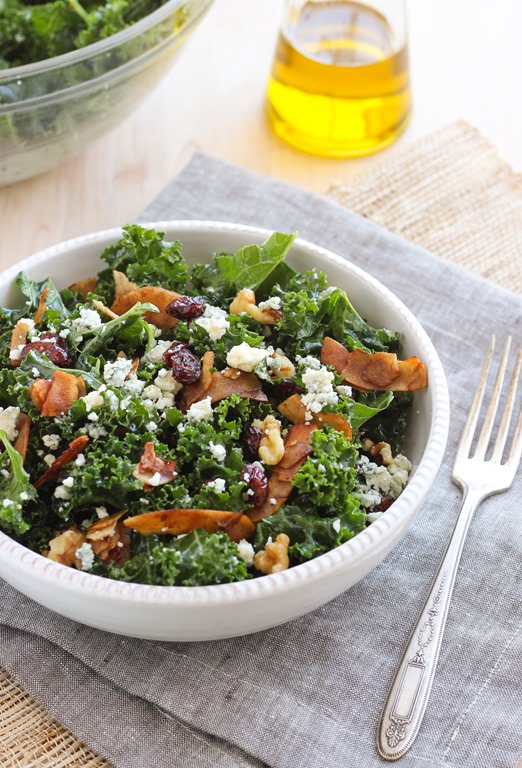 1 shallot, peeled and minced (I used a food processor)

Adapted from The Honour System 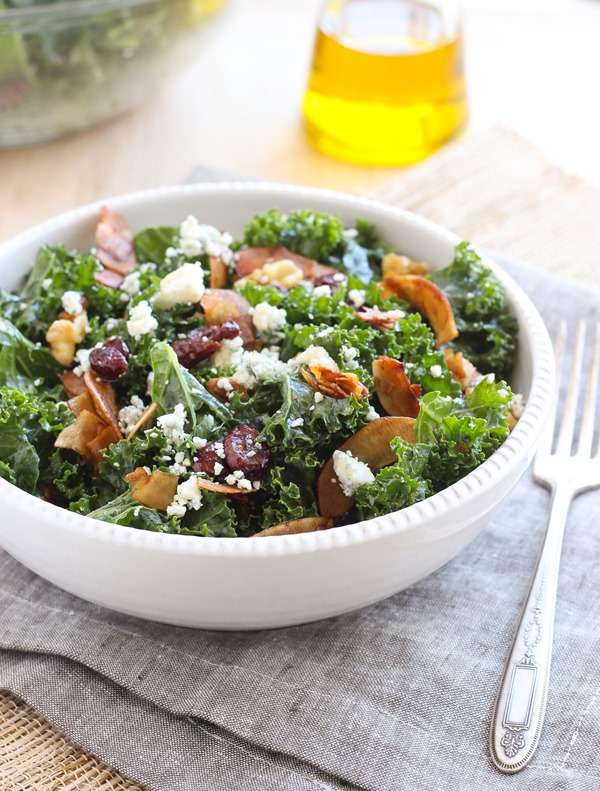 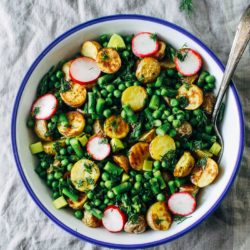 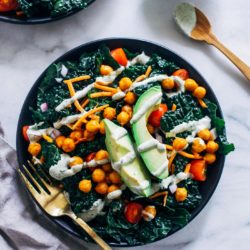 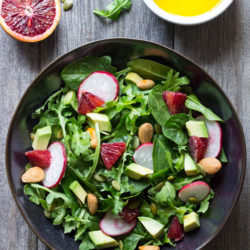