It felt so weird to take a day off from blogging yesterday. It was as though I was missing something all day.

I never imagined myself saying that but I think it’s official. I’m attached. I love the creativity I feel when I sit down to edit pictures and write. I look forward to reading all of your kind and encouraging comments that make every tiring moment worth it.

Sure, I’m a little embarrassed of my earlier posts {I used to vignette every single picture…?} but what’s done is done. I like to look at it as a learning experience that I will hopefully continue to grow from.

I am just so grateful for those of you who care enough to come back to see what I am up to everyday and I cherish the connections I have made with so many great people. Honestly, it’s a truly awesome feeling and it makes me so happy inside. 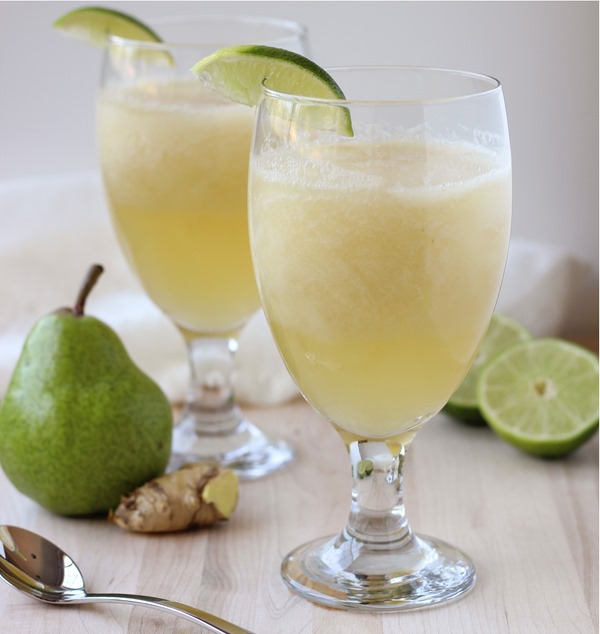 I’m not writing this because it’s an anniversary of any kind or because I took yesterday off for some grand reason. I guess I’m just feeling a little emotional today. This might also explain the current breakout on my chin.

Anyway, the small handful of people who have been reading from the start might remember seeing these spritzers a while back. They were one of the first things I made for the blog and at that point, they were more like an idea than an actual recipe. Not to mention that I took the pictures in direct sunlight. Eeesh. 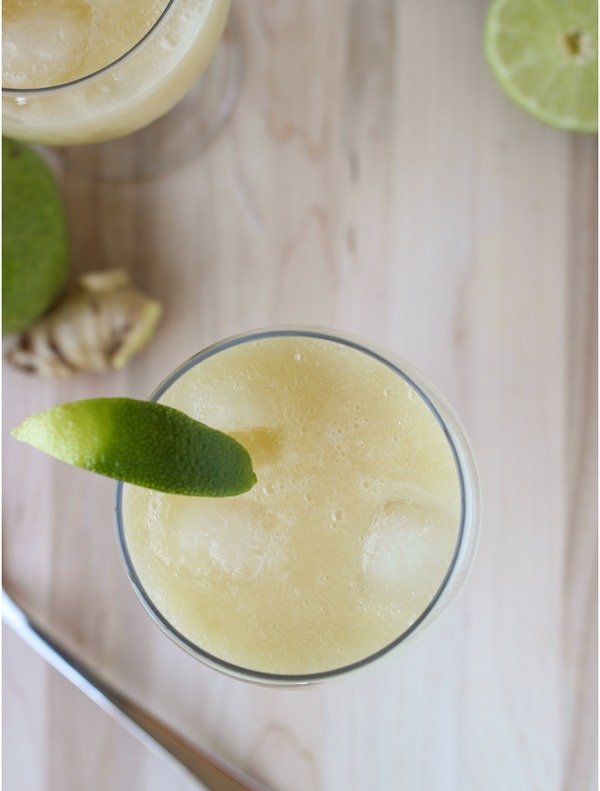 I decided to try again, attempting to make them more from scratch or at least, as from scratch as it gets for someone who works two jobs and runs a blog on the side. 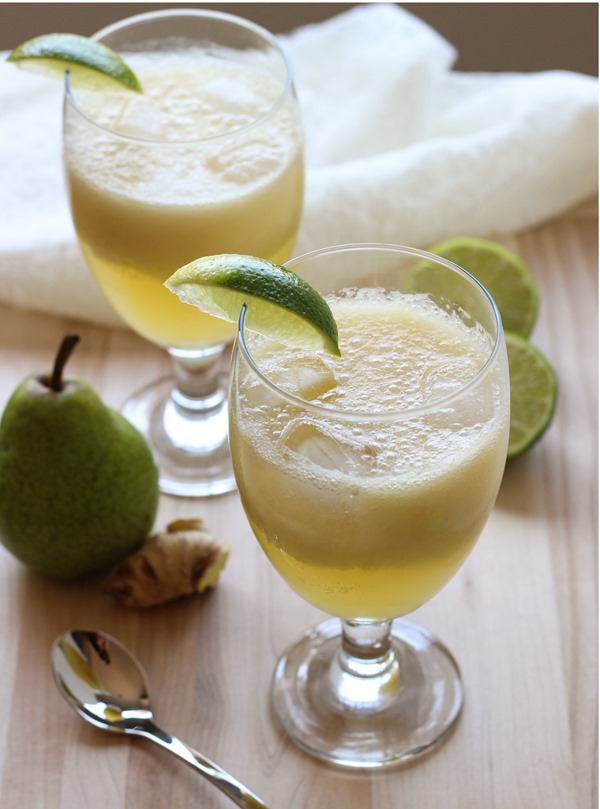 Instead of using store bought ginger ale, I made my own using honey, fresh ginger, club soda and a little bit of lime. For the pear nectar, I substituted a pear puree that is made by simply peeling and slicing a few pears then blending them with a little ice. I guess they’re more like Ginger Pear Slushy Spritzers this time around but they were still delicious. 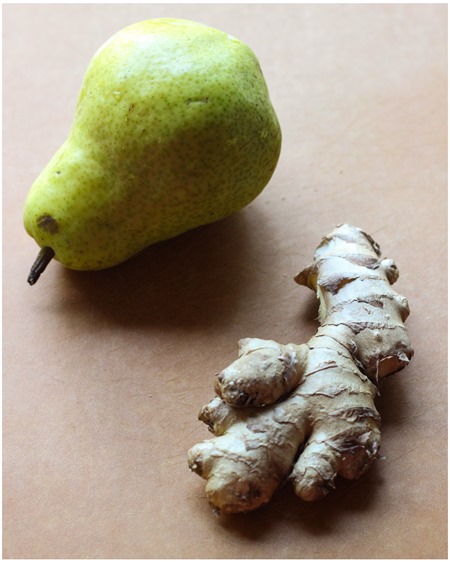 The flavors of comforting ginger and slightly sweet pear are truly a match made in heaven.

Combine honey, ginger, and water in a small sauce pan and allow to simmer over medium heat for about 15 minutes while continuing to stir. Remove from heat and let cool.

Strain syrup into a pitcher or large cup and add the club soda and lime juice. Stir until well mixed. 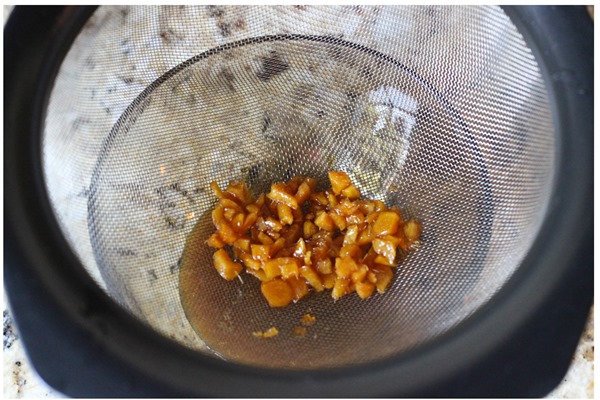 Place pears with ice in a blender and blend until a thick puree has formed.

Divide ginger ale into two separate glasses and top with pear puree. Garnish with a lime and serve. 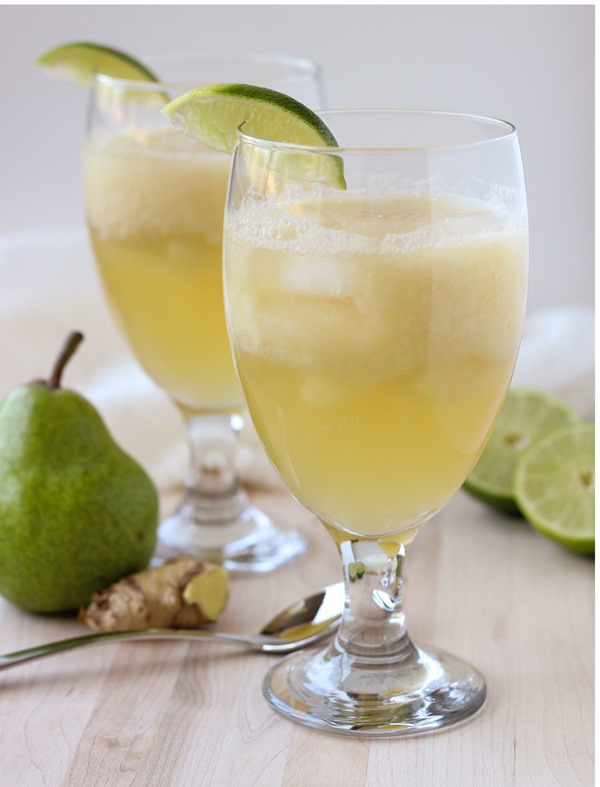 This drink is a perfect way to welcome those slightly cool days that fall will soon bring.

I hope you all have a safe and happy Labor Day weekend! The only definite plans we have are to kick back with a football game and a few brewskies which is fine by me.

Am I the only one who feels like something’s missing when taking time away from blogging?

What’s your favorite way to use fresh ginger? 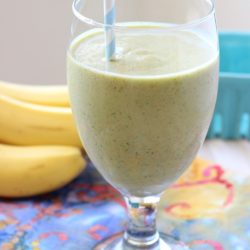 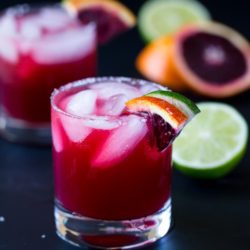 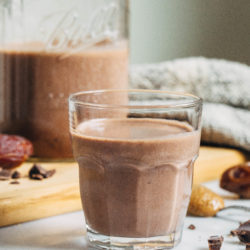