I have a complex about eating whole grains. Or you could say, about not eating whole grains. Given, sometimes when I’m out to eat the hangry kicks in and I stuff three or four rolls of white bread in my face before I even realized what happened, but I’ve been known to bring a whole grain hamburger bun or two to a few barbeques in my day.

Shoot, I’d even bring my whole grains out to restaurants if it I knew I could get away with it. There’s no shame. 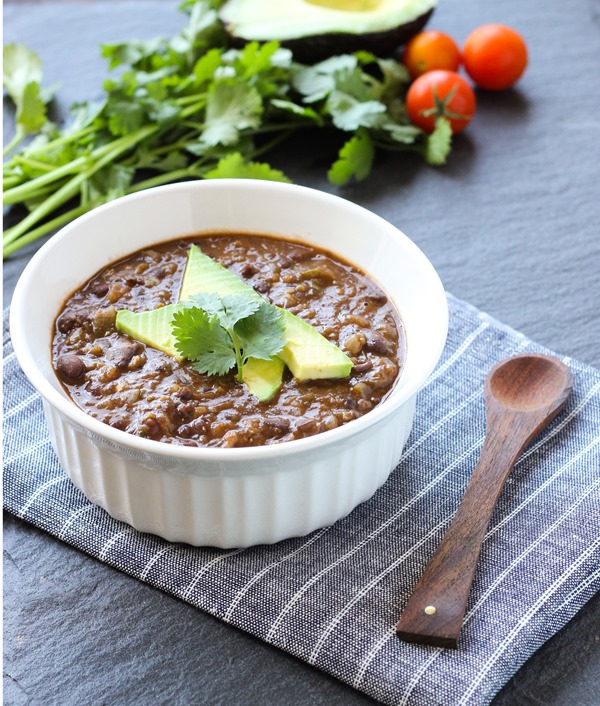 Speaking of restaurants, I’m sure most of you have been to a Hibachi grill at some point, yes? You know, where they wear those really tall chef hats, burn your eyebrows off, yell at you and then throw food at your face while you try to catch it like a dog?

My favorite part is the free spritz of Japanese-kitchen-scented perfume you get while you’re there. There’s nothing better than leaving smelling like smoky oil and fish for the rest of the night…mmmm. 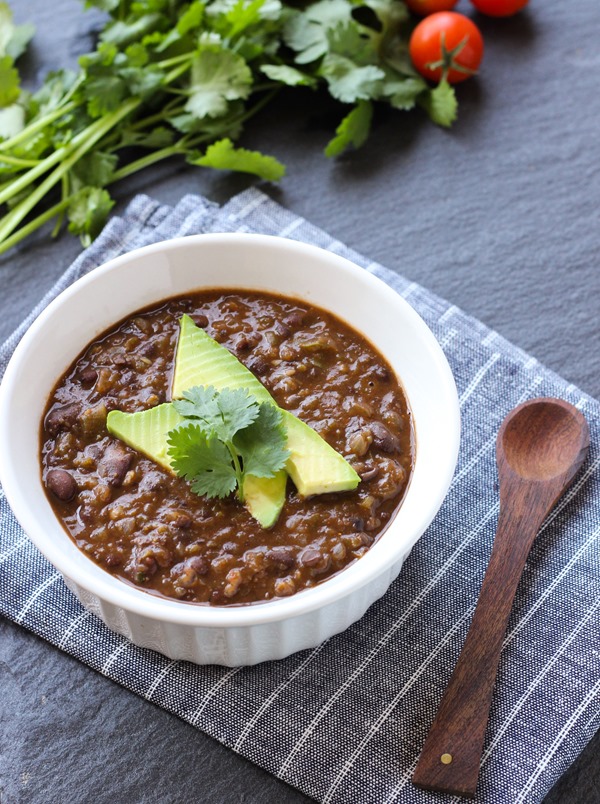 At said restaurants, they usually serve you rice with your meal and most of them even offer you the option of white or brown. Isn’t that just lovely?

Yes. Well, because I am the most exciting person on the face of the planet, I always order vegetable fried rice, but I specifically request that they make it with brown rice instead of white. Right about then is when they all stop and look at me like I have three heads.

Then I get the usual, we don’t make fried rice with brown rice.

What? What do you mean? It’s the same thing. Just throw some brown rice on the grill, light a fire, crack a frickin’ egg and then throw it at my face. 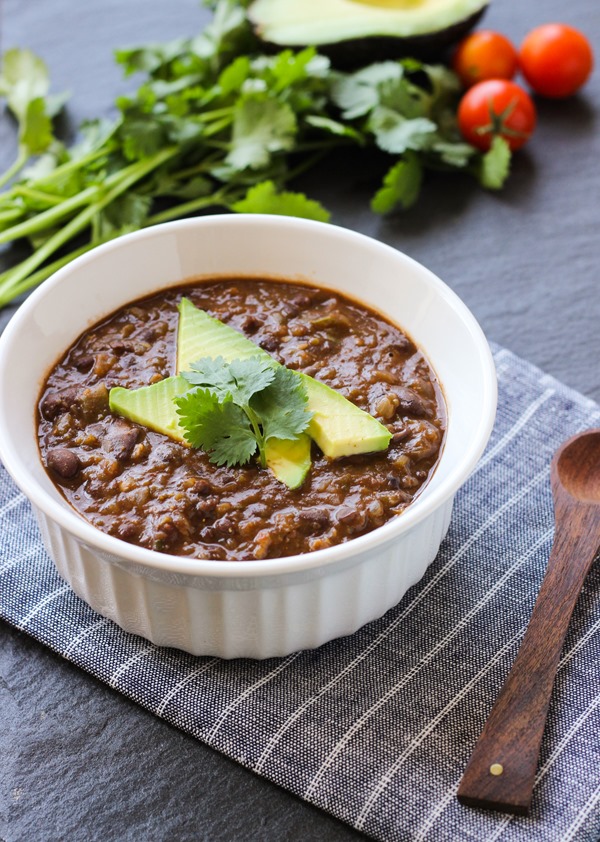 Apparently, it’s a big deal to ask for brown fried rice instead of white. Try it sometime and watch the immediate look of horror on their faces.

So my point in all this is that the original recipe for this soup called for white rice but, wouldn’t you know, I changed it up and used brown instead. Right, I’ve made that point. 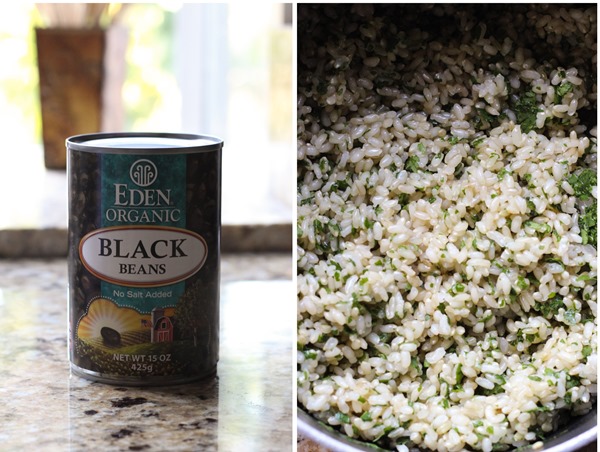 I’ve eaten more than my fair share of black bean soups but I’ve never made my own at home and let me just tell you, I regret not making it sooner.

It’s thick and creamy and you can adjust the flavors and spices to suit your needs. Plus, this version with cilantro-lime rice really takes it over the edge. I can’t even try to describe it, you just have to try it for yourself.

juice from 1/2 lime (about 2 tablespoons) 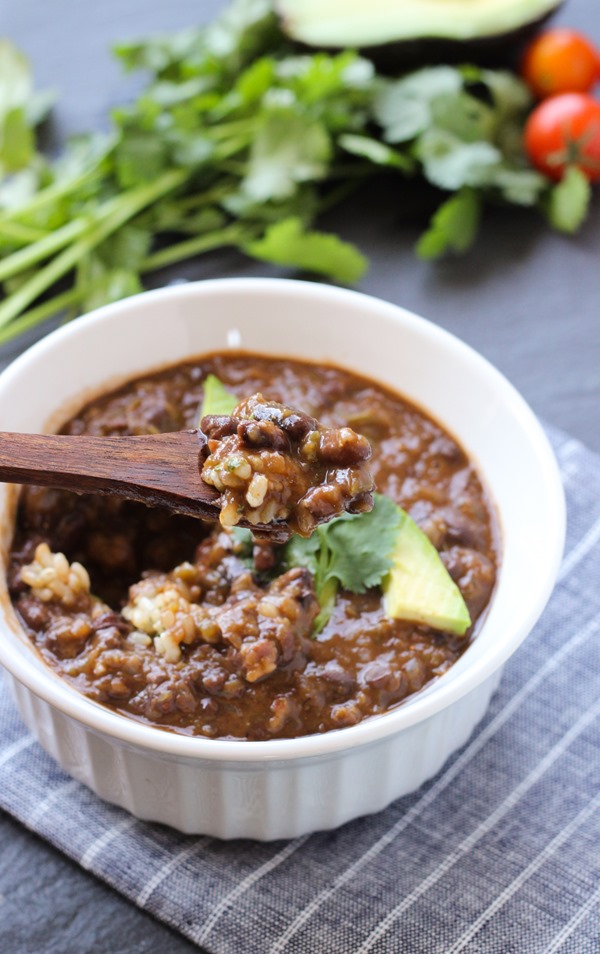 This soup really lives up to it’s name. I highly recommend trying it with the avocado as the creamy texture pairs perfectly with the spices, cilantro and black beans.

Do you prefer white or brown rice? 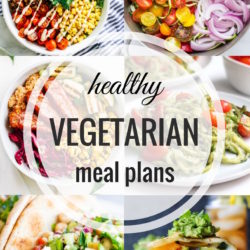 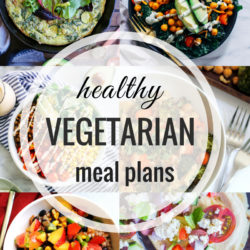 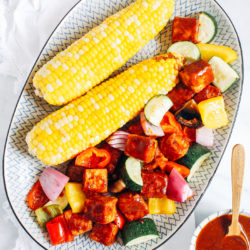