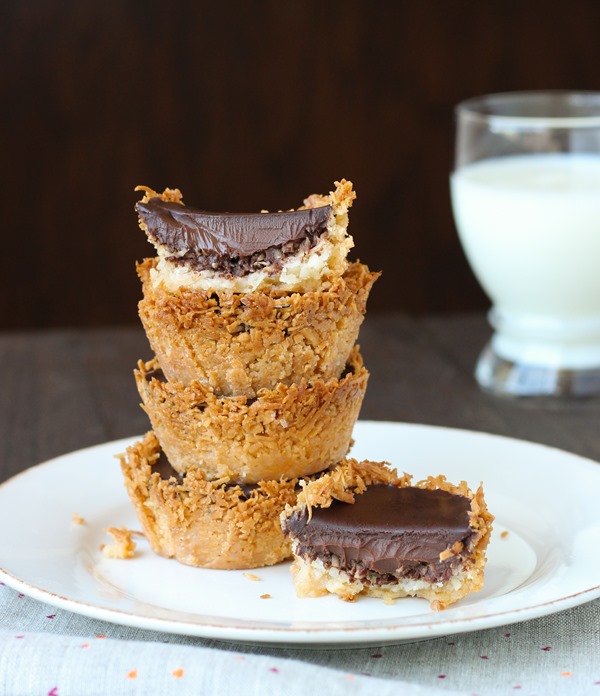 One of my all time favorite desserts is chocolate pie, better known as French Silk pie. There’s just something about the way the decadent, creamy chocolate melts in your mouth that seems to make all of your worries wash away.

But of course, like most prepared foods that I take the time to investigate, the ingredient list is usually full of unrecognizable ingredients. In attempt to make a somewhat healthier version, I set out to bake my own chocolate pie at home. Then as I paged through all of the traditional recipes, I found that most recipes use raw eggs, loads of butter, sugar and heavy cream. I honestly can’t tell you the last time I bought butter or heavy cream and the thought of eating raw eggs makes me gag a little.

Recently I found myself perusing Marin Mama’s site and saw a recipe for a dark chocolate pie made with a coconut crust that stopped me in my tracks. As a lover of dark chocolate and coconut, I absolutely had to make this happen in my kitchen. Jackie’s recipe didn’t have any added sugar or raw eggs; just heavy cream and butter which I could easily replace with vegan margarine and coconut cream. 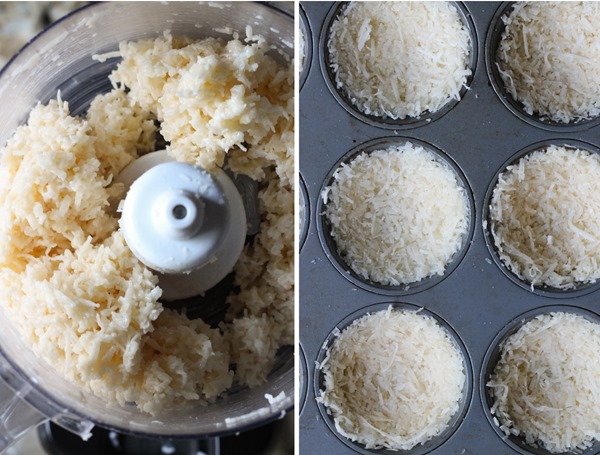 Somehow after moving through three different states, I managed to lose my pie dish but the recipe worked fine as mini pies made in my muffin tin.

The tricky part is that the coconut can burn pretty easily, so you have to get fancy and cover the parts on the edges with tin foil so that they don’t burn in the oven. 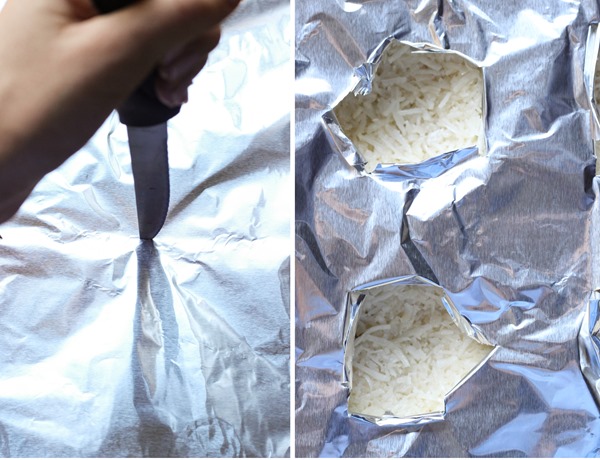 I cooked mine for ten minutes with the foil on and then five more without the foil but I’m sure you could cook it less or more depending on how crispy you like the coconut. 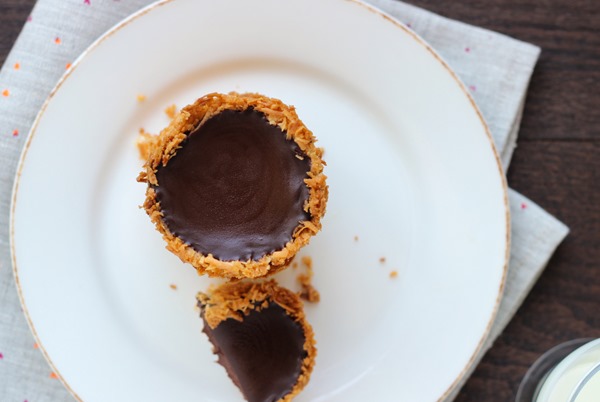 The crust comes out with slightly crunchy edges but the inside still has that delicious soft and chewy coconut texture.

And I think the chocolate filling speaks for itself. It’s not as light and airy as French silk pie but it’s still creamy and chocolately enough to satisfy the craving. 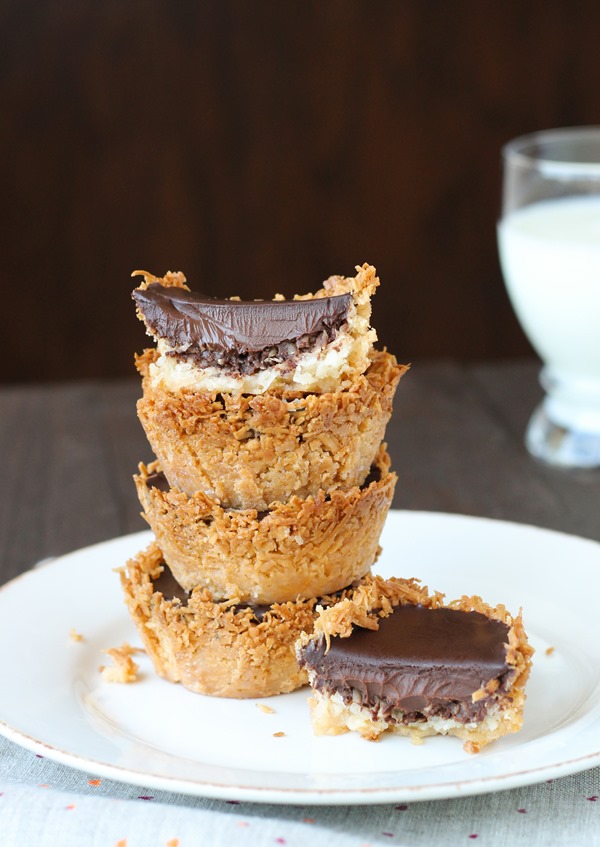 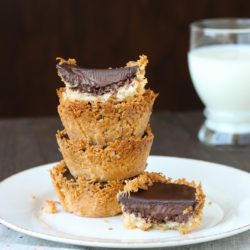 Preheat the oven to 350°F then grease or line a non-stick muffin tin. If your pan isn’t non-stick then you will need to use liners.

Place 1 cup of the coconut into a food processor along with the vegan butter and coconut oil. Pulse for thirty seconds until the butter appears blended with the coconut. Remove the mixture and place it into a large bowl with the remaining coconut. Combine everything with your fingers until it is mixed together well.

Taking a few tablespoons of the coconut mixture at a time, press it into the muffin tin, shaping it up the sides to form a crust. Continue until you have used all of the mixture which should make ten mini pies. Cover muffin tin with a sheet of tinfoil and then feel for the center of each one and poke a hole with a sharp knife. Pull the tinfoil back so that hole is about 2 inches in diameter.

Bake in the oven for ten minutes then remove foil and cook for another five minutes until light golden brown. The coconut can burn easily if you don’t keep an eye on it, so be sure to stay in the kitchen while you’re baking the crust.

Make the filling while the crust is cooking by warming a sauce pan over medium heat. Pour the coconut milk into the pot and heat until it starts to bubble. Chop your chocolate with a knife or break it apart with your fingers then add it to the saucepan. Turn the heat to low and whisk until chocolate and coconut cream are well-combined. Remove from the heat and set aside.

Pour about 1/4 cup of the chocolate mixture into each muffin tin then put it in the refrigerator to chill for at least 4 hours. When you are ready to remove them from the muffin tin, you will have to use a butter knife to release the edges. Serve with coconut whipped cream and/or chopped nuts and enjoy!

Store in an airtight container in the refrigerator or cool room temperature for up to one week. They can also be frozen for up to 3 months. 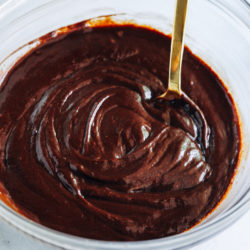 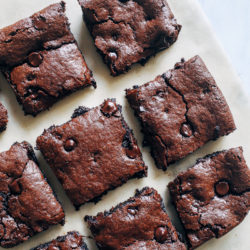 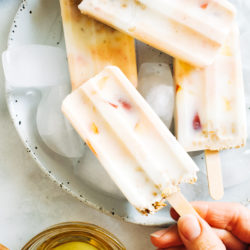